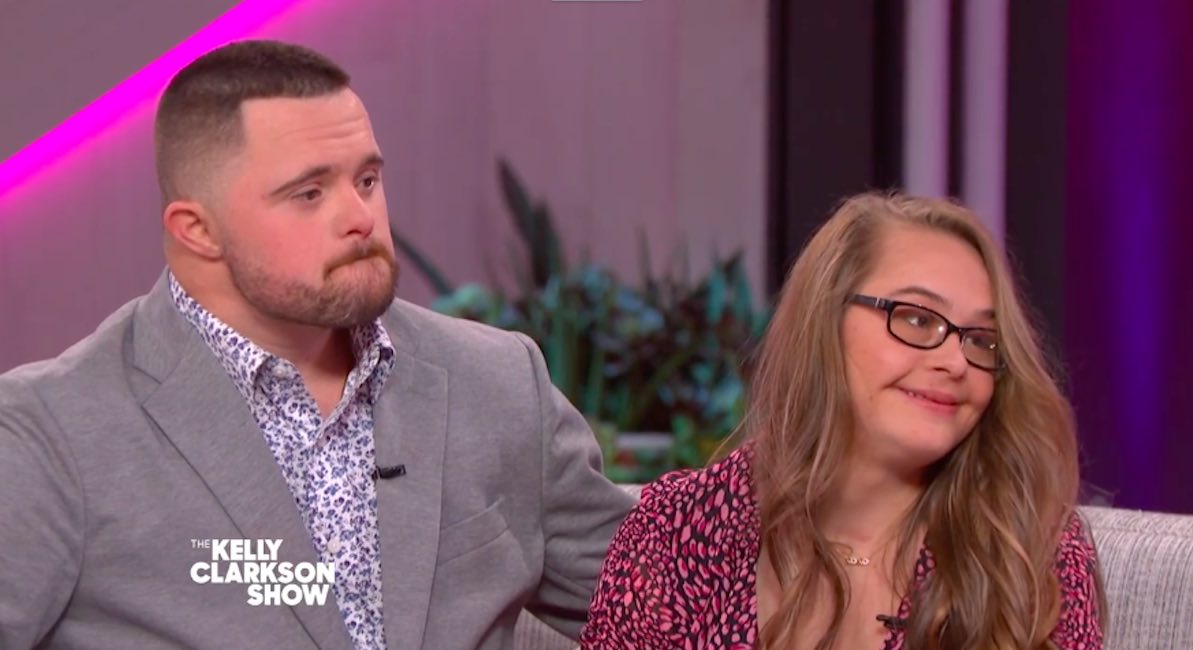 Nick and Gabi, who both have Down syndrome, met and fell in love, as many people do. But what makes their story special is that a video of them went viral and led to the couple’s appearance on The Kelly Clarkson Show.

The video of Nick and Gabi features their surprise reunion and it is beautiful. It’s raw emotion lived out in a world in which showing true feelings is often seen as something to be avoided. Nick and Gabi can’t contain that joy and that’s an amazing gift to have – to love someone and be loved by someone so much that you don’t think twice about showing it or letting other people see it. Their love is a gift to us all.

Couple With Down Syndrome's Emotional Reunion Brings Everyone To Tears

"She's beautiful, she's amazing, and I'm so proud" 😭 It was love at first sight for Nick and Gabi when they met at a conference for people with Down Syndrome, but they forgot to trade contacts. Watch for the amazing story of how their moms helped reunite these lovebirds ❤️

Posted by The Kelly Clarkson Show on Wednesday, February 5, 2020

But when their parents first learned that Nick and Gabi had Down syndrome, those moments weren’t so joyful. Doctors didn’t burst into the room with happy tears celebrating the gift of a new baby. In fact, Nick’s mom told a shocked Kelly:

I think part of it for me is the guilt when he was born it’s like, “Uh I’m really sorry your son has Down syndrome.” That’s literally the way they deliver the message. And it is so opposite. So you feel, like, really sorry for yourself as a mom for a couple of weeks or minutes or whatever and then you just this, ya know, every day, every year has just been building… It is the best gift I’ve ever received.

Kelly was surprised to learn that doctors often offer a negative perspective when delivering a diagnosis of Down syndrome, but that’s the way it’s been for generations. Individuals with Down syndrome have been forced to prove their worth to society. But their worth isn’t in their abilities or their disabilities. They are worthy simply because they are human beings with intrinsic value that can not be taken away by society’s desire to “eradicate” Down syndrome.

Gabi’s mother shared the story of how no businesses would give Gabi a job because of her Down syndrome. So Gabi took matters into her own hands and started a coffee company called Gabi’s Grounds. She is raising money to open a cafe to employ other individuals with disabilities. She has wanted to have a restaurant since she was a child.

The other guests on the show, including pro-choice comedian Whitney Cummings and chef Wolfgang Puck, along with the audience, applauded the love story and the coffee business. Cummings was even shown dabbing away tears.

Watching individuals overcome the challenges in their lives – with or without disabilities – is inspirational. But Gabi and Nick also overcame targets placed on their backs by an abortion culture which preaches that women should be able to abort babies based on a prenatal diagnosis of Down syndrome or any other health condition. Yet those same individuals would likely applaud Nick and Gabi today.

Through Nick and Gabi’s story, the world should be inspired to end discriminatory abortions — and all abortions.