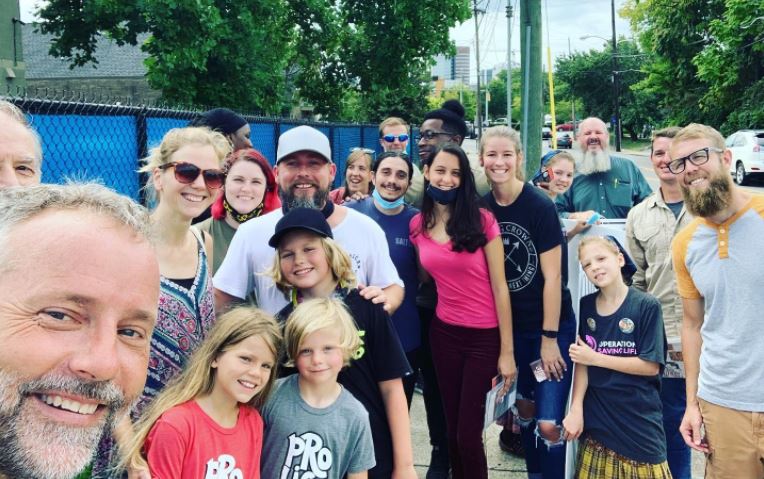 Members of a popular Christian band recently shared an image of themselves praying outside of a Planned Parenthood abortion business in Nashville, Tennessee. They were joined by other pro-life volunteer sidewalk counselors working to save lives from abortion.

“Voting pro life is not enough, praying is not enough, we need to be on these sidewalks, holding hands, loving and providing practical alternative choices,” We are Messengers wrote in the social media post shared on both Facebook and Instagram on August 26. The group went on to declare unabashedly, “So we are officially coming out and saying it, we are pro woman, pro baby, pro life and pro the Kingdom of God breaking in and changing everything.”

Spent this morning outside @plannedparenthood in Nashville with an incredible group of volunteers. We loved on mothers,…

Posted by We Are Messengers on Wednesday, August 26, 2020

We are Messengers has not been shy about their pro-life stance. In January, they performed live at the 47th annual March for Life in Washington, DC. At the time, lead singer Darren Mulligan wrote on the group’s Facebook page, “This is a momentous event and one of those moments we can all see the world changed. We have never been afraid to stand for what matters but as you can imagine the opposition will come. Love you all!”

Sidewalk counseling — peacefully talking with abortion-minded women and offering life-affirming alternatives to abortion — has saved many lives from abortion. Live Action News recently featured a story of a young father who told sidewalk counselors outside of an Illinois abortion business that he and his wife changed their minds about having an abortion simply because the pro-life counselors were present at the abortion facility.

“A week ago, we were thinking about coming here and, you know, getting an abortion and everything but… then we saw how many people out here… actually kinda care—and we were right across the street over there—and… me and my wife were just looking and we were just saying, like, ‘Man, a lot of people do care about this,” he explained.

READ: Parents refuse abortion for baby girl with tumor that outweighed her by a pound

Conversely, Betty Parquette, who underwent two abortions, told Live Action News in 2019 that no one was praying outside of the clinic either of the times she had an abortion and that if there had been a pro-life presence outside the abortion business, she would have changed her mind and chosen life.

We are Messengers’ first studio album was released in 2016 and reached the Top 10 on Billboard’s album charts. Several of their popular singles include “Everything Comes Alive,” “Magnify,” and “Power.” In May, they released video of their catchy, upbeat remix of their 2019 hit “Love” that has been viewed almost 300,000 times.