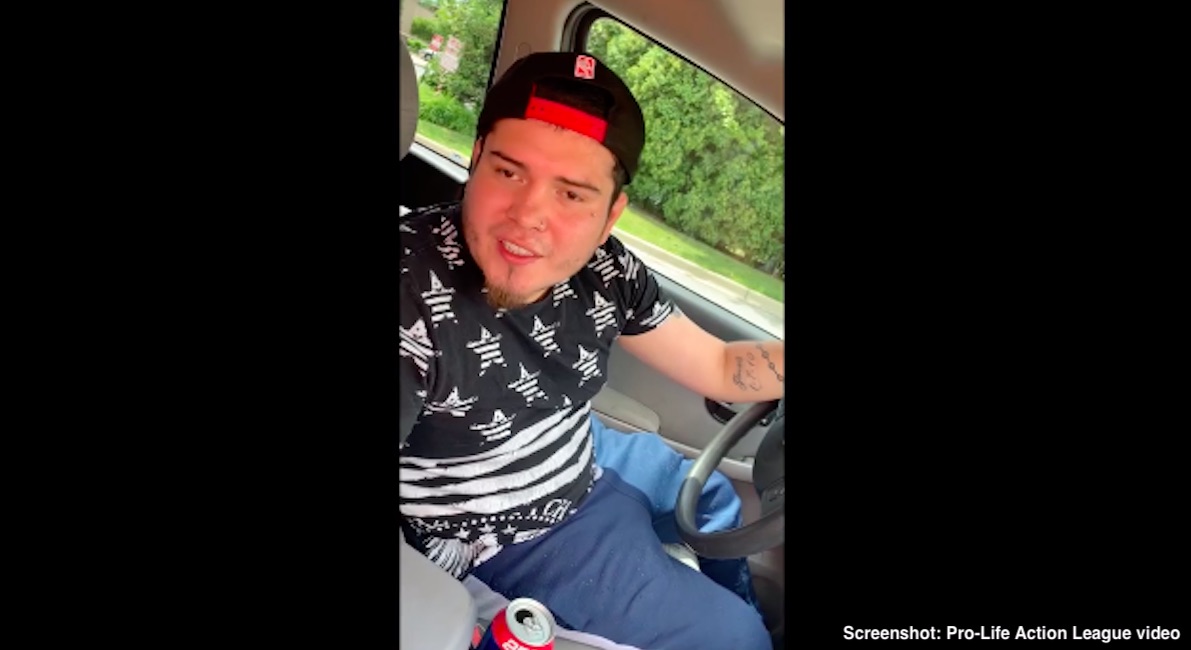 A couple has chosen life for their baby thanks to a pro-life presence outside Planned Parenthood in Aurora, Illinois.

“A week ago, we were thinking about coming here and, you know, getting an abortion and everything but… then we saw how many people out here… actually kinda care—and we were right across the street over there—and… me and my wife were just looking and we were just saying, like, ‘Man, a lot of people do care about this,'” the husband explained to John from Pro-Life Action League, which shared the video on Facebook.

Because there were pro-life people outside the Planned Parenthood, the couple decided not to go through with an abortion, but if no one had been there that day they may have gone through with it.

“To me it’s murder if you do this. To me it’s murder,” he explained, sharing that they found out about the pregnancy when his wife was eight weeks along. The couple took the time to do their own research into abortion and learned about the development of the baby, including the information that their baby had a heartbeat and arms and legs.

He asked the pro-lifers to pray for him to find a better job and added that he hopes God will make it work out for his family. The couple already has two children and feels God will help them through this difficult time.

He added that he hopes a lot of people change their minds like he did because it’s a “good” feeling to have chosen life even though it’s “scary” to have another baby. He told them that he knows that if people who don’t even know him care about his baby and his family, then God must care too.

Pro-life sidewalk counselors make a huge difference in the lives of the men, women, and children they help outside of abortion facilities. This is the sole reason why abortion groups such as NARAL Pro-Choice America are working so hard to push laws that will ban the presence of pro-life advocates outside abortion businesses. Every baby saved from abortion is money their businesses don’t make.