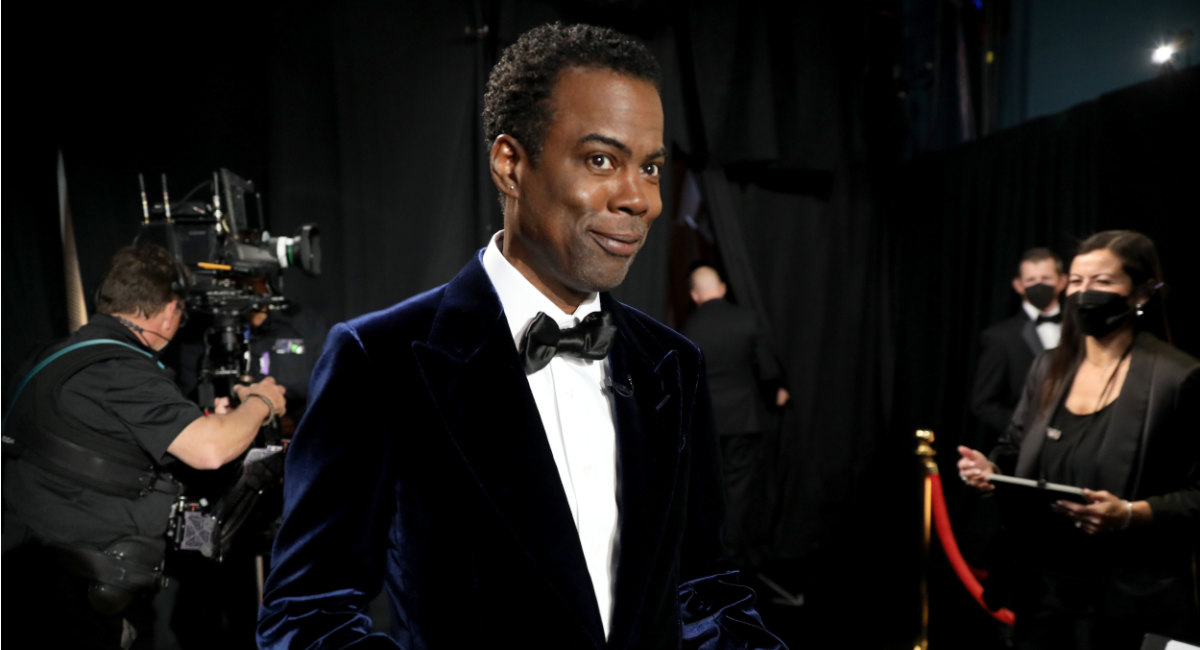 “Pro-choice” comedian Chris Rock is currently on tour following his latest viral stint as the Oscar host who got slapped by Oscar winner Will Smith. During his March 2 show at the Borgata in Atlantic City, Rock joked about the idea that abortion could ever be safe, joining other abortion-supporting male comedians in pointing out the truth of what abortion is: homicide.

According to Philadelphia Magazine, tickets for Saturday’s show reached $1,000 each. But the audience faced a less-funny, more cringe-worthy moment, according to the news outlet, when Rock mentioned the topic of abortion. The magazine reported:

“Ladies, if you have to pay for your own abortion, get an abortion,” Rock said from the stage. “Leave these minimum wage d*cks alone.”

Rock’s comments on the idea of “safe abortion” are dead on. As Live Action News and other pro-life organizations have been pointing out for years, the notion that abortion could ever be “safe” is an absurd falsity. The goal of an abortion is to end the life of an undelivered baby, and these killings are carried out by brutal and inhumane methods such as D&E abortion — a procedure that dismembers a child who is often still alive. The abortion industry touts abortion as “safe” and “health care.” Meanwhile, an unknown number of women are injured and even killed by so-called “safe” and legal abortions each year.

Fellow comedians Dave Chappelle and Louis CK have made similar comments about the fact that abortion is killing, despite their pro-abortion positions.

In his 2019 Netflix special, Chappelle called abortion a “right” but added, “Gentlemen, that is fair. And ladies, to be fair to us, I also believe that if you decide to have the baby, a man should not have to pay. That’s fair. If you can kill this mother f—–, I can at least abandon ’em. It’s my money, my choice. And if I’m wrong, then perhaps we’re wrong. So figure that s— out for yourselves.”

Likewise, during his 2017 Netflix special, Louis CK joked, “I think abortion is exactly like taking a s—. I think it is 100% the exact same thing as taking a s—. Or it isn’t. It is, or it isn’t. It’s either taking a s—, or it’s killing a baby. It’s only one of those two things. It’s no other things.”

Louis CK then said he thinks women should be allowed to kill babies through abortion — to which the audience cheered and applauded. He mocked them: “Whoo! We get to kill babies! Let’s do some shots and kill some babies.”

Comedian Bill Burr has also taken on abortion. “I don’t like people telling me what to do, and I was just like, ‘It’s your body. Who the f*** am I to tell you what to do with your body?’ So that always made sense. … However, I still think you’re killing a baby. See? That’s where it gets weird. Like, I sit on the fence and the whole thing makes sense to me. When anybody’s saying, like, ‘Don’t tell me what to do. It’s my body, my choice.’ [I say] That’s right, man, she’s right. Leave her the h*** alone. ‘Well, you’re killing a baby!’ … Well, I mean, there is that. You know?”

Warning: Graphic language in the video below

He continued, “If we’re gonna be honest, that is the whole purpose of the procedure [killing the baby]. You’re not going in there ’cause you got an earache. You’re going in there ’cause ‘I got a baby in me, get it the f*** out of there!’ Right? You walk in with the baby, you come out without one. What happened to the baby, right?”

Burr goes on to argue that pro-choicers claim “it’s not a baby yet” and that his “gut” tells him that “doesn’t make sense.” He states, “That would be like if I was making a cake and I poured some batter in a pan and I put in the oven and then five minutes later you came by and you grabbed the pan, you threw it across the floor. And I went, ‘What the f***?! You just ruined my birthday cake.’ And then you’re like, ‘Well, that wasn’t a cake yet.'”

Each of these men is pointing out the obvious: abortion kills human beings. Everyone knows this, yet pro-abortion Americans erroneously believe that killing undelivered babies is acceptable and even necessary, while the abortion industry and pro-abortion politicians believe it should be celebrated and expanded so that more babies can die.

As Rock said, there are “better” choices than abortion. Death is not a valid solution to an unplanned pregnancy. If you become pregnant and need support to help you choose life, contact one of the thousands of U.S. pregnancy resource centers for help.

Editor’s Note 7/24/22: This article was updated to include quotes from comedian Bill Burr.