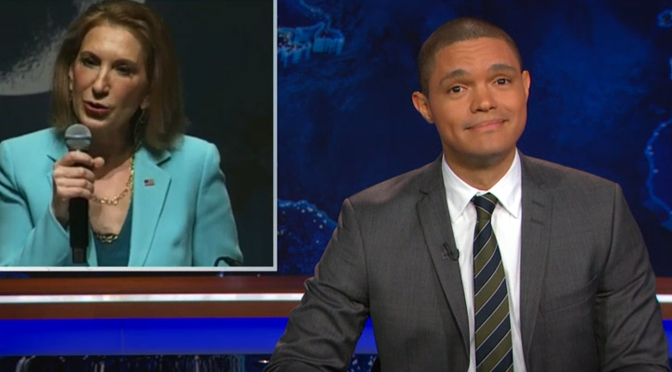 On January 6, comedian Trevor Noah of the Daily Show gave an impassioned monologue defending the emotion President Obama displayed while addressing gun control. Noah’s segment was soon trending on Facebook, and Esquire Magazine labeled it “a turning point” in his career.

In reference to the President’s tears, Noah said,

See that thing you’re feeling right now, that pain in your chest that comes from watching someone weep on national television, because he knows that society can do better than to file the shooting of children under ‘s— happens.’ That feeling is how you know that you’re human.

Noah then tore into the critics who suggested Obama’s tears were faked.

Here Noah’s laudable moral outrage stands in sharp contrast to his crude and careless mockery on October 5, when he addressed the undercover videos exposing Planned Parenthood’s trafficking in fetal body parts. In that monologue, Noah suggested that the videos must have been produced by “some sort of pro-life James Bond.” He flashed a picture of the spy wearing a T-shirt with the slogan “choose life” while his audience roared with laughter. Noah then switched to a picture of a scantily clad woman seduced by Bond and quipped:

James Bond is obviously pro-choice. Think about it. When the kind of p—- you can get is described as “galore,” you’re going to have a few accidents.

Once again, his audience erupted in laughter. Noah continued on with his monologue, ridiculing the outrage sparked by the videos and mocking pro-life attempts to outlaw late-term abortions.

Now Noah is correct to assume that men who treat women the way James Bond treats women are probably pro-choice. No doubt men who view women as objects of sexual gratification find abortion a convenient recourse. But this is nothing to laugh about.

One of the undercover videos shows a Planned Parenthood worker casually sifting through the “war-torn” remains of an aborted fetus, looking for organs to sell. In another video, a woman describes taking a baby who was born during an abortion, cutting open his face with scissors while his heart was still beating, and harvesting his brain.

Instead of grief and outrage, Noah’s response to such videos is mockery.