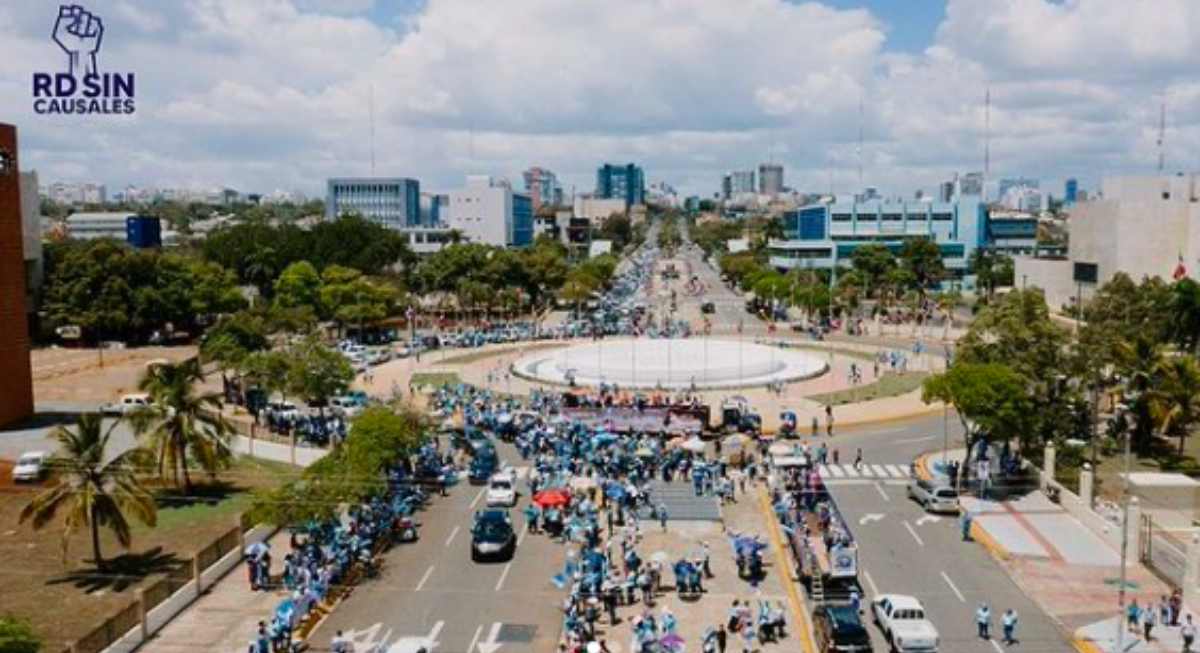 The Dominican Republic, which has some of the strongest pro-life legal protections for preborn babies in the world, is facing renewed pressure from the abortion lobby to liberalize the country’s abortion laws. In response, thousands of Dominicans turned out at the capital in their cars to show their support for existing pro-life laws.

Pro-abortion presidential advisors in the Dominican Republic have distilled three of the most common reasons cited by abortion proponents for legal abortions, and have recommended the legislature examine the legalization of abortion based on these grounds. These so-called “three causes” for women to be able to legally obtain abortions are: for danger to the life of the mother, in the cases of rape or incest, and in instances of serious fetal deformations. President Luis Abinader has expressed support for the initiative.

In response, pro-life demonstrators from the greater Santo Domingo area traveled by car and by foot in what they deemed the “Celestial Caravan.” The demonstrators, who waved the light blue flags common to Latin America symbolizing commitment to the sanctity of life, converged on the National Congress with a clear message: “The Dominican Republic is pro-life!” Other protestors echoed the message of pro-lifers in Argentina: “Let’s save both lives!”

According to Diario Libre, the protestors read a manifesto at the event asking for legislators to respect Article 37 of the constitution that protects human life from conception to natural death. “Nothing and nobody can legalize the death of a human being, be it fetus or embryo, child or adult, old or sick, incurable or dying,” read the manifesto.

This attack on pro-life protections isn’t new. In 2014, the Dominican government enacted an amendment to the penal code that would have made abortion legal under similar grounds. In 2015, the Supreme Court ruled the legislation unconstitutional based on an 1884 law. But despite the country’s firm and history commitment to life, pro-lifers speculate that internationally-funded organizations are behind the presidential advisors’ push for a bicameral commission to revisit abortion liberalization.

The country’s Catholic bishops and other pro-life religious leaders have pushed back against the so-called three causes. “All three instances (in which the advisors suggested allowing abortion) are murder. If they approve any one of them, whichever it is, it’s a murder,” said Archbishop of Santo Domingo, Francisco Ozoria, according to Reuters.

Others pointed out the abortion movement isn’t some local groundswell. “The support of abortion emerges from an international agenda,” Monsignor Víctor Masalles, archbishop of the Diocese of Baní, told El Nacional. “The [proposed three] causes are legal concepts that open the way to abortion on demand.”

Abortion activists have tried to use their success in Argentina, which legalized abortion up to 14 weeks’ gestation in 2020, as a catalyst to overturning pro-life laws across Latin America. According to El Nacional, Reverend Fidel Lorenzo, president of the Equity and Social Justice Foundation, claimed that key ministries pushing the abortion liberalization are being funded by international abortion activist organizations.

For now, pro-lifers appear poised to defeat the pro-abortion measure. According to El Nacional, the general secretary of the country’s Christian Social Reform Party, Rogelio Genao, claims to have a list with signatures of 19 of 32 of senators who oppose legalizing abortion for the three causes. Genao also claims that 110 of 190 members of the Chamber of Deputies oppose abortion.