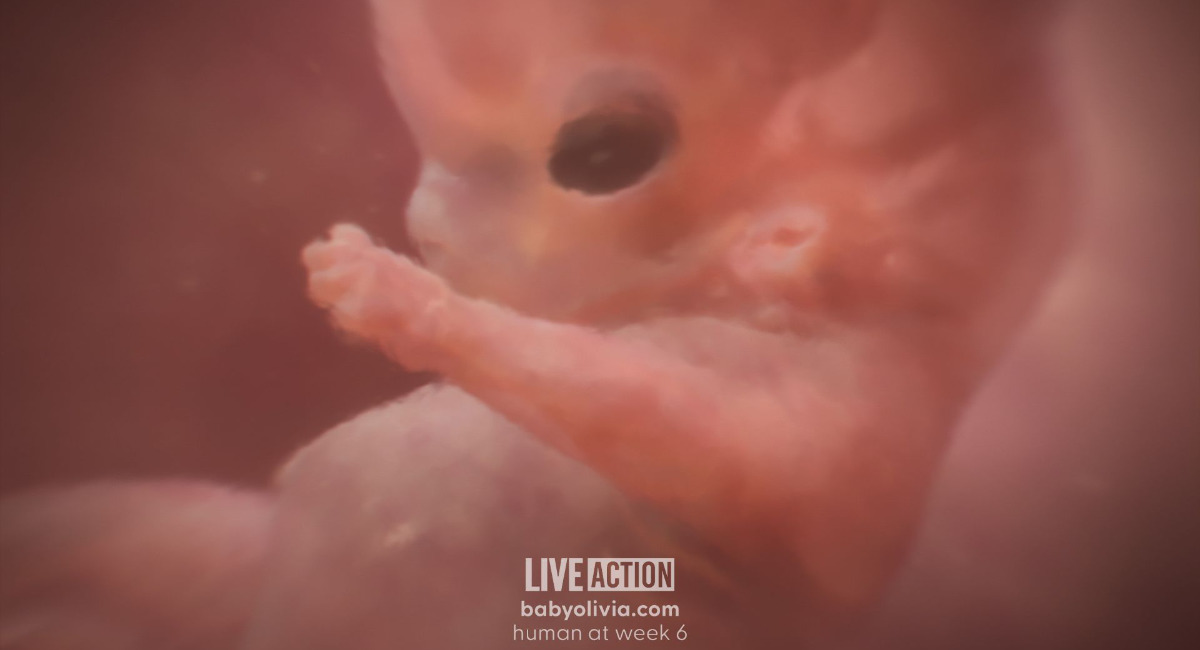 A recent Business Insider piece features misleading information sourced only from abortionists and abortion-friendly organizations. In the article, writer Bethany Dawson makes the shockingly misleading claim that a preborn child’s heartbeat isn’t present at six weeks and that “the sound of the thumping is from the machine.”

This sort of obfuscation and attempted dismissal of clear signs of life in the womb isn’t new; some of the same abortion apologists attempted to redefine “heartbeat” back in 2019 as “heartbeat bills” became increasingly popular.

“At six weeks of gestation, those valves don’t exist,” said abortionist Dr. Nisha Verma, who works for the highly pro-abortion American College of Obstetricians and Gynecologists. She added, “The flickering that we’re seeing on the ultrasound that early in development of the pregnancy is actually electrical activity, and the sound that you ‘hear’ is actually manufactured by the ultrasound machine.”

In addition to Verma, Business Insider quotes Dr. Jennifer Kerns, an abortion professor with the Bixby Center for Global Reproductive Health at UCSF. She claims that the heartbeat noise parents hear is not a sign of a working heart or a functional cardiovascular system. The pro-abortion Guttmacher Institute is also cited as saying that the notion of an embryonic heartbeat is false.

An internet search of Verma and Kerns reveals that they are among the favorites quoted by pro-abortion media.

The article refers to a 12-year-old 2009 study called “Human Cardiac Development in the First Trimester: A High Resolution MRI and Episcopic Fluorescence Image Capture Atlas” to back up the claim that the heartbeat doesn’t exist at six weeks. Business Insider uses this research to state that the heart valves aren’t formed until at least nine weeks.

Business Insider skipped over some information from this study, which actually says that “by 8 weeks gestation… separate atrioventricular valves can be seen… with left side mitral and right sided tricuspid valves forming.” The study also states that the images were generated from 52 human embryos from six weeks and four days to nine weeks and three days estimated age. “These stages encompass the developmental window during which all of the major milestones of cardiac morphogenesis [formation of structures] can be observed.”

In addition, according to Lumen Learning Anatomy and Physiology, “The human heart is the first functional organ to develop. The heart begins beating and pumping blood around day 21 or 22, a mere three weeks after fertilization.” That’s is five weeks since a woman’s last menstrual period. It’s the first organ to develop because the rest of the body, including the already developing brain and spinal cord, needs that pumping blood in order to be nourished and continue to grow. While the heart does not look or function the same as an adult heart, it is still a heart that is pumping blood and beating. That “electrical activity” that so many abortion apologists refer to is cardiac activity.

READ: ‘Pulsing cells’: 13 ways the media has dehumanized humans in the womb

The human heart has developed 4 chambers by Carnegie stage 22, approximately 8 weeks (56 days) post-fertilization. But it has been beating and circulating blood throughout the body of the developing embryo since about 26 days. It was only a simple tube at that stage, then developed 2 chambers, then split those 2 into 4 chambers which were complete by about 56 days post-fertilization.

Pro-abortion Kerns also points out that at six weeks the preborn child is still in the embryonic stage and therefore the term “fetal heartbeat” is inaccurate. While it’s true that at this stage the correct scientific term would be “embryonic heartbeat,” OB/GYNs caring for a “wanted” baby would call this the baby’s heartbeat. The actual labeling involved is not important and proves that abortion advocates are grasping at straws to argue that a human being in the womb isn’t human enough to deserve the right to live her life.

Abortionists and abortion professors stand to lose money when abortion is restricted, and therefore, will pull out all the stops to mislead Americans on fetal development. Any parent who has listened to their preborn child’s heartbeat or has waited on pins and needles for the doctor to find the heartbeat knows that what they are hearing is the sound of blood flowing through the heart — and that sound is being amplified by a machine. On some occasions, the doctor will also pick up the sound of the mother’s heartbeat and will point out both heartbeats to the parents.

Regardless of whether the embryonic heart looks or acts differently than an adult heart, it is a functioning heart pumping blood. To claim otherwise is simply dishonest.