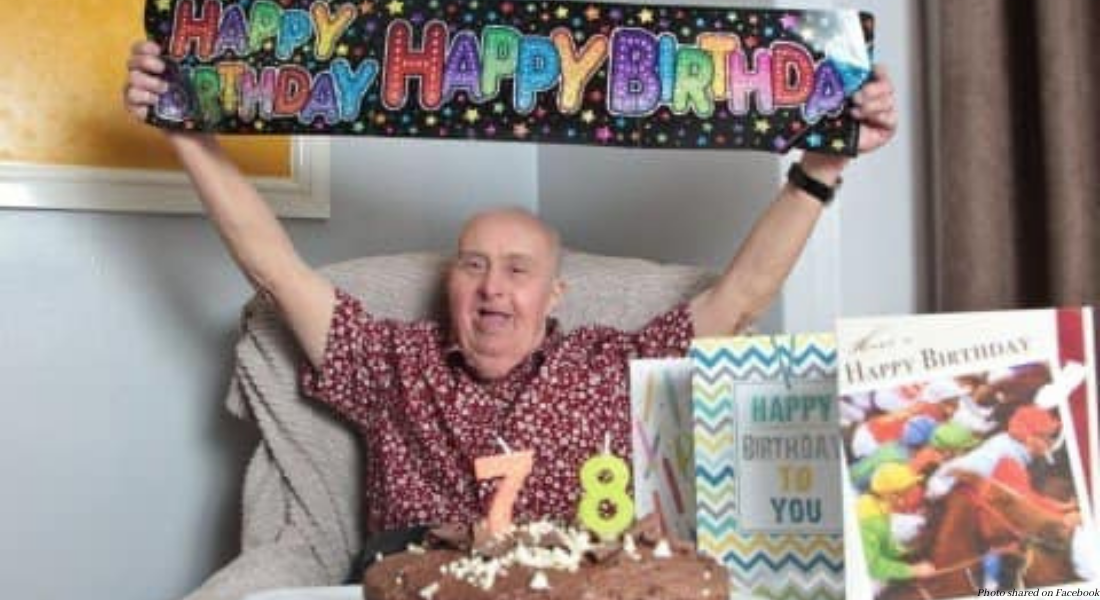 Robin Smith, the oldest person with Down syndrome in Britain, has passed away. He was 78 years old.

Smith was born in 1941, at a time when most people with Down syndrome were institutionalized, and many of the medical conditions that people with Down syndrome are at higher risk for went untreated, which inevitably led to shorter lifespans. Instead, Smith grew up with his parents, Ivy and Sid, and his siblings, Elizabeth and Iain. According to Iain, Smith had lived at Northleigh Residential Home in Kettering since 1986, where he thrived and was loved by the staff.

Rest in peace Robin Smith 😢The UK’s oldest man with Down Syndrome has died aged 78. Robin Smith was given a life…

“Robin spent 34 years at Northleigh and this was where he was happiest, with the amazing staff and residents,” Iain told the Daily Mail. “To all the staff I would like to say a massive thank you for their kindness and amazing care and Robin clearly adored them all.”

To celebrate Smith’s life, the staff at Northleigh will have a “night to remember” party next week, on what would have been his 79th birthday. “Robin was the legend of Northleigh. I was so happy to work with such a caring and special individual,” Billy Fulcher, a support worker, said. “Robin was more than a resident to me he became part of my family. He touched everyone’s heart in that way. I take great pleasure in knowing I was part of his life. He had such a beautiful soul and he had a laugh I will never forget. He lit up a room with his twinkly eyes and cheeky smile and no-one that met him could resist adoring him.”

READ: The doctor called her ‘it’: Parents recall horrible Down syndrome diagnosis experiences

At his birthday party last year, Smith shared his secrets for his long life. “It’s important to have an active lifestyle and keep as busy as possible,” he said, according to The Mirror. “I like to do a bit of dancing whenever I can.” He also loved yoga, karaoke, and watching soap operas.