A UK Member of Parliament (MP), instrumental in the decision that is forcing abortion laws upon an unwilling Northern Ireland, wants to make sure that the people of Northern Ireland will have no say in the matter.

During a debate about the implementation of the law, called the Northern Ireland (Executive Formation etc) Act 2019, Stella Creasy, MP for Walthamstow, wanted to be extra sure that “the human rights of the people of Northern Ireland should not be abandoned in the face of political indecision.”

“We are 35 days away from the possibility that these clauses will become law, so will [the Minister] give us some more detail?” she said according to the Society for the Protection of Unborn Children. “Can he confirm whether there is going to be public involvement in that consultation? It is really important for this House to be clear that, just as we would not ask non-medical professionals to consult on how to conduct a vasectomy, we should not do so when it comes to an abortion.” Creasy later repeated the ludicrous claim on Twitter. 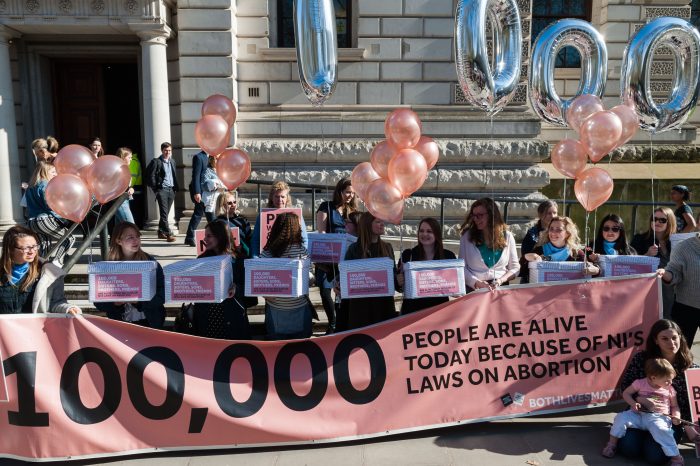 Abortion is not a medical procedure like a vasectomy. It is the intentional, violent killing of a preborn human being through dismemberment, starvation, or other means. As such, the people of Northern Ireland absolutely have a right to have their dissent registered to the legalization of the procedure on their land, rather than having it forced upon them by London.

Creasy herself has been at the heart of a struggle over abortion rights ongoing in Northern Ireland to date. Because Northern Ireland’s government has been absent since 2017 due to a falling out between the major ruling parties, Westminster has decided to use this issue to attempt to force the government to re-convene. If the parties do not reconvene before October 21, the laws Westminster passed for Northern Ireland that include the legalization of abortion in the country – possibly even up to 28 weeks – will go into effect. Creasy was instrumental in leading the push for this legislation, claiming that a lack of access to abortion is a violation of human rights.

But while the external legislation on this issue threatens peace in Northern Ireland, the people of Northern Ireland are not backing down, holding protests and rallies for the unborn.

Several pro-life MPs have raised the alarm about what the rush to implement abortion could mean for Northern Ireland. Fiona Bruce called attention to the fact that with no legislative framework in place, there could be virtually unrestricted, unregulated abortion in the country starting in a few short weeks. She explained: “[T]he people of Northern Ireland will find themselves in a situation where the provision of abortion, from conception up until the point of viability, which could be as far as 28 weeks,” and that, after abortion is legalized, there will be a time before it can be regulated “when there will, in effect, be no law regulating abortion at all in Northern Ireland.”

The age of viability is continuously being pushed back with children as young as 21 weeks surviving preterm labor with assistance from a medical team.

Without any regulations, there will be no protections for women. “[The rest of the UK] has all manner of statutory checks to protect women, including the need for clinics to be vetted and registered, none of which will exist in Northern Ireland,” she went on. “How is that good for the health of women in Northern Ireland?”

Falsely equating abortion to a medical procedure only serves to shut out the people of Ireland from defending their vulnerable preborn babies, and put women in danger from potentially unregulated abortion.