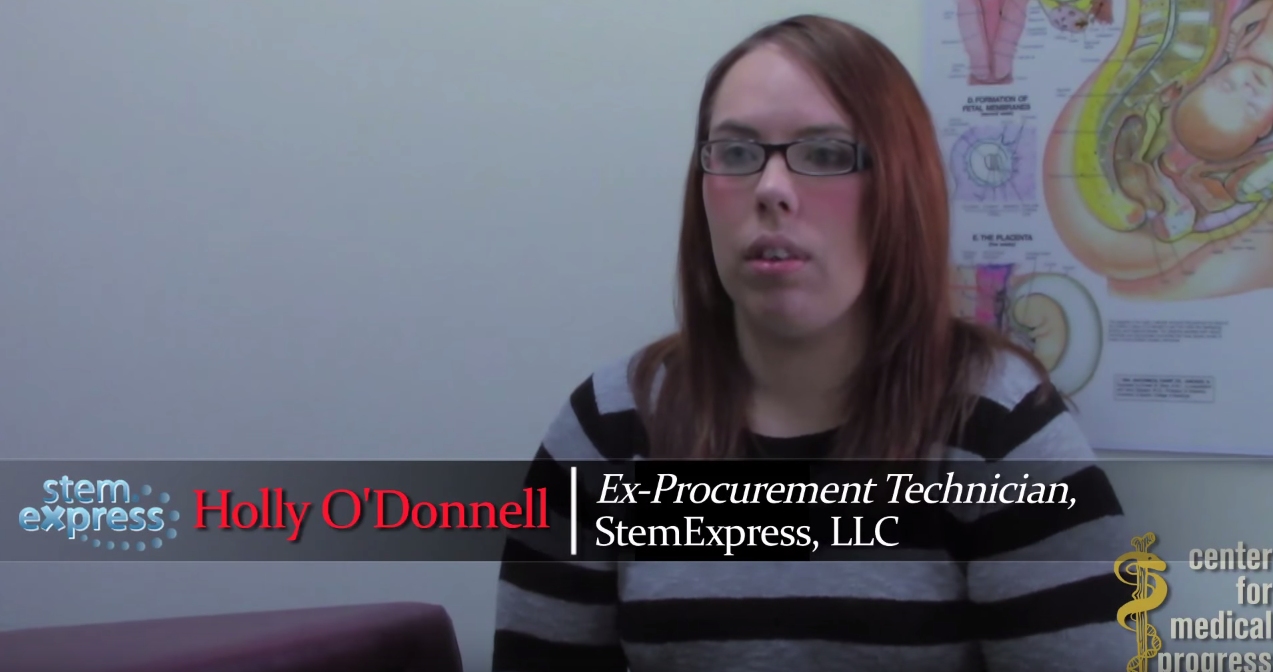 The Center for Medical Progress released a new tape today that features an interview with former StemExpress blood and tissue procurement technician Holly O’Donnell. In the video, O’Donnell describes the process that is used to harvest organs from babies aborted by Planned Parenthood.

O’Donnell, who worked inside a Planned Parenthood center, noted that they would collect body parts from aborted babies whose mothers had not consented to this. She says, “If there was a higher gestation, and the technicians needed it, there were times when they would just take what they wanted. And these mothers don’t know. And there’s no way they would know.”

United States federal law is clear that patient consent is required before tissue can be harvested and that this consent must happen subsequent to giving consent to the abortion procedure.

O’Donnell describes how she would also get women to consent to the tissue collection before they had committed or consented to having an abortion.

She also describes how Planned Parenthood would give StemExpress access to patient records and schedules so that they could plan when the supply of baby parts would be the greatest.

Center for Medical Progress Project Lead David Daleiden who had led the investigation into Planned Parenthood, stated that:

“Experiences like Holly O’Donnell’s show that Planned Parenthood’s abortion and baby parts business is not a safe place where vulnerable women can be cared for, but a harvesting ground for saleable human ‘product.’ Taxpayer subsidies to Planned Parenthood’s barbaric abortion business should be revoked immediately, and law enforcement and other elected officials must act decisively to determine the full extent of Planned Parenthood’s offensive practices and hold them accountable to the law.”

The first tape released has garnered almost three million views, as the public reacted in shock to seeing Planned Parenthood Director Deborah Nucatola explain how they would modifiy their abortion procedure to collect organs:

“We’ve been very good at getting heart, lung, liver, because we know that, so I’m not gonna crush that part, I’m gonna basically crush below, I’m gonna crush above, and I’m gonna see if I can get it all intact.”

Video from a second, third, and fourth Planned Parenthood affiliate followed, and calls to end taxpayer funding for the U.S. abortion giant intensified. While a move by the U.S. Senate to end funding for Planned Parenthood and move the funds to other providers garnered majority support, it fell short of the 60 votes needed to break a filibuster by Senate Democrats.

Over 10 states, in addition to Congress, have launched their own investigation into the practices of Planned Parenthood.  State level action has also occurred with Alabama and Louisiana terminating their Medicaid contracts with Planned Parenthood and New Hampshire ending state funding.