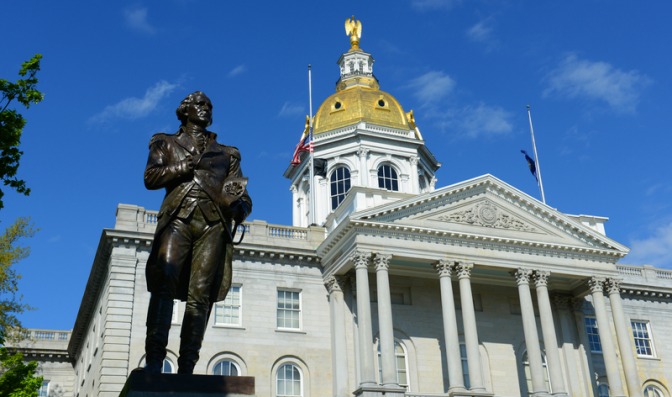 One day after the release of the fifth video from the Center for Medical Progress featuring a top Planned Parenthood employee discussing the abortion giant’s fetal parts business was released, New Hampshire has defunded Planned Parenthood.

A majority in the state’s Republican executive council voted to terminate the contract with Planned Parenthood of Northern New England. The business will not be receiving $639,000 of state funds now, which is about one-third of its funding.

The state did not leave family planning services in New Hampshire out in the cold, as they did approve funding for other groups.

Governor Maggie Hassan, a Democrat, was not happy about the decision, and her statement focuses on the health and economic well-being she believes Planned Parenthood provides.

The NH GOP released a press release applauding the vote, and called out Hassan. A release had also previously been issued in light of Hassan refusing to investigate Planned Parenthood. Today’s release reads in part:

“We applaud Councilors Sununu, Wheeler and Kenney for standing up for taxpayers by refusing to fund Planned Parenthood and calling for an official investigation of its practices. It’s time for Governor Hassan to put politics aside and work with the Commissioner of Health and Human Services and the Executive Council to identify alternative health care providers to cover the services that were included in this contract.”

As the vote in New Hamphire shows, real results are happening in response to Planned Parenthood’s scandalous behavior.

Louisiana has also taken concrete action with Governor Bobby Jindal announcing Monday that the state had ended its Medicaid contract with Planned Parenthood. President Obama has offered support for Planned Parenthood but his staff admits that he hasn’t yet seen the undercover videos.