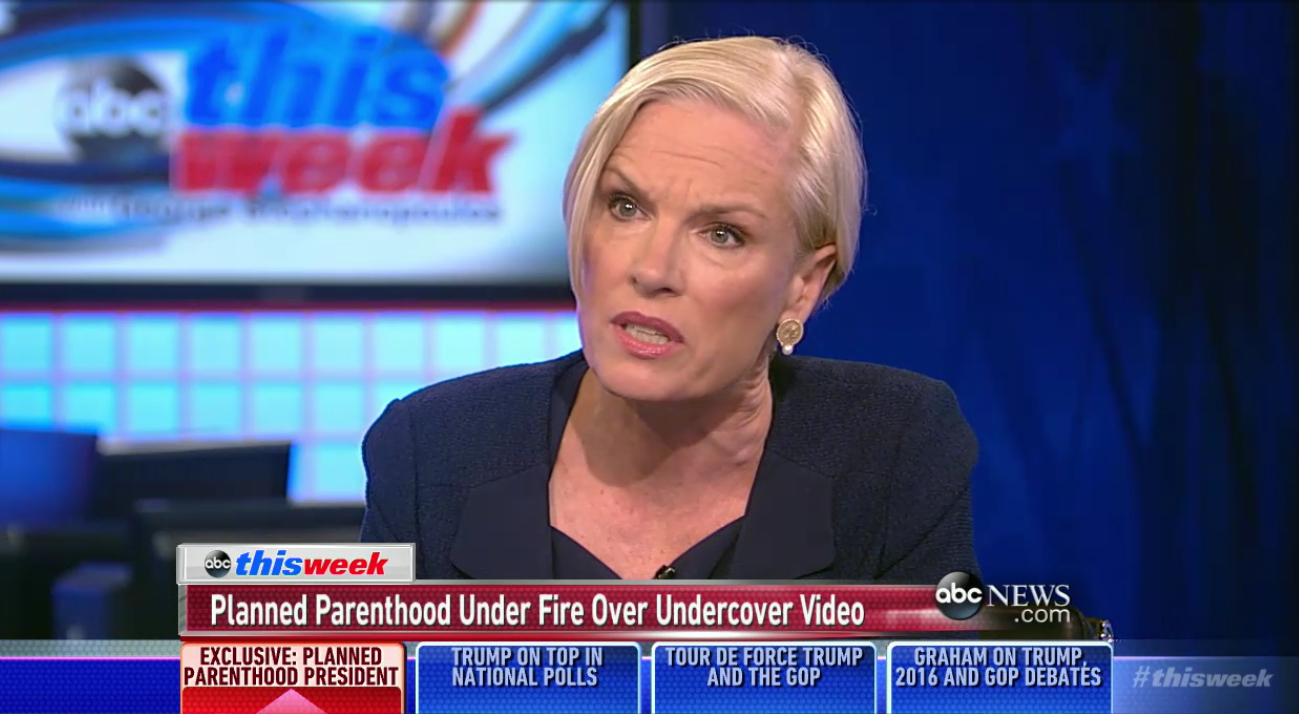 Operation Rescue reports today that their attorney has sent Cease and Desist letters to both Richards and ABC News demanding retractions for statements Richards made on their network, accusing Operation Rescue’s Troy Newman of behind involved in acts of violence, including “the bombing of clinics, the murder of doctors in their homes, and in their churches.” Newman responds:

I cannot stand by while Planned Parenthood’s Cecile Richards and ABC News air false allegations against me that are now being repeated as fact in numerous news sources.

I have never condoned violence against abortion providers or businesses and Richards’ patently false statements against me must be retracted.

Newman sits on the board of the Center for Medical Progress, and has been a target of Planned Parenthood since the videos were released.

The letters are from Operation Rescue’s chief legal counsel, Brian Chavez-Ochoa,  who, in the letter to Richards, wrote:

Richards did not contact Mr. Newman to conduct fact-checking before appearing on TWWGS and uttering her lies about Troy Newman. Omission of fact checking in such circumstances certainly was irresponsible, and likely constitutes careless and reckless publication of false statements of facts that are injurious,and, in fact, defamatory per se.

Mr. Newman hereby demands that Richards, PPFA, and PPA, publish a retraction of the false and defamatory remarks she made on TWWGS, and a correction thereto.

The conduct of Richards, PPFA, and PPA is reckless and malicious. Its reckless and malicious conduct gives rise to substantial liability for defamation. The defamatory insinuation about Mr. Newman gives rise to liability since a defendant in a libel case is accountable and liable…” and it continues by citing legal precedents which may be used in a lawsuit if there is not a retraction.

Citing the multitude of places the ABC News interview has been quoted, he says, “Richards’ despicable lie is spreading rapidly.”

By this letter, Mr. Newman demands the following from you:

1.  Publish a retraction and a sincere apology.

2.  Communicate that retraction and sincere apology to ABC News together with a request that ABC News immediately remove Richards’ false and defamatory, malicious comment from its website.

The letter to ABC News is similar in content with its demands and accusations directed towards ABC News. Operation Rescue’s Newman, who has never been associated with murders or clinic bombings as Richards accused, said:

I cannot allow Richards to make statements that damage my good name just so she can shift public attention away from what is really going on inside her abortion clinics.

Live Action News previously reported this inaccurate accusation on the day of the interview. Just today, Live Action reporter Calvin Freiburger wrote about CNN’s use of that same false accusation against Newman.

Richards’s attempts to make Planned Parenthood look like an innocent victim has landed her in a situation in which she must either apologize or face a lawsuit.