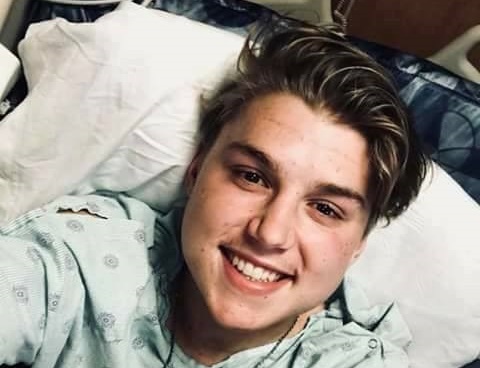 When you’re 16 years old and living with and dying from cancer, no one would expect you to use the wish granted to you by the Make a Wish Foundation in a completely selfless way. But that’s just what Jeremiah Thomas did. In March, the all-star, state champion athlete was diagnosed with osteoblastic osteosarcoma, a bone cancer that is resistant to radiation therapy and has a survival rate of just 10 percent. With a tumor dangerously close to his heart and two on his spine, his doctors told his parents that it was too late. He was paralyzed from the waist down from the tumor on his spine but it didn’t hold him back.

“I can still preach from a wheelchair,” he said.

Jeremiah had already been speaking out against abortion, joining his siblings and mother on the sidewalk outside of abortion facilities to preach and save babies and women from abortion. He also happens to be the son of Rusty Thomas, National Director for Operation Rescue, an organization that works to expose the horrific practices of the abortion industry and the substandard “care” they provide to women. Jeremiah and his family would visit their local abortion facility on Wednesdays, the day abortions were committed, to minister and to save babies. While his sister played guitar, his other sister would speak to the women entering the facility. His brother would hold pro-life signs and speak to women as well.

“This isn’t planning parenthood; this is the murder of an entire family,” Jeremiah said outside of a Planned Parenthood. “How can a family stay together when they are murdering their own children?”

He noted that people are more offended by signs of aborted children than they are by the actual act of abortion.

“No doubt about it, this is a place of demonic stronghold,” he said. “Sacrificing babies to Satan himself.”

He called Planned Parenthood a “place of death.”

Despite all of the struggles he went through with cancer, it was still his greatest desire to see an end to abortion. In a video on a Go Fund Me page opened in his honor, he called for everyone to join his mission by heading to Indianapolis July 14-21 for Lead Justice to Victory, an Operation Rescue/Operation Save America event to abolish abortion. But his efforts didn’t stop there.

When he was approved for Make a Wish, Jeremiah spoke with staff about a legacy wish, meaning his potentially last wish in this life wasn’t one that would ultimately benefit him but could save countless lives. He asked for a phone call with Texas Governor Greg Abbott. His call was videotaped and shared on social media. He told Governor Abbott about his pro-life outreach and about his wish.

“For my wish, I wanted to talk with you and discuss a bill of abolition,” he said. “A recent poll showed that 68 percent of Texans want abortion abolished, so Sir, you’d be represening the demand of Texans if you passed this bill. In conclusion, we just want you to treat abortion like an act of murder and it should be punished by law. For my wish, I just wanted to say that to you […] We could end abortion here now and at least for me, it would make my wish complete before I pass.”

Governor Abbott told him he had returned from the state Republican party convention at which they discussed his wish.

“Your wish,” he told Jeremiah, “is on the Republican party platform position and that’s what we’re going to be pursuing this next legislative session and that is to outlaw abortion altogether in the state of Texas. And so your wish is granted.”

In an amazing act of compassion, Jeremiah Thomas used his one wish to help end the greatest human rights injustice of his time: abortion. And for that, his impact on the world will live on long after he is gone.