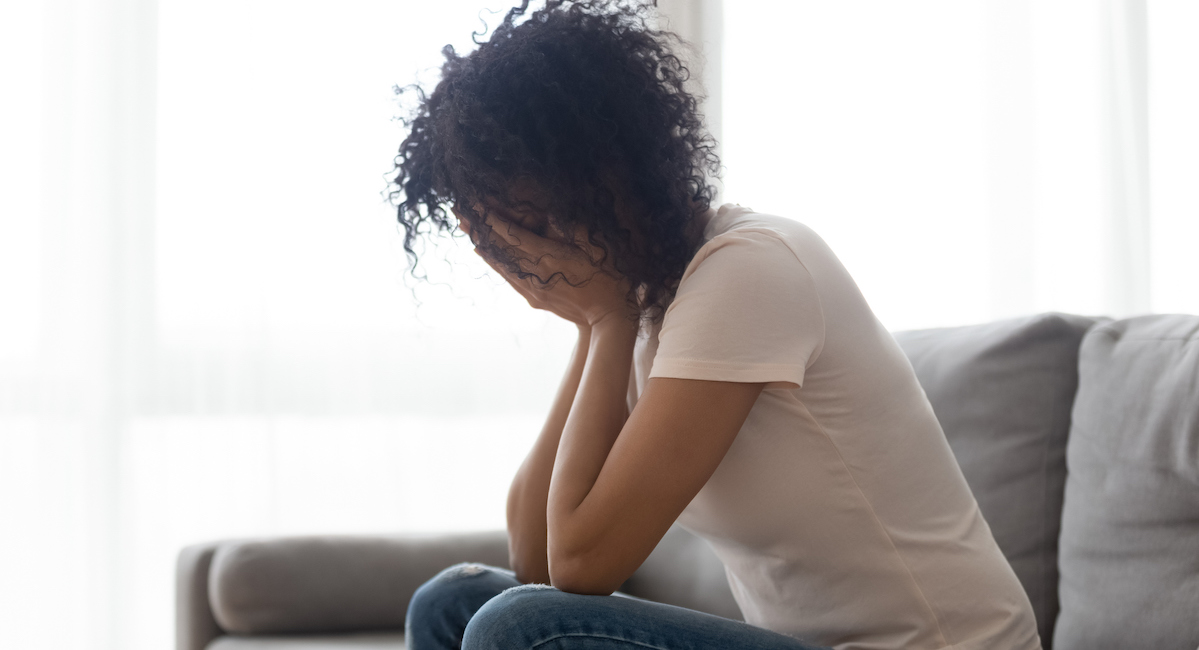 When the COVID-19 pandemic threw her world into disarray after she found herself pregnant with twins, Chrissy Sample was already facing an uphill battle as a Black woman seeking maternal care. Sadly, her experience — one all too commonly reported among pregnant Black women — became far more difficult than she could have imagined when she lost one of her precious babies.

At age 34 and pregnant with twins, Sample was supposed to have her pregnancy closely monitored by her OB each week, and see a high-risk specialist in Maternal-Fetal Medicine as well. But because of COVID restrictions, Sample’s doctor scheduled her for checkups four to six weeks apart.

“That was just how she managed her patients,” Sample said in an interview with Motherly. Sample also could not get an appointment with the high-risk specialist until she was 25 weeks into her pregnancy. “I felt like I needed my hand held for this pregnancy, but they never had time to see me,” she said, according to The New York Times.

However, Sample began experiencing excruciating pain in her lower abdomen and in her legs. She felt the pain consistently, standing or sitting, active or inactive. She knew something was wrong and repeatedly raised the issue with her physician whenever she saw him. Her doctor did not react with concern to her alarming symptoms, describing her pain as “relative” despite the red flag of the continuous, unusually debilitating nature of the pain.

“You’re normalizing my pain. You’re basically telling me that me being in pain all the time is normal. ‘It’s relative.’ It’s not relative. It’s not normal. Something is wrong,” Sample said of her doctor. “I shouldn’t feel this way. I couldn’t walk down the block or up a flight of steps. I’m in so much pain, I’m taking cabs home from work every day because I can’t bear to walk up a flight of steps to get on a train.”

Tragically, the dismissal of pregnant women’s pain is not uncommon, and it is one that — for Black women in particular — too often has fatal consequences. One study suggests that lingering racial biases and misperceptions contribute to systematic undertreatment of the pain of Black Americans in relation to their white counterparts.

READ: Woman dies during childbirth after doctors refused to examine her during COVID-19

When Sample finally did see her high-risk specialist, she received devastating news:  the ultrasound revealed only one heartbeat. According to the doctor, one of the babies had died within the past three days. The doctor said that, had he seen her earlier, they likely would have been able to save the baby.

Sample’s lack of quality medical care is symptomatic of a larger problem. According to the CDC, pregnant Black women die from maternal complications at a rate three times that of white women. Contributing factors cited by the organization are “variation in quality healthcare, underlying chronic conditions, structural racism, and implicit bias.” Additionally, as Motherly notes, Black babies are more than twice as likely to die before their first birthdays as white babies, and non-white women are more than 50% more likely to give birth prematurely.

In Sample’s native New York City, pregnant Black women have even worse outcomes. According to The New York Times, Black women are between eight and 12 times as likely as white women to die from pregnancy complications. Black infants die at a rate of three times that of white infants — with many of these deaths likely preventable, as in Sample’s case. Tragically, Black babies are also aborted at disproportionately high numbers across the country compared to other races, especially in NYC.

Sample initially blamed the tragedy on the pandemic and the strain it imposed on the health care system. But she began to realize that her race also played a role. “Friends kept telling me that when you’re a Black woman, you really have to find a way to get people to listen when you’re in pain,” she said. “It’s scary. You end up feeling really alone. I would hate for this to happen to anyone else.”