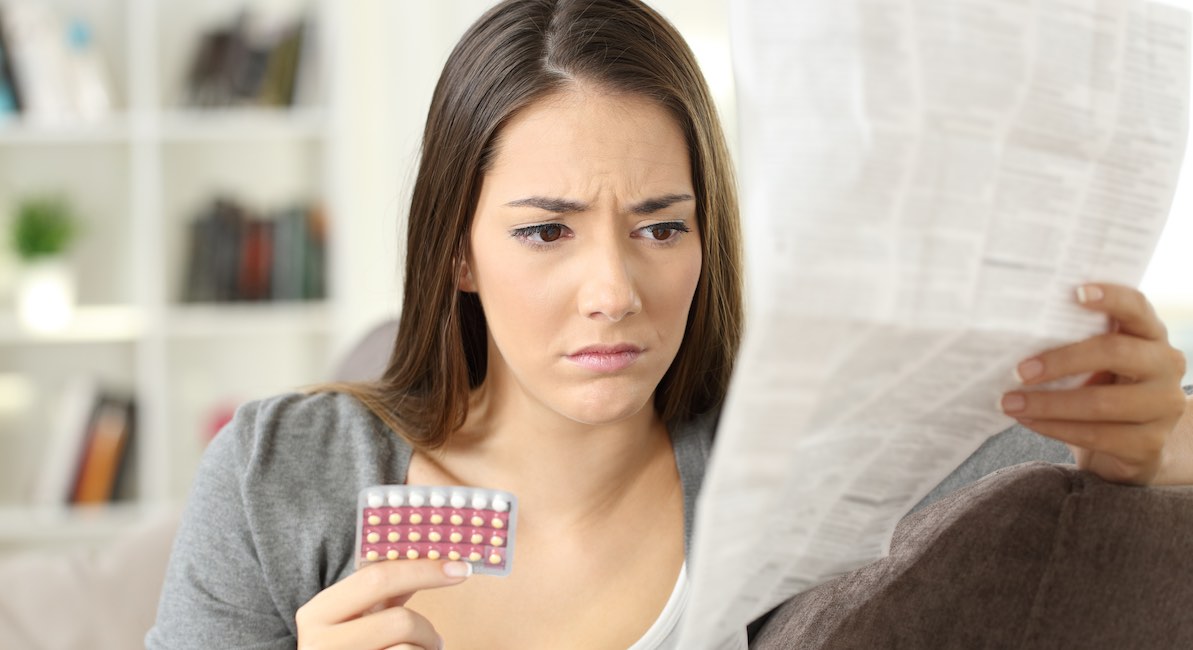 In 2017, 21 percent of high school students reported using birth control pills – the highest percentage since 1991. The pressure to get teenagers on to birth control because of the assumption that they will be sexually active or should be sexually active is putting the mental and physical health of girls at risk when it could be avoided through sexual risk avoidance education.

Hormonal birth control has long been marketed as safe for women, but the truth is, that along with a long list of physical complications that can arise, women’s mental health can greatly suffer as well.

Hormonal birth control has also been linked to mood swings, and new research has shown that women using oral contraception have “significantly smaller hypothalamus volume” compared to women not taking the pill. The hypothalamus regulates mood, appetite, sleep cycles, and sex drive, along with body temperature and heart rate.

“We found a dramatic difference in the size of the brain structures between women who were taking oral contraceptives and those who were not,” said Michael L. Lipton, M.D., Ph.D., FACR, professor of radiology at the Gruss Magnetic Resonance Research Center at Albert Einstein College of Medicine and medical director of MRI Services at Montefiore Medical Center in New York City. “This initial study shows a strong association and should motivate further investigation into the effects of oral contraceptives on brain structure and their potential impact on brain function.”

An additional finding in the study was an increase in anger and depression among pill users.

In addition to birth control pills increasing depression in women, other hormonal birth control was found to increase the risk as well. The rate of the depression was even higher for women who used hormonal IUS(IUD)/coil, the patch, or the ring, according to The Guardian.

Jasmin was 14 years old when she first began using birth control to deal with severe pain during her period. She said she began to feel “more and more depressed.”

“[…] I felt worse from day to day, I had more and more suicidal thoughts and even tried to commit suicide,” she said. “Finally I ended up in a closed psychiatric ward. The diagnosis: adaptation disorders. I spent three weeks in the clinic, followed by outpatient psychotherapy.”

After one and a half years of treatment, she was told she should be better, and therapy ended. But a year later, the mood swings were constant. “I hurt myself,” she explained. “I had no real sense of self and didn’t know what to do with myself.” She began another in-patient therapy, during which time she stopped taking the pill. The doctor could not find any issues with her mental health and Jasmin relayed her suspicion that it had all been caused by the birth control. The doctor suggested an experiment of starting the pill again to see what happened.

“Not even a week later my mental state went downhill again,” said Jasmin. “The mood swings returned, as did the depression and suicidal thoughts.” Since stopping the pill permanently, she has had no mental health symptoms. She now calls it “grossly negligent to intervene in the hormone balance” through the use of birth control.

Birth control is marketed by Planned Parenthood and other groups as safe, and is encouraged in teens as a way to prevent pregnancy, and continue with their life as planned. However, the risk of depression and suicide is a very real threat.