As Planned Parenthood touts the importance of birth control, demanding that it be offered free, without a copay to women as a part of a progressive society, researchers at the University of Copenhagen are urging caution to doctors and patients alike because of a study revealing that hormonal contraceptives increase the risk of suicide.

The dramatic finding might sound like part of a hyperbolic anti-birth control campaign, but, in fact, it is sound research conducted by studying upwards of half a million women over the course of over eight years. This is no small finding, and the results are sobering.

The results of the study, “Association of Hormonal Contraception With Suicide Attempts and Suicides,” conducted by Charlotte Wessel Skovlund, Øjvind Lidegaard, and others from the University of Copenhagen, Denmark, were published in the American Journal of Psychiatry. The same researchers previously found that hormonal birth control is linked to depression, a finding that has been reported for years, but this study is being touted as “the first to unequivocally prove a connection between the use of the contraceptive pill and suicide risk.” The women tracked in the study were age 15 and over.

Time reports that women who had “currently or recently” used hormonal birth control were at almost double the risk of attempting suicide compared to women who hadn’t used birth control, while “[t]he risk was triple for suicide. The patch was linked to the highest risk of suicide attempts, followed by IUD, the vaginal ring and then pills.”

What’s even more disturbing is that the study found “the highest relative risk… in adolescent women.” This is the very audience that Planned Parenthood targets in its “education” programs. Researchers made considerations for preexisting risk factors, such as “prior suicide attempts, antidepressant use, psychiatric diagnosis, cancer diagnosis, or venous thrombosis diagnosis, because these factors could influence both use of hormonal contraception and risk for suicide.”

Further showing the association of the suicide risk was the fact that “[t]he association between hormonal contraceptive use and a first suicide attempt peaked after 2 months of use; a decreasing trend was noted after 1 year of use.”

Five studies have assessed suicide attempts and suicides in users of hormonal contraception. All five found elevated risks, although such elevations were statistically significant in only one of the studies. “Note that none of the previous studies included young women between 15 and 25 years, which according to our study is the most vulnerable group of women when exposed to hormonal contraception,” Dr Lidegaard told Medscape Medical News.

The study notes that “use of all types of hormonal contraceptives was positively associated with a subsequent use of antidepressants and a diagnosis of depression.” Further, “[t]he high risk among women using the transdermal patch and vaginal ring compared with the corresponding pill is probably a question of dose rather than the route of administration.

While Planned Parenthood and other advocates of hormonal birth control may demand that all women have access to these artificial hormones, put quite simply, this can be destructive. Hormonal birth control contains hormones, and hormones are complex parts of the human body, which “coordinat[e] complex processes like growth, metabolism, and fertility. They can influence the function of the immune system, and even alter behavior.”

Researchers recommend that the suicide risk be added to the side effects in prescribing information, adding:

It is a good idea to make a control visit to a gynecologist about 3 months after starting on hormonal contraception in order to ensure good compliance with the new method and to ask into their mental health,” said Dr Lidegaard. 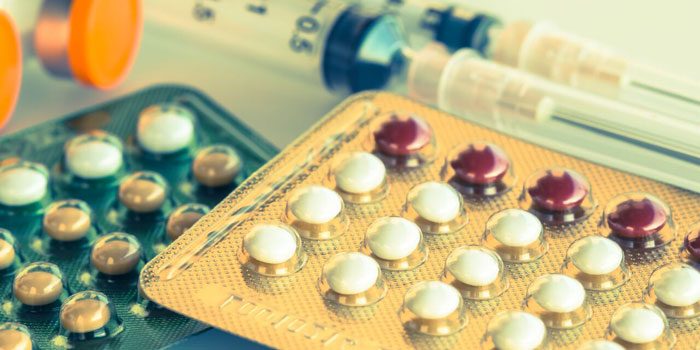 Yet America’s number one abortion corporation, Planned Parenthood, actually wants less monitoring of birth control prescriptions. The abortion giant has rolled out numerous resources to help women get birth control via a phone app or telemedicine, which reduces the ability for a doctor to assess a woman and her mental health or subsequent changes to her health.

Thanks to game-changing program offerings from Nurx, Maven, Lemonaid, Virtuwell and Prjkt Ruby, women can answer questions about their health online or by video; the information is then reviewed by a doctor or nurse practitioner who will write a three-month prescription for oral contraceptives that patients can pick up at a nearby pharmacy or in some cases have delivered right to their homes. These services are offered to women who are currently taking the birth control pill as well as those who have no prior experience with it. As an alternative, in a handful of states, you can have a video visit with a Planned Parenthood clinician who can then prescribe you an oral contraceptive.

In light of this news study, suddenly telemedicine and birth control apps seem a frightening risk. Those little pills, which may seem innocuous to a woman wanting to wait to have a baby, are actually filled with estrogen and/or progestins (synthetic progesterone). There’s not a woman alive who isn’t aware that hormonal changes can affect moods, sometimes in dramatic ways; thus, putting mood-altering chemicals in the body on an ongoing basis would inevitably alter moods and behavior.

Women’s International Pharmacy notes that “Dr. Gabriel Cousens reports that ‘as many as one in three women on birth control pills suffers from depression,'” and that hormonal birth control “affect[s] the brain’s biochemistry in many ways, producing emotional effects as well as the desired physical effects.” These women also reportedly “often have nutritional deficiencies that may compound the effects on their moods.”

Women who have experienced postpartum depression know the horror of hormones going out of whack, as do women who suffer from premenstrual syndrome (PMS) or premenstrual dysphoric disorder (PMDD). Despite this potential emotional upheaval, Planned Parenthood and others insist that women need to be able to control when they want to have children, and that these forms of hormonal birth control are the best way to do it — so much so, that they have been on an unceasing campaign to ensure that American taxpayers pay for this ‘free’ birth control. But now it appears the real cost may be more than higher insurance premiums; it may be women’s lives, as their conclusions note:

The Dutch researchers have simply put two plus two together, and the answer is a disturbing foreshadowing of one of the worst side effects imaginable: women’s lives.