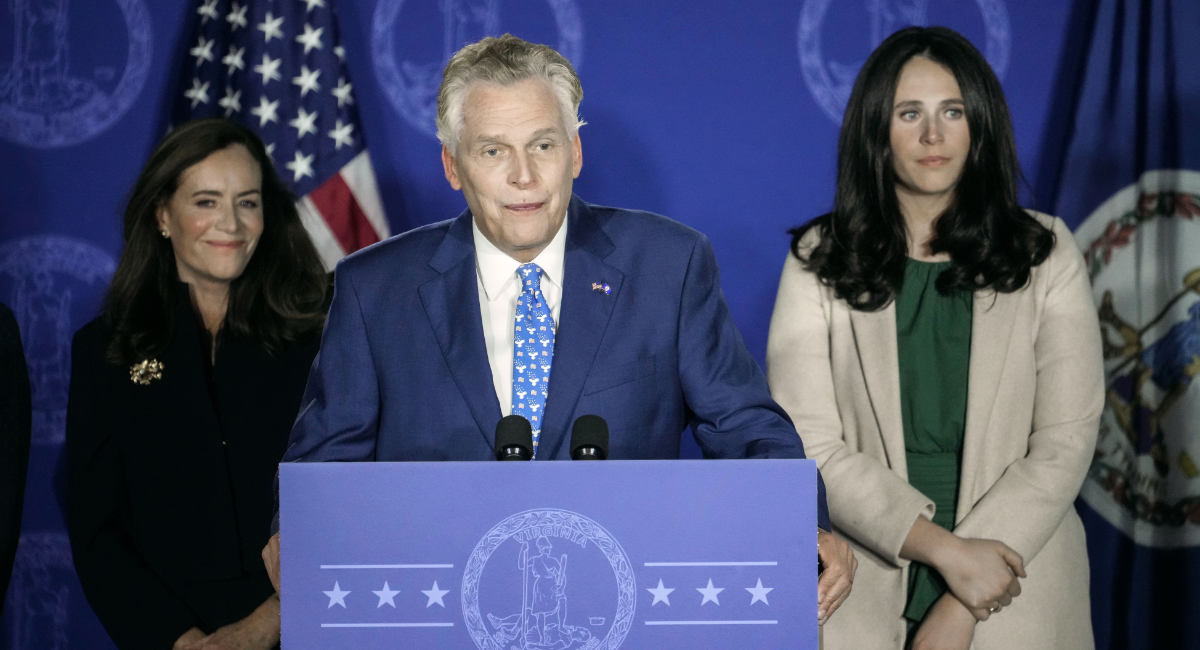 Terry McAuliffe, who served as governor of Virginia from 2014 to 2018, was defeated in a stunning upset by businessman Glenn Youngkin. Though many expected McAuliffe to sail to an easy win, Youngkin’s self-described pro-life position seemed to resonate more with voters than McAuliffe’s unwavering support of abortion on demand.

McAuliffe, a former Democratic National Committee chair, is well-known for his stalwart defense of abortion and the profitable abortion industry. As Virginia’s governor, he refused to investigate Planned Parenthood after it was implicated in the trafficking of fetal body parts, and issued a veto when Virginia legislators voted to defund the abortion giant. He furthermore called himself a “brick wall” against supposed threats to abortion, and insisted that substandard abortion facilities remain open, despite the risk to women. He also vetoed a 20-week abortion ban, saying it would be “damaging towards business” in Virginia.

True to form, his most recent campaign continued with pro-abortion extremism. He regularly spoke about abortion in TV ads, speeches, and debates, and told Politico in reference to the Texas Heartbeat Act, “It will be a huge motivator for individuals to come out and vote.”

Grateful for the opportunity to tour the Whole Woman’s Health facility in Charlottesville this afternoon with @SallyLHudson. I'll always fight to protect women's clinics as gov. No Youngkin Texas-style abortion ban in VA! pic.twitter.com/EmgDvK3AVY

However, this strategy clearly backfired.

According to the Washington Post, voters for whom abortion was an important issue voted for Youngkin by a 20-point margin. Youngkin openly opposed McAuliffe’s pro-abortion stance. “I’m most focused on keeping Terry McAuliffe from his extreme agenda,” he said in a campaign clip. “I’m pro-life. I believe in exceptions in the case of rape, in the case of incest and in the case when the mother’s life is in jeopardy.”

Winsome Sears, who was elected the state’s first Black lieutenant governor, told Newsmax she would support a Texas-style Heartbeat Act in Virginia. “Here’s the thing,” she said. “When did it become the wrong thing for us to support the babies in the womb? And in fact, in Virginia, we’ve even gone further than that, where our current governor wanted to take us — and, by the way, my opponent wanted to take us — there, where the baby would be born, you would leave the baby on the table without any assistance or even keep it comfortable, and then wait for the mother to decide.”

Live Action founder and president Lila Rose tweeted that the election results were a sign of how voters feel about taking preborn lives. “Terry McAuliffe ran on expanding abortion. Glenn Youngkin ran on protecting life,” she wrote. “One is a terribly losing issue and one wins. Amazing news and a great sign for the 2022 midterm. Keep fighting for life, friends!”