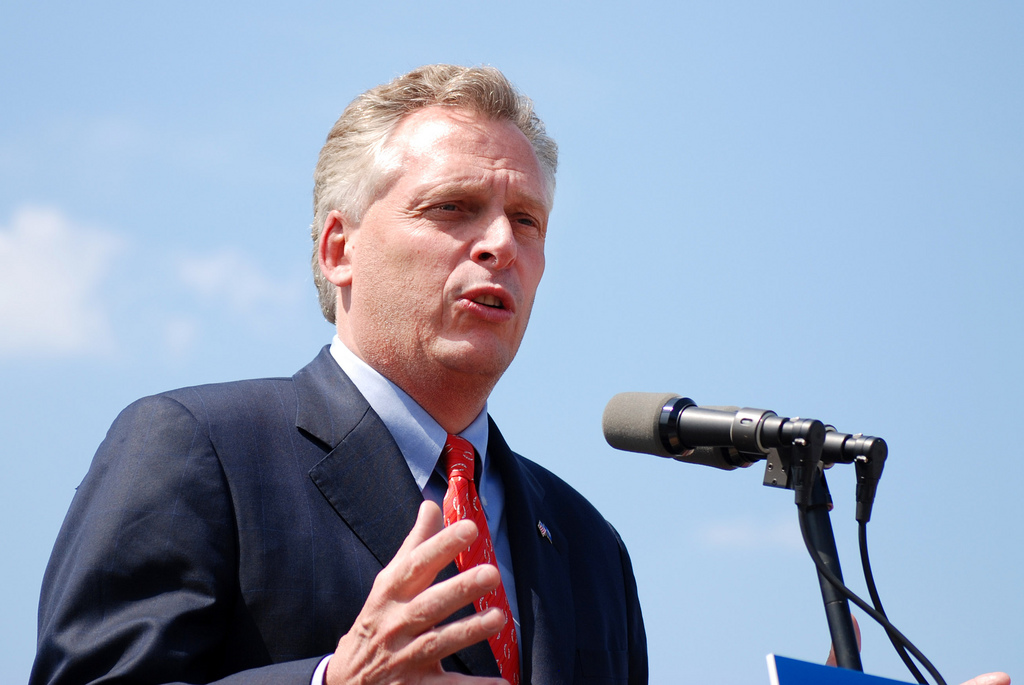 Earlier this year, Virginia lawmakers voted in favor of a bill that would defund Planned Parenthood. HB 2264 was introduced by 24th District Delegate Ben Cline, and would have prohibited the State Health Department from giving money to any organization that provides abortions. Instead, the money would be given to comprehensive health clinics. The bill passed both the Virginia House of Delegates and the Senate, but that was where its momentum ended: Governor Terry McAuliffe vetoed the legislation.

In front of the governor’s mansion, McAuliffe vetoed the bill, explaining that he wanted to send a message to pro-life lawmakers. “Let it be lost on no one why I am doing this veto in front of the Governor’s Mansion today, because this Governor’s Mansion is the brick wall to protect women’s rights here in the commonwealth of Virginia,” he said. Given McAuliffe’s history as chairman of the Democratic National Committee as well as chair of both Bill and Hillary Clinton’s political campaigns, his veto of the bill was unsurprising.

His decision to veto the bill was applauded by the abortion industry:

It's a great day to have @GovernorVA as a Planned Parenthood supporter. #HB2264 has been vetoed! pic.twitter.com/qdWpmu3fPm

McAuliffe has consistently used the “brick wall” metaphor to describe how fiercely he will protect abortion, even if it goes against what Americans and Virginians want. He campaigned on the promise that he would be a “brick wall for abortion”, and he has kept that promise. He eliminated common-sense restrictions on abortion that were sorely needed in Virginia, and refused to investigate Planned Parenthood when it was found that they were selling the body parts of aborted babies. He also opposes a 20-week abortion ban, even though Americans overwhelmingly oppose late-term abortion.

By vetoing a bill that would redirect taxpayer funding away from abortion providers and towards legitimate health care clinics, McAuliffe is showing that, yet again, he is putting the abortion industry above what his constituents want. The overwhelming majority of Americans do not want taxpayer funding of abortion. When will pro-abortion politicians listen to them?