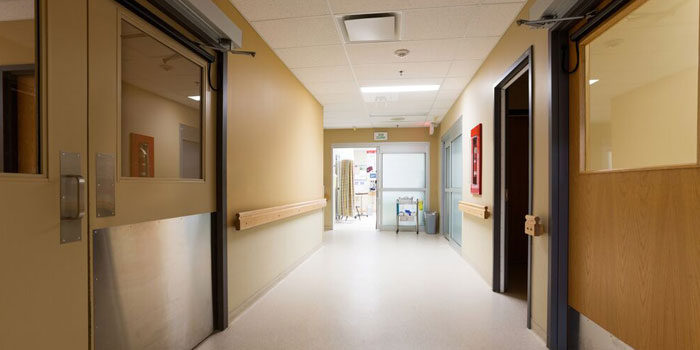 A Texas abortion facility which is a member of the National Abortion Federation (NAF) has been fined over $20,000 for a number of serious health violations found during a state inspection. The Houston Women’s Clinic, located at 4820 San Jacinto in Houston, opened in 1976 and commits abortions up to 16 weeks. It is operated by abortionist Bernard Rosenfeld. A second doctor, Yuri Nosaville, M.D., is listed on the clinic’s medical history forms.

Rosenfeld, who owns the Houston Women’s [abortion] Clinic and offers tubal reversals out of a second location, has been committing abortions since 1971. He was recently “honored” by the pro-abortion Lilith Fund and his website claims he is “on staff at Texas Women’s and St. Luke’s Hospitals in the Texas Medical Center.” 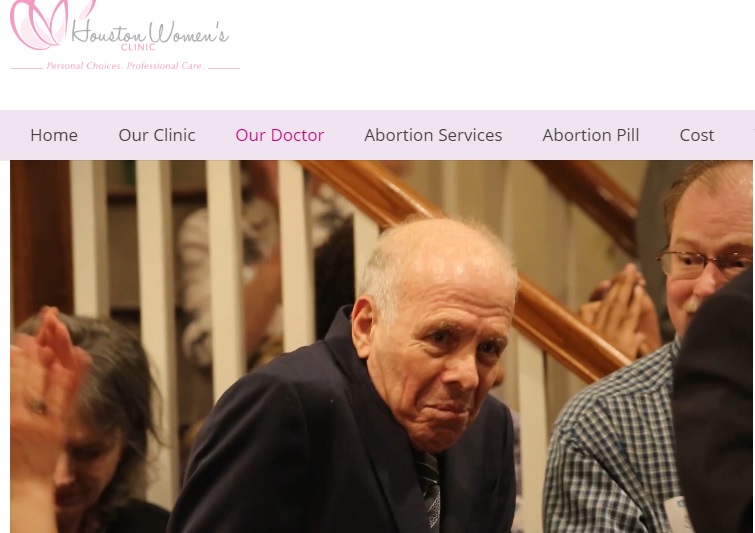 In 2015, the Texas Medical Board filed a board action against Rosenfeld which indicated that the abortionist failed to register his facility with the Texas Department of State Health Services. LifeSiteNews reported, “The Texas Alliance for Life said its offices had been ‘tipped off by a local pro-life leader’ that Rosenfeld had been performing abortions, not only at Houston Women’s Clinic — which advertises itself as ‘among the best abortion clinics in Houston’ — but in his private medical office. He even advertised his private abortion services online.”

As a result, the State Board ordered him to complete eight hours of continuing medical education and remove any advertisements for abortions services from his website. 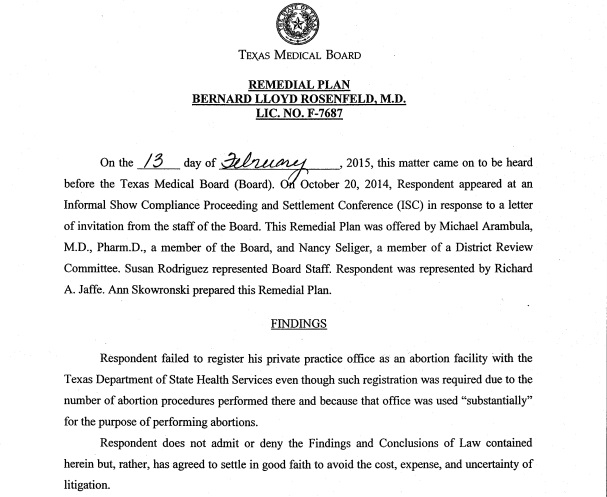 The next year (2016), Rosenfeld’s Houston abortion facility was inspected by the state.

The findings, which are eerily similar to what was found inside the Gosnell House of Horrors abortion facility, include the abysmal treatment of a patient with post-abortion complications as well as serious infection control issues, may be an indication why the abortionist did not want to register his facility.

According to the Order, obtained by Live Action News, an inspection of the abortion facility was performed in August of 2016 and by February of 2017, Houston Women’s Clinic or “Respondent” admitted to the violations and agreed to pay a substantial penalty of $20,300: 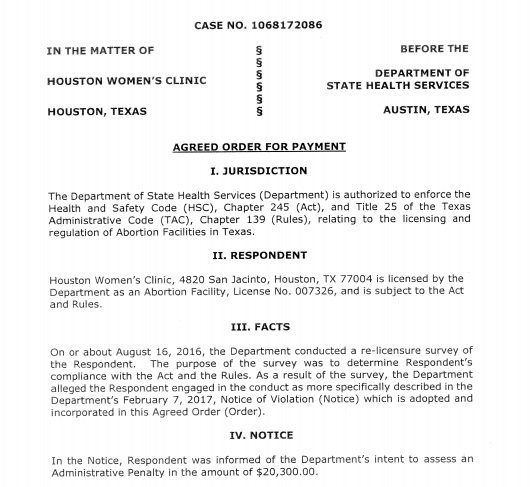 According to the Notice of Violations, Houston Women’s Clinic failed to:

The document reveals the clinic also:

The facility’s other abortionist, Yury Joseph Nosaville, has connections to the notorious abortionist dubbed “Texas Gosnell.”

In 2014, pro-life watchdog group Operation Rescue reported that Nosaville was working for abortionist Douglas Karpen. According to OR, Karpen’s “former abortion workers alleged that Karpen was intentionally killing babies born alive during abortions done beyond the legal limit by cutting their throats or twisting their heads nearly off their bodies.”  [View report with photos — WARNING.]

An interview with the witnesses can be viewed below:

OR also reported that “Nosaville was known by some of Karpen’s staff as ‘Dr. Jab-and-Stab’ due to the way he apparently rushed roughly through abortion procedures.”

A patient review published at Vitals.com for Dr. Nosaville, which does not specify the location the patient visited, indicates there could be potential problems with his Nosaville’s quality of care. It reads in part:

[…]It was unpleasant to wait for over an hour past the appointment time seeing woman after woman arriving back dizzy after seemingly having had an abortion. The staff is hardly friendly… 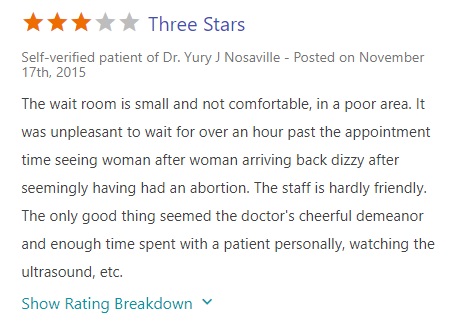 In March of 2018, the state performed another inspection of the Houston Women’s Clinic and again found violations. The 23-page report is yet another indication that nothing has changed.

Tragically, the kind of violations found inside this Houston abortion facility are not unique. In 2016, Operation Rescue reviewed public documents and found that between August 2015 and June 2016, 16 of 17 Texas abortion facilities failed health and safety inspections.