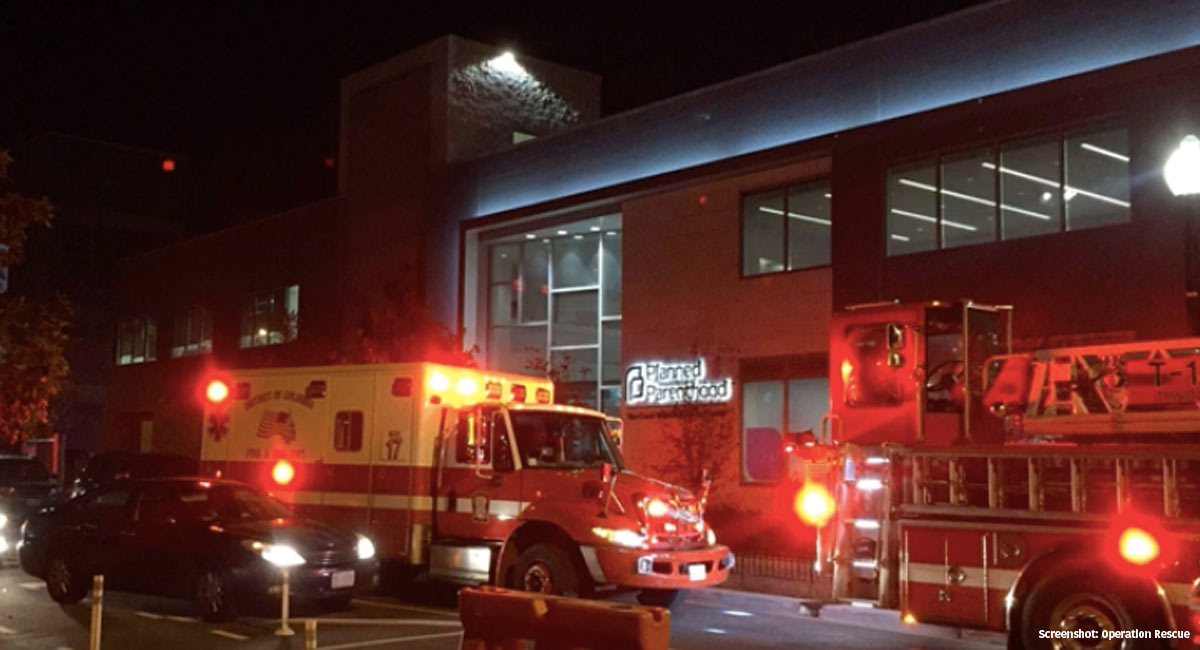 A woman suffering a hemorrhage was rushed from a Planned Parenthood facility in Washington, D.C., to a nearby hospital, reports Operation Rescue. A recording from the incident, which occurred November 29, 2018, around 5:30 pm, indicates an ambulance call request for a woman experiencing a hemorrhage at the facility on 4th St NE near Florida Ave and Gallaudet University.

Although the cause of the woman’s condition has not been confirmed, Operation Rescue notes the hemorrhage was likely the result of a surgical abortion, since the emergency occurred on a Thursday, the day the facility usually commits surgical abortions.

Dilation and evacuation (or D&E) abortions are committed between 13 and 24 weeks of age and are the most common surgical abortion procedure used in the second trimester. During a D&E abortion, the abortionist forcibly dilates the woman’s cervix and dismembers and then removes the baby from inside the woman’s uterus. An aspiration abortion is another type of surgical abortion. The procedure involves forced dilation of the woman’s cervix and the use of a suction catheter to remove the baby, as well as using a curette to scrape any remaining pieces of the baby. Watch Dr. Anthony Levatino describe these and other abortion procedures:

Surgical abortions are always violent procedures, both for the baby who dies and frequently for the mother as well. She is subjected to possible serious risks, including injury to the uterus or cervix of the woman in an aspiration abortion, as well as damage to other nearby organs, hemorrhage, infection, and in some cases, death. The risks of a D&E abortion may be significant and include perforation of the uterus, cervix, bowel, bladder, or rectum. The risk of hemorrhage increases in a D&E abortion due to the age and development of the baby, and the increased force required to commit the procedure.

Additionally, recent medical research has indicated that preborn babies can feel as early as 8 weeks.

Despite being the largest provider of abortions in the country, Planned Parenthood is no stranger to abortion complications. New York’s Margaret Sanger Planned Parenthood location in Manhattan has seen five abortion-related injuries in just seven weeks. A Planned Parenthood near Boston left nearly three-quarters of a woman’s baby still inside her womb after her abortion appointment.

The 4th street Planned Parenthood location in D.C. is the second such location that Planned Parenthood has occupied in the city in recent years, and the new $20 million building opened its doors in 2016. A Washingtonian profile displays the location’s slick vibe that CEO Laura Meyers said was intended to evoke a “combination Apple Store, Starbucks, and Anthropologie.” Despite slick marketing of the new facility, abortion carries very serious risks that are frequently downplayed by the abortion industry — which no amount of shiny facades or glossy brochures can hide.