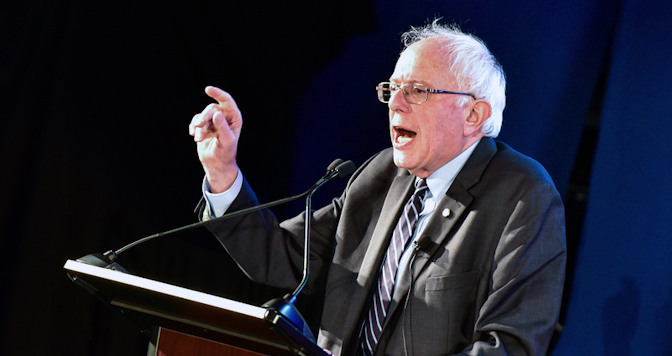 Bernie Sanders is on a roll, though not exactly in a good way. Earlier this month, the Senator and former presidential candidate imposed a ridiculous religious test in his questioning of a Trump nominee, thus demonstrating a profound lack of knowledge about both religion and the Constitution. Sadly, this was not Sanders’ only display of ignorance this month.

On Wednesday, Sanders sent out a nonsensical tweet in support of big business abortion.

You’re not improving health care when you defund Planned Parenthood and deny millions of women their provider of health care.

Abortions are not healthcare. How can it be healthcare when a being is getting killed?!

Planned Parenthood needs to stop begging for tax payer funding when they throw millions into democrat campaigns, I don’t want to fund this.

Sanders’ effort to pitch Planned Parenthood in 140 characters or less came up short for several reasons. First, it’s hard to be taken seriously when you defend Planned Parenthood as “health care.” What about the fact that they have been caught misrepresenting their services, repeatedly turning away women seeking prenatal care – despite advertising prenatal care? Or the reality that big business abortion uses coercive tactics to pressure women into “choosing” abortion, and has repeatedly refused to provide pregnant women with ultrasounds – unless they want an abortion? Or the constant scandals Planned Parenthood can’t seem to rise above, including disturbing discoveries regarding the sale of fetal body parts, and the abortion business accepting donations targeted specifically toward the elimination of black preborn babies?

That’s the kind of “health care” that Sanders wants to provide to American women?

What is it, exactly, that makes Planned Parenthood so untouchable, besides their huge donations to political campaigns?

As a man respected for his ideas, perhaps Sanders should put a little more thought into this one.