Planned Parenthood and oppressive Chinese government institutions have at least one thing in common: both are accused by multiple sources of pushing abortion quotas.

In 2015, reports surfaced that in Shandong Province’s Lanling county, local government officials were being required to meet the Family Planning Bureau’s assigned quotas for abortions, performed on women who were pregnant illegally. The local Family Planning Bureau denied the existence of abortion quotas, claiming, “We only asked [villages and counties] to take remedial actions to persuade women [with illegal pregnancies] who have been pregnant for less than five months to have an abortion.”

However, several government officials contradicted this denial in statements to Chinese news outlets, and one official told the Global Times that those who failed to meet abortion quotas “would be punished.” 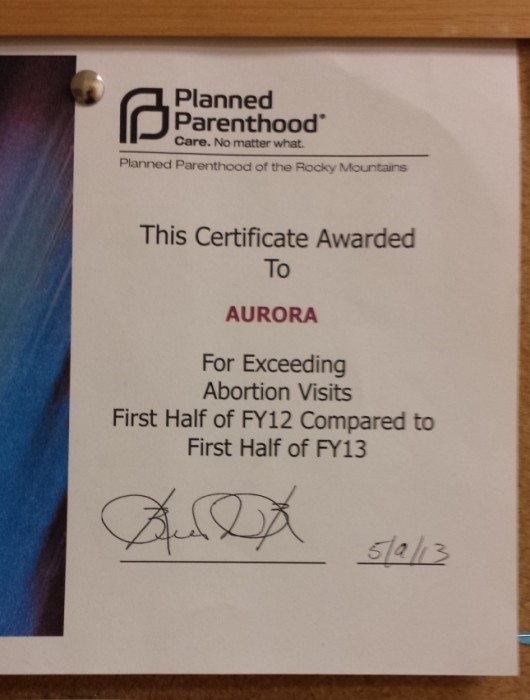 A new Live Action video sheds light on Planned Parenthood’s abortion quotas, regarding both their existence and how they are implemented. In the video, former Planned Parenthood manager Sue Thayer describes how facilities were required to meet “goals,” or quotas, for number of abortions performed — or abortions referred if the facility did not offer abortions. Falling to 10% below quotas resulted in the implementation of “corrective action” plans, says Thayer.

She goes on to describe some of the tactics used to pressure women into choosing abortion — including blatant manipulation. Planned Parenthood staff would try to persuade women who couldn’t immediately pay for their health services that if they couldn’t pay for health care, they probably couldn’t afford a baby and should choose abortion. And of course, they should choose it at Planned Parenthood.

Quotas were incentivized at Planned Parenthood, says Thayer. Employees at facilities consistently meeting abortion “goals” were awarded pizza parties and paid time off. “It sounds kind of crazy, but pizza is a motivator,” she explains.

Marianne Anderson, a former Planned Parenthood nurse, shares similar experiences in the video. “We were told on a regular basis that ‘you have a quota to meet to keep this facility open,'” she claims. “I felt like I was, more like I was selling abortions sometimes than treating people.”

Whether abortion quotas are pushed via punishment or pizza party, whether they exist due to a desire to achieve population control or a desire to profit, it would be hard to argue that the best interests of patients are being served when institutions or governments require a set number of abortions. This is especially true in context of Planned Parenthood, which loves to promote itself as a healthcare provider and as the place for women to go for the full range of reproductive options. (Mind you, these options almost never include prenatal care or diagnostic ultrasounds.)

A recent Live Action investigation, as well as multiple personal testimonies, have revealed that in many cases, Planned Parenthood refuses or otherwise fails to provide options its own websites advertise to women — such as prenatal care. In addition, other services offered by Planned Parenthood, such as ultrasounds, are offered only in cases of abortion, according to employees of the abortion business. This hardly sounds like the place to go for pregnant women seeking to explore their options. 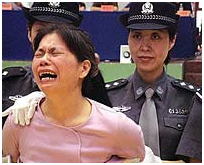 Now, add to that the allegation that the abortion corporation is requiring and/or incentivizing its employees to hit a certain number of abortions, resulting in abortion being pushed on women who may not want it. To those women, it matters little, practically speaking, whether abortion is being pushed due to threat of punishment or hope for a pizza party — the result is the same. It matters little whether we call them “quotas,” “goals,” or “celebrating access to abortion” — the result is the same.

It also serves as no justification whatsoever that Planned Parenthood uses different abortion-pushing tactics than the Chinese government. Pressuring, coercing, forcing, manipulating, scaring, or otherwise pushing abortion on women is wrong — especially for those claiming the pro-“choice” label.