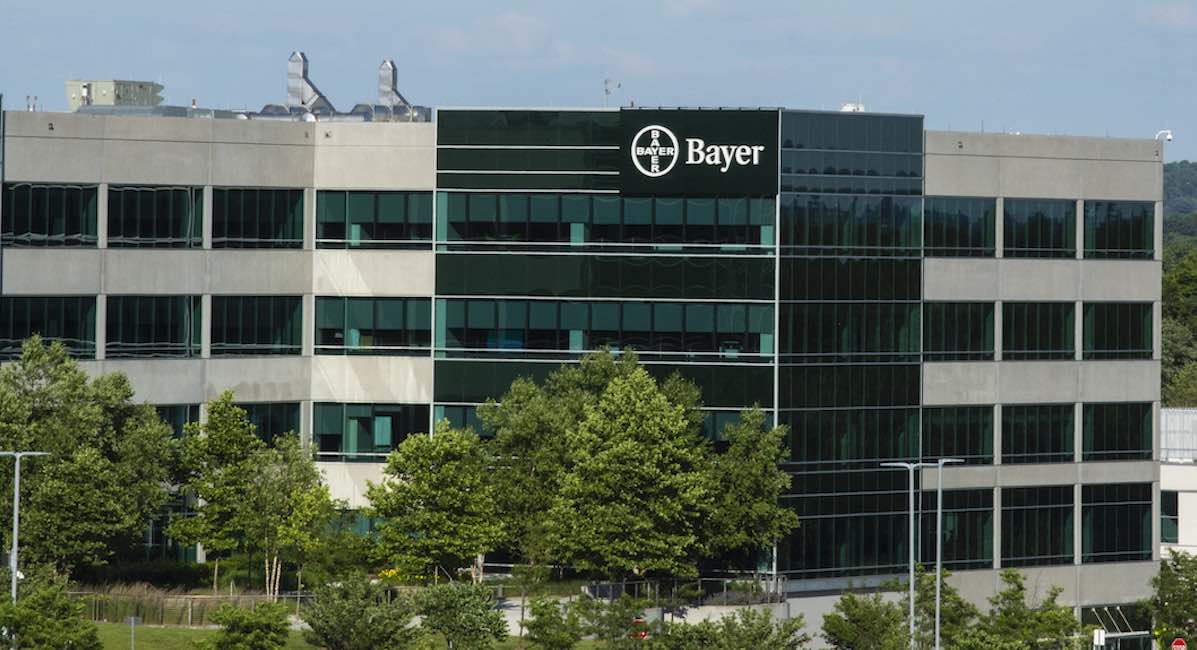 Pharmaceutical company Bayer made headlines in recent months after it paid $1.6 billion in a settlement over 38,000 birth control lawsuits related to its now-discontinued female sterilization device Essure. The settlement admitted no liability or wrongdoing of any kind on Bayer’s part, but, as Natural Womanhood noted, “During its 16 years on the market, Essure harmed women so badly that in 2018 the FDA required prescribers to provide patients with 22 pages of informed consent information about its risks.” Yet it appears that tens of thousands of injuries to women from its own birth control devices has given the company no pause in its crusade to increase contraceptive use globally.

The Christian Post reports that two Planned Parenthood locations — Planned Parenthood of Indiana and Kentucky (PPINK) based in Indianapolis, Indiana, and Planned Parenthood Great Plains (PPGP) located in Little Rock, Arkansas — will each receive $40,000 in grant money, a total of $80,000, from Bayer’s recently-announced partnership with humanitarian organization Direct Relief.

Earlier in December, Bayer and Direct Relief collaborated to launch We’re For Her, “an initiative to provide low-cost or no-cost IUDs to women who qualify” in the United States. Bayer’s Senior Medical Director Dr. Yesmean Wahdan called the program a “total package approach to increasing access to contraceptives” and said that grant recipients like Planned Parenthood were chosen because they “already provide high-quality reproductive health services for their patients.” Planned Parenthood’s President and CEO Alexis McGill Johnson celebrated the financial awards, stating “Bayer and Direct Relief support sexual and reproductive health care and education, and understand that all people deserve access to the care they need, when they need it, no matter what.”

READ: Not all women can ‘thank birth control’. Here’s why women deserve all the facts.

According to the initiative’s website, the program “will help impact the lives of thousands of women by helping to address the challenge of access through product donations, grants provided by Direct Relief to health clinics around the country, and educational materials to healthcare facilities. Since 2001, Bayer has donated more than 277,000 IUDs for women in need globally.”

While the We’re For Her grant money is intended to increase access to contraception, the reality is that grant recipient Planned Parenthood is the nation’s largest abortion provider, with 40% of the nation’s market share. Just weeks after celebrating the We’re For Her grant approval, McGill Johnson unequivocally asserted in a Washington Post interview that Planned Parenthood is a “proud abortion provider,” noting, “Planned Parenthood proudly serves all forms of sexual and reproductive health care, including abortion, and I think when we try to exclude it, we’re excluding a critical part of and a critical option for health care.” 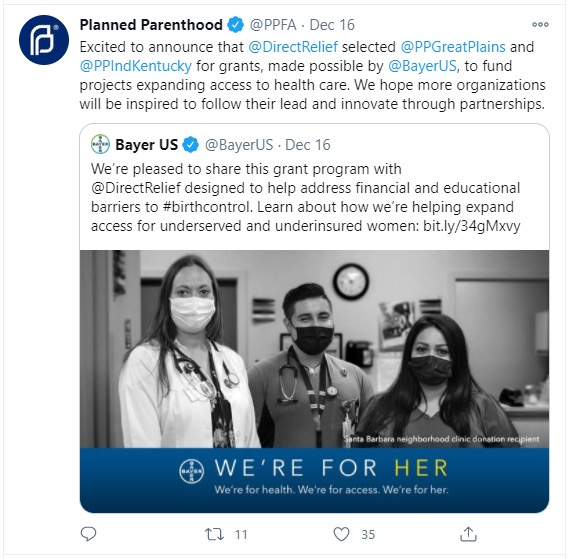 According to Planned Parenthood, the PPGP location will use the grant money to pilot a transportation program for minority women who need transportation to obtain contraceptives. PPINK is expected to utilize the grant money for “sex education, including the creation of virtual platforms for school and community-based outreach, building their capacities for supporting and reaching young people, and providing online courses to train youth educators.” This is deeply troubling, as Planned Parenthood’s sex education programs are inherently problematic, leading to the “grooming” of young children and the “breaking down [of] their natural inhibitions” in order to lead them to sexual activity — and eventually, they may become abortion customers.

Bayer and Direct Relief may intend to increase contraceptive access for poor women, but the reality is that their program has become just another financial pipeline for abortion giant Planned Parenthood.