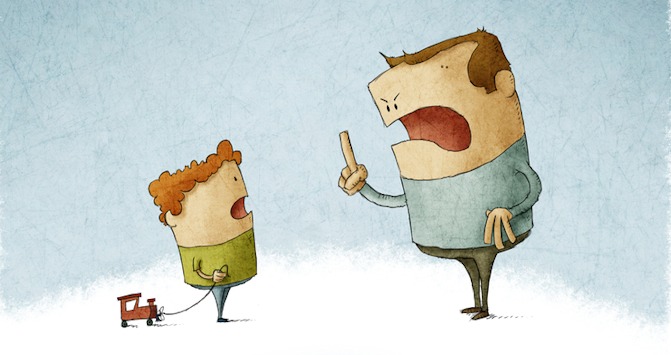 Losing hurts. Wanting something to happen so badly you can’t imagine a world where it doesn’t only sets you up for demoralization, after which hopefully the passage of time can bring objectivity and introspection.

It’s been almost two months since pro-abortion darling Wendy Davis lost her bid to become the next governor of Texas by a commanding twenty points, with the very demographic she was supposedly rescuing, women, rejecting her by nine. Sadly, that doesn’t seem to have been enough time for RH Reality Check senior political reporter Andrea Grimes to process the defeat analytically.

Grimes is  indignant that Texas Monthly has named Davis its Bum Steer of 2015, aka the year’s most embarrassing Texan, complete with this not-so-flattering cover: No one argued that the Democrats would put the Republicans in a tough spot come Election Day. But did anyone think that Davis, after all the national exposure and all the money that flowed into her coffers, would be throttled so badly by Republican Greg Abbott in her race to become governor? In the end, she lost by more percentage points than Tony Sanchez did in 2002. And she won 270,499 fewer votes than Bill White did in 2010 in his doomed effort against Perry. It’s not that the Democrats underperformed. It’s that the party that hasn’t won a statewide race since 1994 actually dug itself an even deeper hole!

For Davis, her campaign started poorly—this magazine compared her rollout to the debut of the Bag o’ Glass from Mainway Toys—and things seemed to only go downhill from there. Infighting! Staff shake-ups! Tension with the press! Missteps over her own biography! And to add insult to injury, after the dust had settled, the state Senate seat she gave up to run against Abbott was claimed by a Republican. Davis may be out of politics for now, but she didn’t walk away empty-handed: she is our Bum Steer of the Year.

To most people with an IQ above room temperature, this is pretty straightforward mockery of a politician whose delusions of grandeur were woefully out of step with reality, with a dash of schadenfreude. But to a blogger whose abortion zealotry runs so deep she can’t tell the difference between pro-life Americans and the Taliban, something far more sinister is afoot: patriarchy.

You see, poor Wendy is being harangued “all for the crime of running for office and losing. And, perhaps more pointedly, for the crime of running for office as a woman.” How do we know that this portrayal of Davis “as ugly, weak, self-absorbed and prissy” is “deeply misogynistic”? Because “none of” the male Bum Steer “covers go out of their way to make [Dick Cheney, Rick Perry, Lance Armstrong, and Jerry Jones] look physically unappealing, and in fact some of them actually improve their looks.”

Congratulations, ANSIRH Hollywood study! You are officially no longer the lamest pro-abortion freakout!

First, if that Perry cover — with his lips puckered like a particularly dim-witted caveman, counting on his fingers to remember what’s literally in front of his face three times over — is Grimes’s idea of flattering, it may say more about her biases than Texas Monthly‘s. Second, has the national discourse really fallen to the point where people need the concept of celebrity caricatures explained to them? It’s a cartoon, not a conspiracy. Geez.

The cover’s other artistic sin was desecrating those infamous pink shoes. In what would be a brilliant satire of the melodramatic pap with which marketers sucker the gullible if not for the fact that Grimes actually believes it, Grimes writes that “the thing I keep thinking about” (*snicker*) — “those sneakers” — “carried so much more than a single legislator through her history-making stand against the most extreme package of anti-abortion laws in the country”:

They carried the hopes of thousands of Texans who came to occupy the halls of the capitol building during the summer of 2013 […] to smear cow shit on those shoes, and all that they and Wendy Davis stood for, is to punch many, many orders of magnitude down. It is to say that running against the odds, as Davis did, was not only foolish—in the manner of accidentally shooting your buddy while you’re out quail hunting—but worthy of outright mockery.

In October, The Federalist’s Sean Davis tweeted that “The Wendy Davis campaign is what happens when you have a candidate who’s too dumb to know she’s a prop for consultants and fundraisers.” And those fundraisers saw poor Andrea coming a mile away.

The name of the feature is “Bum Steers.” Davis’s narrative prominently featured sneakers. The joke’s so obvious that not connecting the two would have been comedy malpractice. This is not complicated…unless, perhaps, you think those sneakers really did walk on water.

Which Grimes just might. All she can see is that they’re making fun of her idol for nothing more than that she “lost an election” (which, by the way, Grimes blames on Texas’s “explicitly racist voter ID laws.” Hey RHRC? Your senior political reporter doesn’t know what “explicit” means. Or that when writing nonfiction, facts aren’t optional). And that’s outrageous because she was doing it for women. For safe reproductive care. For “good science and good medicine.”

Sorry, Andrea, but losing isn’t what made your idol a joke. Wendy Davis is a joke because she wanted to run a state based on nothing more than a radical, inhumane stance on which 62% of that state opposed her — which she explained by accusing the very women she presumed to champion of ignorance (all while being unable to answer basic questions about it herself). Because when her radicalism predictably failed to resonate, she then pretended to oppose the very practice she filibustered on behalf of — and it’s hard to persuade people to stretch fifteen minutes of fame into four years of power once you throw your own pet cause under the bus. Throw in a cartoonishly crass and tone-deaf attack on her opponent’s disability and some less than noble details from her past, and you’re left with a partisan clown that only the most die-hard prenatal execution groupie could still worship.

All that, however, is apparently beyond Andrea Grimes’s imagination. It must be because Davis is a woman. Or because Texas Monthly‘s editors are “privileged.” Or because they’re angling for interviews with the new Republican leaders. Anything but the obvious: that whatever their editorial biases may be, they don’t look at the world around them through the eyes of a fanatic.