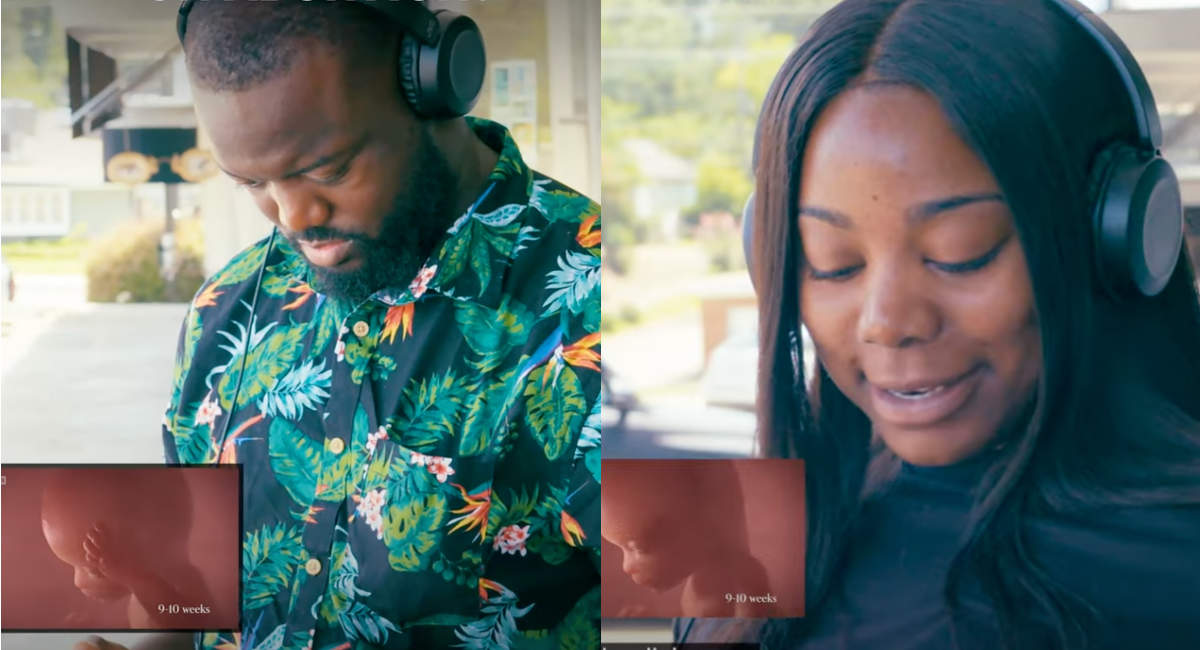 Live Action’s recently released Baby Olivia video is changing the hearts and minds of ordinary Americans when it comes to the humanity of the preborn person at every age and stage of development. Understanding that “a person is a person, no matter how small,” as the famous Dr. Seuss saying goes, is particularly relevant in the context of a recent spate of laws restricting abortion according to gestational age or developmental milestone, as with the recently enacted Texas Heartbeat Act and the Mississippi 15-week restriction to be heard by the Supreme Court this fall.

Live Action took to the streets of Jackson, Mississippi, and asked people what they thought of the 15-week limit. Then, they watched the video shown here:

“The Supreme Court is about to look into a law that would ban abortion after 15 weeks — that’s about four months — here in Mississippi. Is that a law you would support?” the interviewer asked a man on the street in the video below. When he responded in the negative, the interviewer clarified, “Would you want it to be longer than 15 weeks or shorter?”

Mere moments later as the man pulls off his headphones after viewing the Baby Olivia video, he was asked for a one-word response summarizing his reaction. “Surprised,” the man immediately said. “It’s pretty early when life starts happening, obviously, and 15 weeks is too late… it’s a human at that point. It’s a full person that’s able to do a lot — same things that we can do cognitively, so 15 weeks is too late.” The man specifically noted his surprise at the fact that the heartbeat starts just three weeks after fertilization. “[When] you get a heartbeat, you’re your own person,” he said.


He noted that many women wouldn’t have even considered an abortion yet at that early gestational age, but stated, “I think every child is a miracle. There’s so many times that people wish they were pregnant and they’re not… I think so many times we want to take things into our own hands but we shouldn’t be able to.”

He ended by summing up, “I don’t know when would be a comfortable number for me to say when to kill a person, to be honest.” Even his original ‘personally opposed’ stance appeared to have changed, as he said, “I would never have said, ‘yeah, make that choice [for abortion]’ … if I was ever in that predicament. But now, definitely, I think I’d be more of an advocate for anti-abortion.”

In the video below, a woman responded to the same questions by saying she felt the 15-week abortion restriction was too early in pregnancy because “some people don’t know [they’re] pregnant” by then. She added, “It depends on, like, what the situation is, too.”

After watching the video, she shook her head in disbelief. “Dang, that changed my mind,” she said, adding, “Just leave the baby alone. It depends on — even though the situation — I feel like the child should still be here, ‘cuz it’s already here. That’s just like killing a human being. I feel bad. I feel like — that’s just like killing somebody.” The woman then expressed frustration that women considering abortion aren’t given the facts about prenatal development. After watching the video, she believed that when women seek abortions, “they should have like a support group or something….”

While abortion advocates hide behind euphemisms about choice and reproductive rights, the Baby Olivia video cuts through the semantics by showing, in startling and scientifically accurate detail, what human life looks like from the very beginning. Humanity is not magically conferred at some arbitrary point determined by an individual or a court of law. Humanity is present all along.