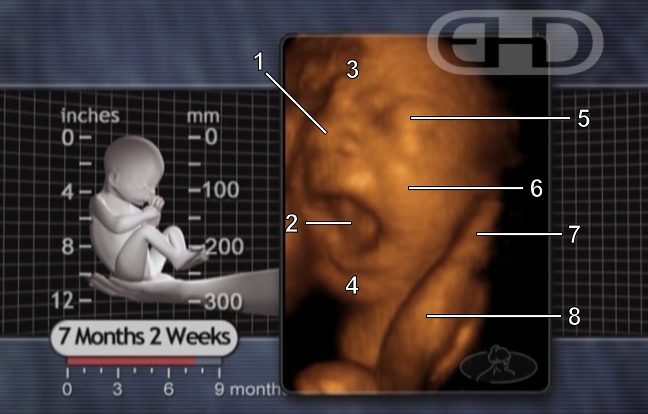 A woman in the United Kingdom who thought she was just 12 weeks pregnant sought an abortion and was prescribed the abortion pill. In reality, she was actually 30 weeks pregnant, and her baby was born on a hospital toilet.

According to the Daily Mail, an inquest has been carried out to investigate this tragedy. Abortion is legal in the UK before 24 weeks of pregnancy. The mother, from East Yorkshire, believed she was only 12 weeks pregnant, which would be a legal procedure — but the abortionist did not perform an ultrasound to confirm gestational age.

A 30-week abortion is not legal unless the preborn baby has been diagnosed with a disability, or if the mother’s life is at risk, even though the intentional killing of a preborn child is never medically necessary. Additionally, the abortion pill regimen is not meant to be taken past 10 weeks gestation, so even at 12 weeks, this mother should not have been prescribed chemical abortion pills.

On October 26, the mother went into labor after taking mifepristone. Mifepristone is the first drug in the chemical abortion process; this pill blocks progesterone, which is produced by the mother’s body to sustain and nourish her baby. Without progesterone, the lining of the uterus breaks down, effectively starving the baby of oxygen and nutrients.

Under ordinary circumstances, the woman would then take misoprostol, which causes contractions and forces the mother to expel her baby’s body. But in this case, the mother had already gone into labor, and ended up giving birth to her son, whom she named Ronnie, at the hospital. Staff realized Ronnie was still alive, and rushed to resuscitate him.

Ronnie was then taken to Jessop Wing maternity unit in Sheffield, where he was suffering from numerous ailments, including multiple organ failure and brain damage. He was placed on a ventilator, but he died four days later. The inquest found that Ronnie could likely have survived if his mother had not undergone a chemical abortion, even if he had still been born prematurely.

Coroner Paul Marks said the ultimate cause of death was brain damage. “Ronnie was born alive on October 26, 2021, after a legal termination of pregnancy by the internal use of drug mifepristone,” he said. “He was deemed as being viable and was resuscitated and then treated at the Jessop Wing in Sheffield. Despite this, his condition deteriorated relentlessly.”

As the abortion pill has skyrocketed in popularity, abortionists have begun embracing the flawed “no-test” protocol, in which a woman is merely given the abortion pills without undergoing an ultrasound or tests of any kind. With the COVID-19 pandemic, the door was also opened to the abortion pills being dispensed virtually, without seeing women in person at all, and abortionists saying they spent as little as 10 minutes before dispensing the pills. This is, unsurprisingly, dangerous; without any testing, it’s impossible for abortionists to determine the woman’s true gestational age, as in this situation, or if the mother has an extrauterine pregnancy or any other contraindications. Data has already shown that the abortion pill is four times more dangerous than first trimester surgical abortions.

Even more tragically, Ronnie’s death and his mother’s trauma are not the first of their kind. During the COVID-19 pandemic, at least two women and a 28-week preborn child died after the abortion pill was taken without supervision. Countless other women, according to leaked NHS e-mails, had serious complications.

Tragically, after originally deciding to halt at-home no-test abortion pills this summer, UK lawmakers reversed course and decided that despite the risks to women and babies, they will continue to allow it. Because of this decision, it is likely that more tragic cases like that of Ronnie and his mother will occur.