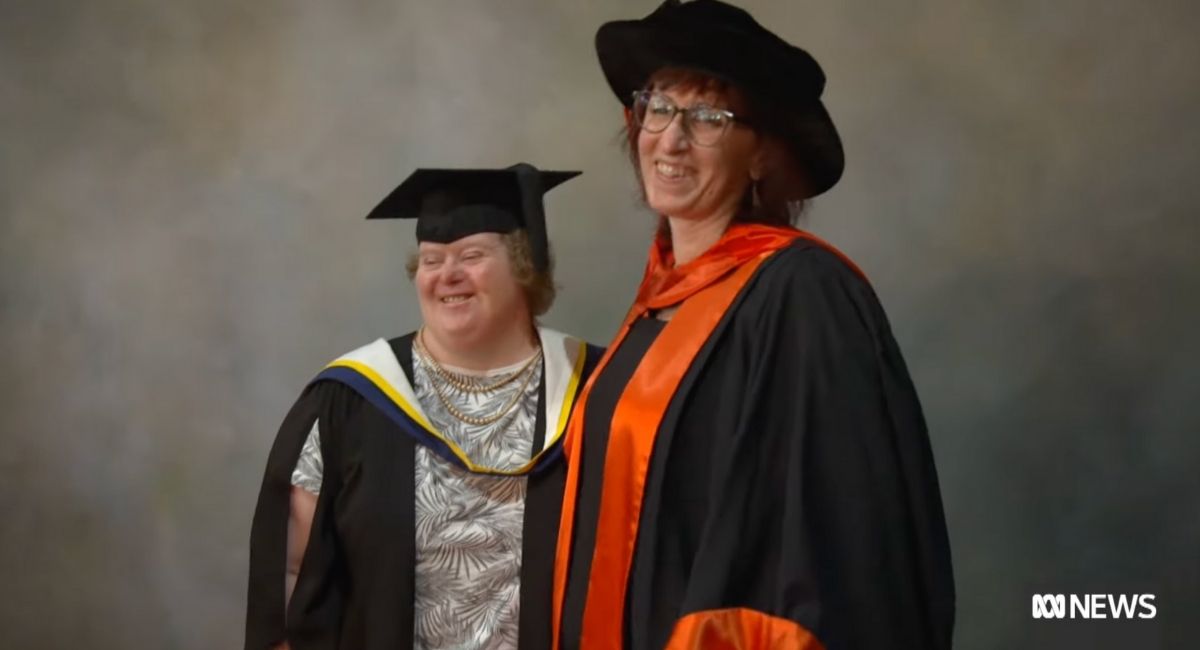 Rachel High of Adelaide, Australia, is celebrating a monumental achievement after becoming the first known college graduate with Down syndrome in her country.

Rachel and her mother, Miriam, spoke with ABC News about the 10-year journey it took for the 44-year-old to navigate the university system and get her degree from Flinders University, saying it wasn’t necessarily the academic work but the social isolation that was most difficult for Rachel.

“There was no mentor, there was nobody meeting her at the gate and taking her into the classroom, there was nobody sharing that experience with her … and that caused incredible isolation, so much so that she didn’t want to stay,” Miriam said. “She’d had enough [and] she said, ‘I don’t like it there, I’m on my own, nobody speaks to me.'”

Rachel wanted to quit, but her parents encouraged her and established a buddy support person who could accompany Rachel to her classes. The University later took over this model, establishing a mentorship program to help people like Rachel.

As part of her final research project, Rachel worked under the supervision of diversity and inclusion researcher Sally Robinson to write her paper, titled “Graduating University as a Woman with Down Syndrome: Reflecting on My Education.” The paper was so well-written that it was published in a peer-reviewed journal. “I was very strongly convinced of the merits of her work, but a peer-reviewed academic paper is empirical evidence that this is a high-quality piece of scholarly work,” said Robinson.

Robinson went on to speak about how the university system as a whole has a long way to go to better support people with intellectual disabilities like Rachel.

Miriam reflected on the significance of what Rachel’s graduation could mean for other people with disabilities. “When Rachel was born 44 years ago, we were told that it would be a good idea if we put her in a home and went and had another child,” she said. “Here was this little girl, this baby, that people had such little hope for and now she might be changing the world for other people as a result of this.”