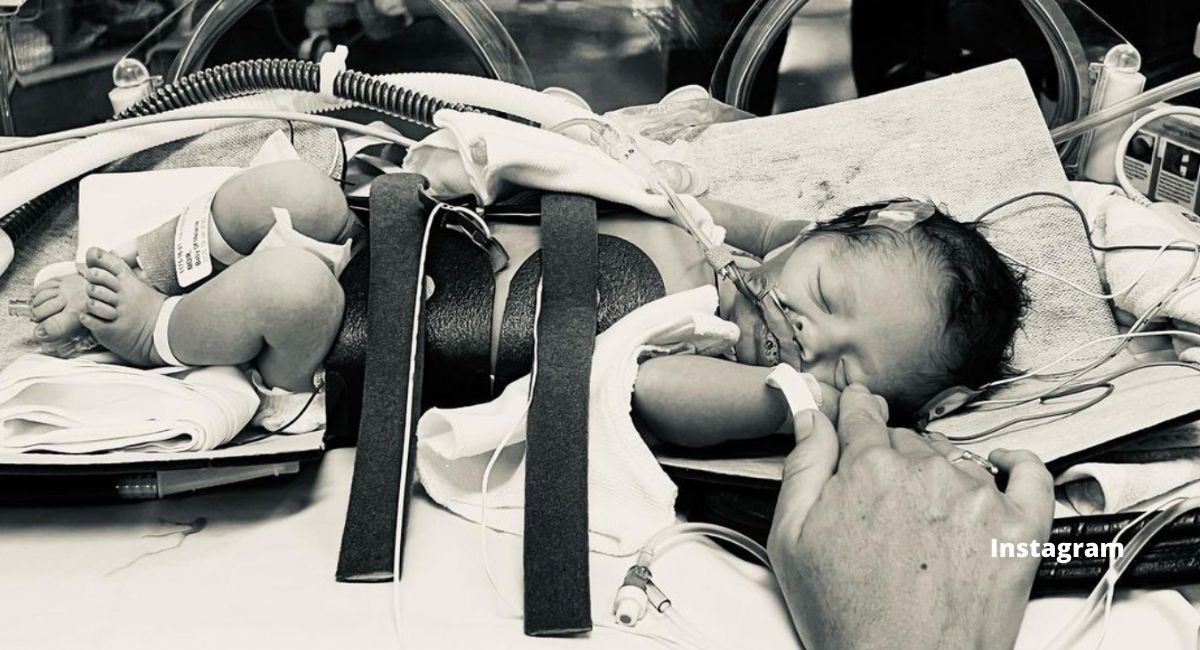 An Australian mom is being hailed a hero after saving her own baby because an ambulance wasn’t available.

Melanie Moir unexpectedly gave birth to her premature son Ethan at home on January 2, two and a half weeks early. Immediately, Melanie and her husband Alex could tell something was wrong. “Ethan didn’t come out in great condition and he wasn’t breathing properly. He was white as a ghost and he just wasn’t moving,” Alex told 9News.

Melanie, a trained midwife, agreed. “He wasn’t moving, and I could tell, the first few minutes I knew he was attached to the placenta and it can take babies a couple of minutes to transition to life outside once they’re born,” she said. “But I could tell after a few minutes he wasn’t pinking up, he wasn’t responding to me, he was barely breathing, that things were quite serious.”

READ: Heroic teens in Russia save newborn abandoned in below zero temperatures

Alex called emergency services for an ambulance, but the dispatcher was unable to provide any time frame for when one might arrive. Desperate, the couple decided to drive the 10 minutes to the hospital themselves. Luckily, Melanie’s instincts and training kicked in, and she used her knowledge to provide CPR to Ethan while they were en route.

“We knew that every minute was critical, and if it wasn’t for my wife being a midwife it would have been even more scary because Mel has medical training and was giving CPR to Ethan as we drove in,” Alex said.

As soon as they got to the hospital, Ethan was immediately declared Code Blue and admitted to the NICU. He was put on a respirator and received a blood transfusion. After a week in the hospital, he had finally recovered enough to go home with his family. 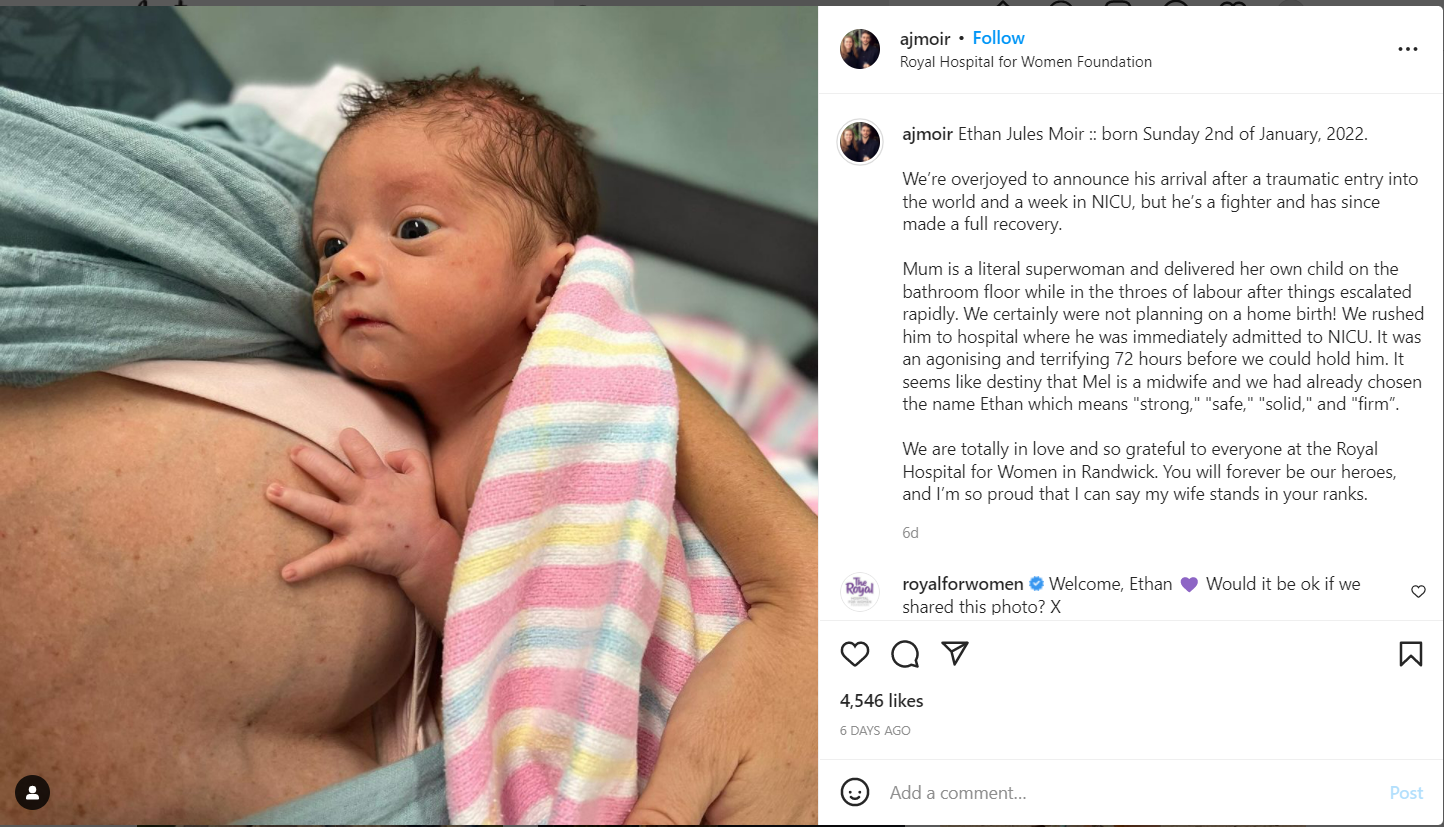 Melanie remarked on the terrifying experience, noting that if she hadn’t had medical training, things might have ended much differently. “My head was going back and forth between scared mum and midwife, so if you don’t have that knowledge and information and experience to draw on it would have been very frightening,” she said.

The couple is speaking out because they say that the lack of ambulances reflects a general breakdown in the healthcare system. Ambulances in their area are reportedly extremely overworked, and workers are not able to respond to all of the emergency calls that come in. The Moirs say they hope to shed light on the problem so that these workers can get more support and help. “We really don’t hold any of the first responders responsible for what happened; we’re not angry at them but we just wanted to share our story to help them get the support they need,” said Alex.

Little Ethan is now home and recovering with his family, but Alex said Melanie is still recovering from the trauma of the scary ordeal.  “Physically Mel is great but obviously it’s been a lot of emotional and mental anguish,” he said.