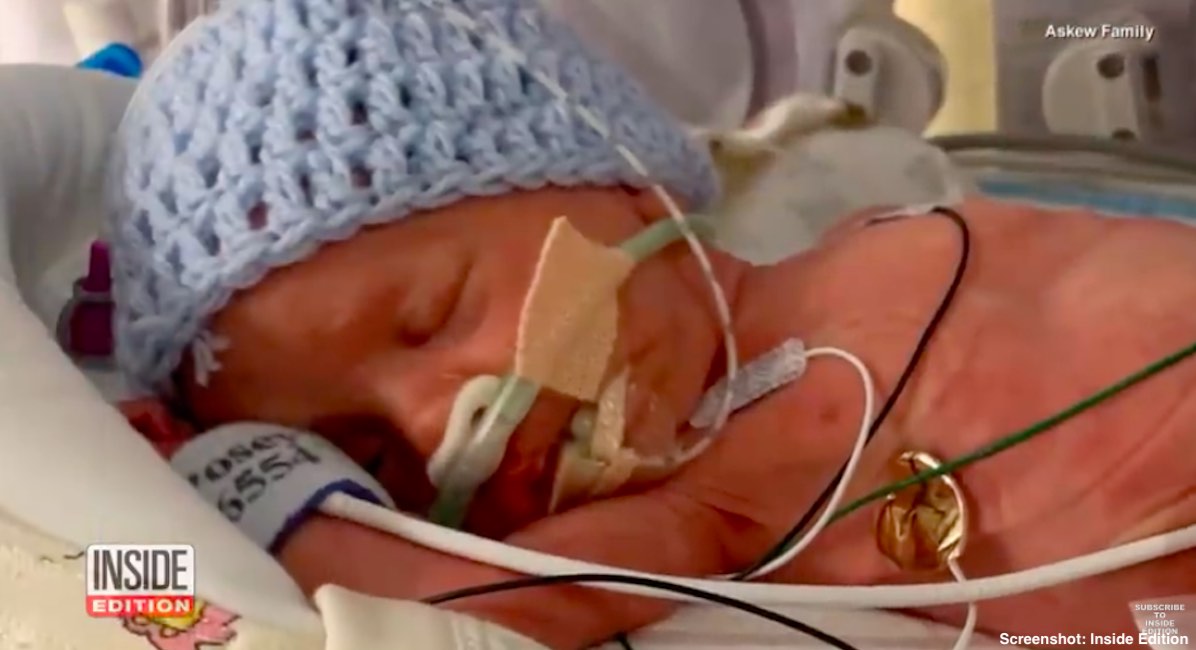 Baby Dylan Askew spent 50 days in the NICU following his premature birth. According to ClickOrlando, Dylan’s dad, Florida firefighter Chris Askew, vowed to dance every day until his son was able to come home. Askew posted the humorous dance videos to the app TikTok using the hashtag #Dancing4Dylan, and they received hundreds of thousands of views. But what started as a humorous way to commemorate his son’s time in the NICU has now become a passion for helping other families with babies in the NICU.

With those TikTok views, messages began to pour in from other NICU parents around the world. Askew told Inside Edition, “They’re telling me that this is the first time they’ve laughed in weeks or months.” Seeing a family making the most of a difficult situation brought hope to many other families struggling as their premature babies fight for their lives.

In total, Dylan spent 50 days in the NICU after being born at 30 weeks. Askew told Inside Edition, “NICU babies are extremely resilient; they are fighters. I don’t know how something so tiny knows what to do and how to grow. It’s amazing to me.” The family’s involvement in a preemie baby’s day-to-day life can make a tremendous difference in NICU outcomes and speed babies in their growth and development.

Through connecting with other NICU parents, Askew learned how fortunate he and his wife, Danielle, were to be at Orlando’s Winnie Palmer Hospital for Women and Babies, which, according to Askew, is one of only a few hospitals in the nation that has a bed for parents so that they can stay with their babies while they are in the NICU.

Askew explained to ClickOrlando that the situation is much different and much more stressful for many families. He said, “I’ve been getting messages from people from all around the world, and when they find out that I’m in the room with the child sleeping, and my wife can stay with him there, they’re blown away. They’re like, ‘Well, I have to drive four hours each time.’”

After almost two months in the hospital, baby Dylan is home with his parents and three siblings, but the Askews have not forgotten about the NICU. They are now working to bring resources and support to other NICU parents through the organization Miracle Babies, which provides financial and emotional support to families of premature babies.