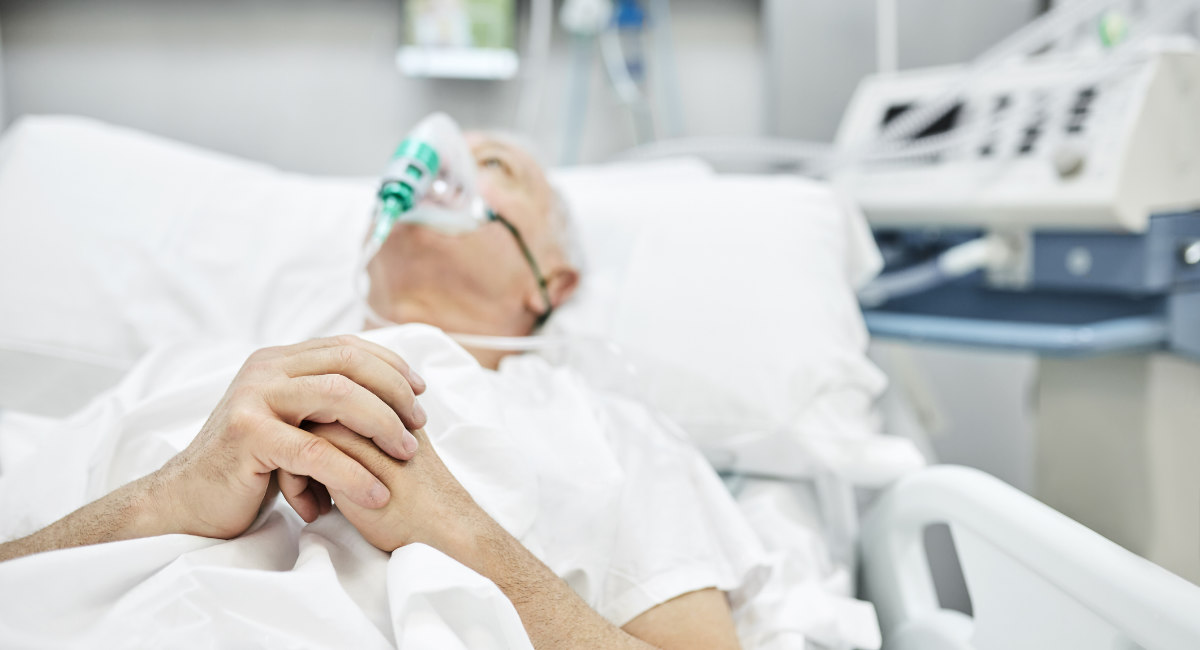 Assisted suicide and euthanasia have been gaining in popularity globally under the guise of a dignified, pain-free death. People claim assisted suicide with the help of a doctor is preferable to dying a natural death from cancer, dementia, or other diseases. Yet is assisted suicide as peaceful and pain-free as claimed? And are the doctors responsible for it saviors — or killers?

The painful death of assisted suicide

Susan Huschle spoke to the Denver Post about her and her husband Kurt’s experience with assisted suicide. The couple both voted to legalize assisted suicide, only for Kurt to be diagnosed with bile duct cancer three months later. It didn’t take long for Kurt to feel that assisted suicide was preferable to living with cancer. “We voted for it,” Huschle said. “But we didn’t know anything about it.”

Kurt took the medication seven months after the legislation was approved and died at home in Colorado. But it wasn’t an easy or pleasant process. His doctor gave him a cheaper medication than one they had heard of previously, a morphine combination they were told would kill Kurt within two to four hours. But things went horribly wrong.

Huschle said she mixed the medications as instructed into two small bottles, which he drank when she left the room at noon. “But with every sip, he’s choking and coughing, choking and coughing,” she said. The choking and coughing went on for 20 minutes before he lost consciousness — but he didn’t die. He continued to gasp for breath for hours. “At 4:15, I started to majorly panic,” she added.

By 7:00 pm, Kurt began vomiting before laying down again and appeared to stop breathing. He finally died at 8:15 pm, more than twice as long as the length of time they had been promised — and nowhere near the peaceful death they had imagined.

The Huschles are not alone. A study published in the medical journal Anaesthesia analyzed data from the Netherlands and found that prolonged, painful deaths from assisted suicide and euthanasia were far from rare. It took 30 hours for a third of patients to die, and a small number — 4% — took seven days to die.

During assisted suicide, most patients are given barbiturates, which are what cause unconsciousness and make the heart and lungs eventually stop working. Yet a significant number of patients have difficulty ingesting the pills. Nine percent struggle to swallow them, while another 10% vomit. And if patients aren’t able to ingest the full amount, a horrifying side effect can result: the person will remain paralyzed, but conscious and aware as they slowly die from organ failure.

Researchers also found that people are much more likely to be improperly sedated during assisted suicide or euthanasia than they would be if they were undergoing surgery. “[T]here is a risk that vulnerable citizens may be killed by suboptimal, or even cruel, means,” the paper noted. “When compared with clinical anesthesia, the complication and failure rates of assisted dying by these other methods seem extraordinarily high.”

It only gets worse when one considers that assisted suicide is, in many circumstances, still a new process. Doctors have experimented with various methods of killing their patients, only to find terrifying results. One cocktail tried out was deemed too harsh, as it was “burning patients’ mouths and throats, causing some to scream in pain.” A second cocktail took too long. “[Twenty percent] of the cases were 3 hours or more before death, which we think is too long,” Robert Wood, a volunteer with End of Life Washington, said in an email to USA Today. “The longest was 31 hours, the next longest 29 hours, the third longest 16 hours and some 8 hours in length.”

Dr. Carol Parrot, a retired anesthesiologist who has prescribed fatal drugs, was one of the doctors trying to find how best to kill suicidal patients. But she bristled at calling it an experiment. “We’re not experimenting,” she said. “We are working with available drugs to provide dying patients a comfortable, peaceful death that is reliable and safe for them and comforting for their families as well.”

Yet experimenting is exactly what she, and all doctors assisting in this process, are doing. They are prescribing a drug cocktail that they know will be fatal, and hope will be quick and pain-free. Unfortunately, too many people learn too late that what they’re promised is not what they’re going to get.

To heal, or to kill?

Cameron McLaren is an Australian oncologist who has also begun dabbling in assisted dying, killing patients who are considered terminally ill. He’s given fatal drugs to 15 patients and been present at the deaths of 27 others. Yet he doesn’t like being described as a killer. “What I do isn’t evil,” he told the Independent. “It is appreciated by the patients and their families more than anything I’ve ever done in medicine. And it’s the most gratifying work that I’ve certainly ever done, not only in terms of providing the service to the patients and their families, but also being able to share my experience and demystify some of the perspectives on assisted dying as well.”

Furthermore, he denied that he’s taken anyone’s life, and even though he was the one to prescribe the fatal drugs or euthanized patients, he still said it was their diseases that killed them. He told The Independent:

I’m not a killer. This isn’t killing. The cancer or underlying medical condition has already done that, it’s brought about the social death of the patient and the end of the quality of life that they deem minimum to want to continue. They’re stuck in purgatory between living and dying and desperate for the end, and this is providing them with that. These people are choosing to make a decision and control how that happens, and I don’t agree with that being a wrong thing.

While McLaren says he’s not a killer, he acknowledges that most people are not looking to die in order to avoid pain.

“That’s the fourth most common reason. The top three are losing dignity, being less able to engage in activities that make life enjoyable, and loss of autonomy,” he admitted. “This is really about control, particularly for patients who have handed control over to the medical system for weeks, months, or in some cases years. It’s an opportunity to take control back from the disease that’s been dictating their life.”

No matter what euphemism he tries to use, the fact of the matter is, McLaren is killing people, though the method may differ from the Dutch doctor who euthanized a woman fighting for her life, as her family held her down.

The realm of assisted suicide and assisted dying is filled with people unwilling to face the reality of what they’re doing. Indeed, many don’t even want to include the word “suicide,” claiming that it’s different from so-called “regular” suicide. The trendy new term is “medical aid in dying,” but the truth doesn’t change. Assisted suicide is helping someone to take their own life, while euthanasia involves actively killing someone. And in the process, people are suffering — all because the world has deemed a life with disability or illness to be one not worth living.