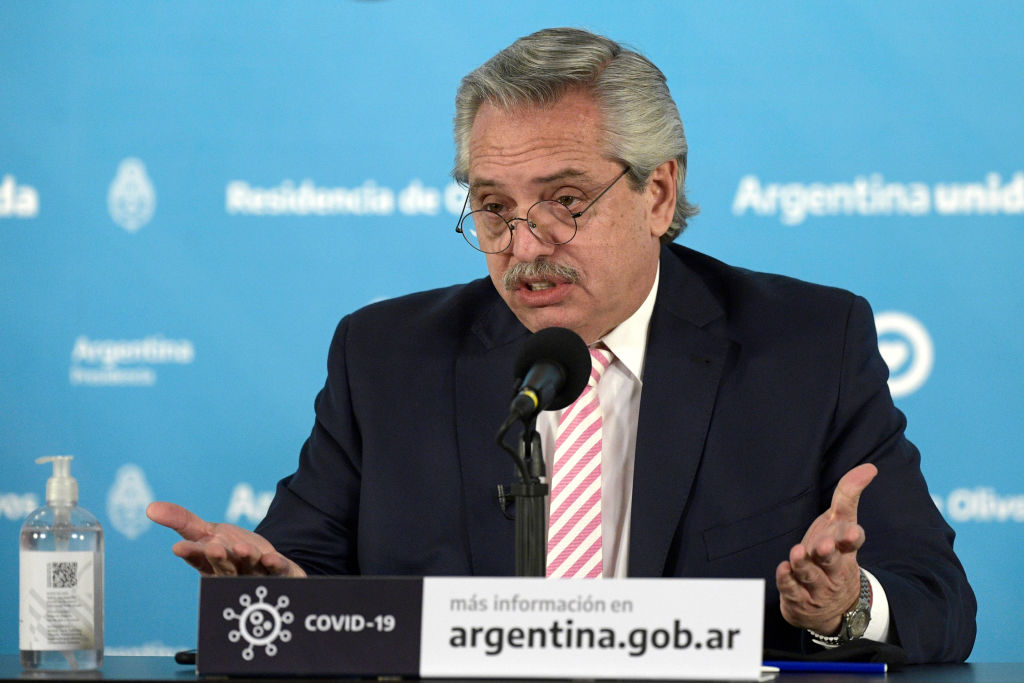 After making promises to the abortion industry that he would legalize abortion, Argentina President Alberto Fernández is pushing for it to be legalized by the end of the year. Earlier this week, he announced that he had introduced a bill to Congress allowing abortion through 14 weeks of pregnancy, with a vote being urged before the year’s end. The announcement comes despite a September report stating that an abortion bill would likely not be taken up until 2021.

Last month, Fernández vowed to make good on his earlier promises to legalize abortion before the pandemic. In a video, he said the country needed to handle the “dilemma” of abortion in order to prevent women from being injured in illegal abortions. “It was always my commitment that the State accompany all pregnant people in their maternity and take care of the life and health of those who decide to interrupt their pregnancy,” he said in the video. “The State must not ignore any of these realities.”

Mariela Belski, executive director of Amnesty International Argentina, celebrated the announcement, and called for Argentina’s lawmakers to vote in favor of the bill. “It’s time we said goodbye to decades of violations of sexual and reproductive rights. Legalising abortion is a human rights imperative,” she said, according to the Buenos Aires Times.

Fernández also spoke to Futurock Radio this week with a dig at his pro-life predecessor. “I feel like the standard-bearer for this claim. This time there will not be a president calling for a governor so that his senators vote against it,” he said. “I will do all my efforts so that the abortion bill passes and becomes law.”

And though much of the country is pro-life, Fernández insisted abortion needs to be made legal anyway, simply because abortions are taking place already. “The debate is not about deciding whether or not there should be abortion. Abortions occur in clandestine form, placing at risk the health and lives of the women who submit to them. The dilemma we must overcome is whether abortions are to be clandestine or within the Argentine health system,” he said, adding, “The criminalisation of abortion has been of no use. It has only allowed abortions to occur clandestinely in troubling numbers.”

In truth, when abortion is legalized, it does not become safer or protect a woman from maternal mortality. It does, however, increase the number of abortions.

Currently, abortion is only legal in Argentina if the mother has been raped or if the mother’s health is in danger. Abortion, however, is the deliberate killing of a preborn child and is never truly medically necessary. And as Fernández pushes to legalize abortion, pro-lifers continue to fight back, with 400,000 people attending the country’s March for Life online.

If Argentina legalizes abortion, it would be the first country in Latin America to do so, which could have further devastating consequences. The pressure put on Argentina by the abortion industry will have been seen by them as a successful effort, and those efforts are likely to be repeated in other pro-life countries in the region.