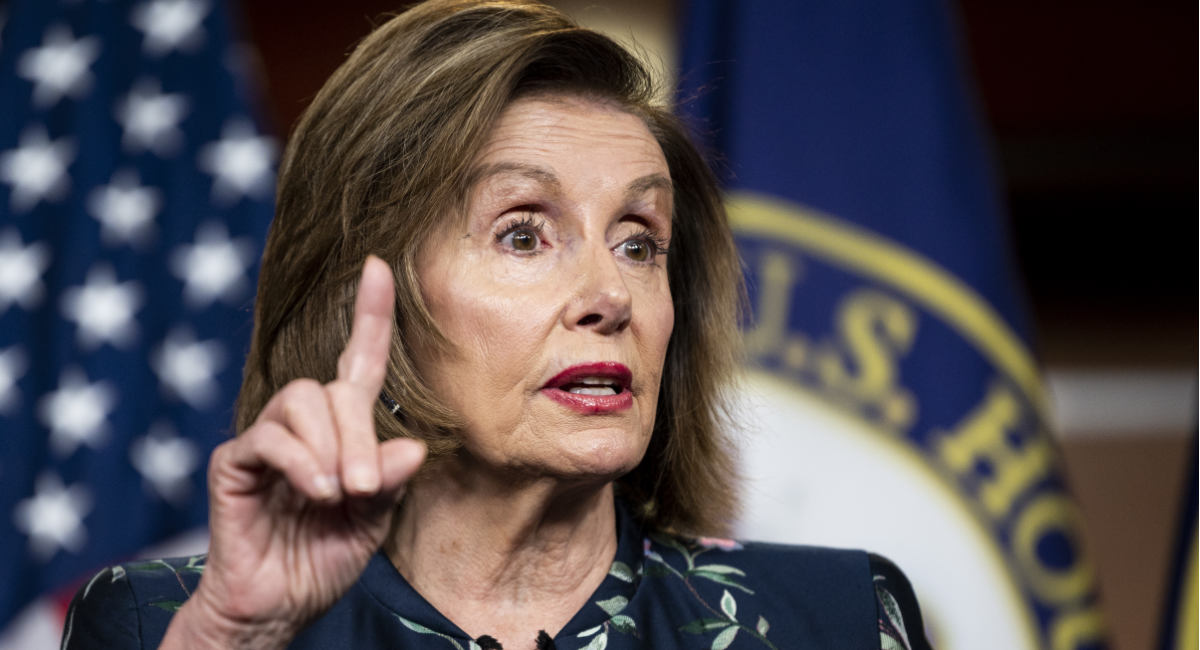 As pro-abortion Members of Congress act to get rid of the Hyde Amendment, a pro-life rider than has prevented federal taxpayers from funding most abortions since 1976, pro-life congressmen have fought back by trying to force a vote to ban taxpayer-funded abortion. However, they have been blocked in the U.S. House each time. For the first time, Hyde was not included in the president’s proposed budget — a decision House Speaker Nancy Pelosi defended in her weekly press conference, while referring to herself as a “devout Catholic.”

Calling it an issue of “health” for American women, Pelosi said that forcing taxpayers to fund abortion has been a priority to “many of us” for a long time, adding:

As a devout Catholic and mother of five in six years, I feel that God blessed my husband and me with our beautiful family – five children in six years almost to the day. But that may not be what we should – it’s not up to me to dictate that that’s what other people should do, and it’s an issue of fairness and justice for poorer women in our country.

But Pelosi’s statement is in direct opposition to 2,000 years of doctrine from the Catholic Church, which has consistently held that all human lives are precious and worth protecting.

Pelosi’s own archbishop, the Most Reverend Salvatore J. Cordileone, Archbishop of San Francisco, responded promptly and directly, telling the Catholic News Agency, “Let me repeat: no one can claim to be a devout Catholic and condone the killing of innocent human life, let alone have the government pay for it.”

“To use the smokescreen of abortion as an issue of health and fairness to poor women is the epitome of hypocrisy: what about the health of the baby being killed? What about giving poor women real choice, so they are supported in choosing life?” he said in a statement. “This would give them fairness and equality to women of means, who can afford to bring a child into the world. It is people of faith who run pro-life crisis pregnancy clinics; they are the only ones who provide poor women life-giving alternatives to having their babies killed in their wombs.”

He concluded, “I cannot be prouder of my fellow Catholics who are so prominent in providing this vital service. To them, I say: you are the ones worthy to call yourselves ‘devout Catholics!’”

This is not the first time Archbishop Cordileone has publicly corrected Pelosi. Earlier this year, Pelosi complained that pro-lifers who voted for Trump over Biden due to abortion were “willing to sell the whole democracy down the river for that one issue,” which she said gave her great grief “as a Catholic.”

In response to that egregious statement, Archbishop Cordileone again pointed out that Pelosi’s words are in opposition to Church doctrine.

“To begin with the obvious: Nancy Pelosi does not speak for the Catholic Church,” he wrote in a statement. “She speaks as a high-level important government leader, and as a private citizen. And on the question of the equal dignity of human life in the womb, she also speaks in direct contradiction to a fundamental human right that Catholic teaching has consistently championed for 2,000 years.”

He continued to explain that when it comes to politics and Catholics, there are “many issues of very grave moral consequence that Catholics must weigh in good conscience.” But he was also clear that abortion is not about politics.

“No Catholic in good conscience can favor abortion. ‘Right to choose’ is a smokescreen for perpetuating an entire industry that profits from one of the most heinous evils imaginable. Our land is soaked with the blood of the innocent, and it must stop,” he concluded. “That is why, as Catholics, we will continue to speak out on behalf of those who have no voice to speak for themselves and reach out to, comfort and support those who are suffering the scars of the abortion experience. We will do so, until our land is finally rid of this despicable evil.”