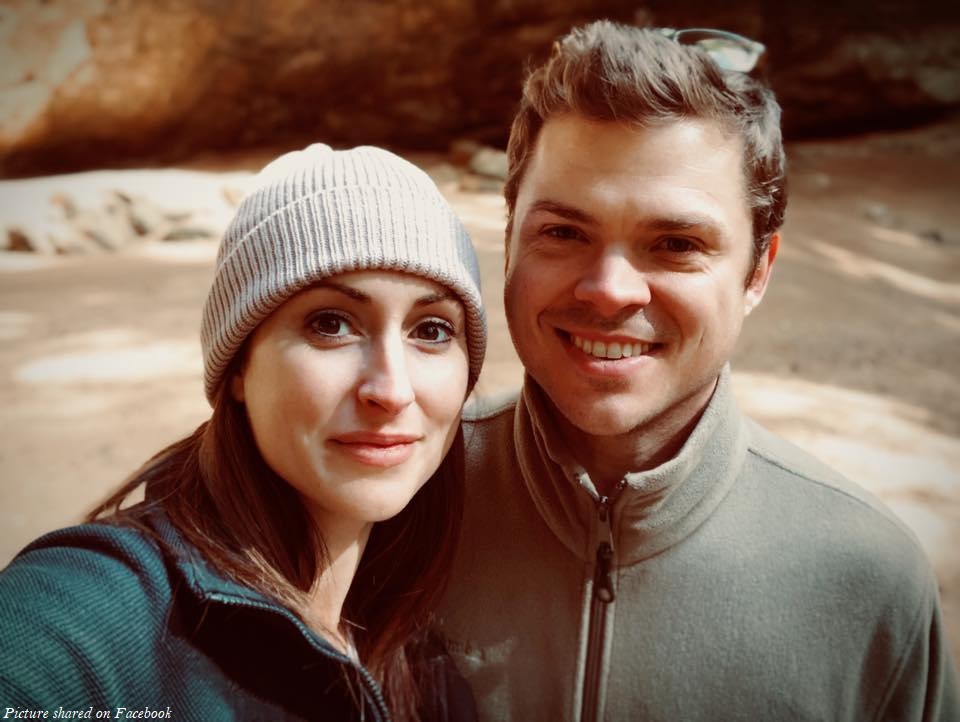 Brooke Martin, a news anchor for WISH-TV News 8 in Indianapolis, offered a candid look at her family’s difficult journey after discovering their baby girl has anencephaly. In September, Brooke had shared her joy with viewers when she announced that she was expecting. She and her husband, Cole, were looking forward to the birth of a brother or sister for their 2-year-old son, Max.

Their story took an unexpected turn when Brooke visited the doctor recently for a case of bronchitis. Brooke told WISH-TV, “And the doctors made a rare discovery: Our baby was diagnosed with anencephaly, a rare condition in which the baby’s skull does not develop.”

She added, “We found out it’s a girl, but she has zero chance of survival. We decided to carry her long-term or as long as she survives.”

Cole said, “I’m just so proud of my wife, just the way she’s handled this news, carried it every day since then.”

READ: Angela and Gabriel, born with anencephaly, show why every child deserves protection

For the Martin family, there is still much uncertainty. Brooke explained on WISH-TV, “Typically they [babies with anencephaly] go full-term. There is a chance we could lose Emma before that, but, otherwise, she’s healthy.” She added, “I was watching her kick and stretch around on the ultrasound. Her heartbeat’s strong.”

Brook and her husband have found great consolation in their faith. She said in the interview, “We have named her. Her name is Emma Noelle. Together, it sounds like Emmanuel, which means ‘God is with us.’” She did not hide how difficult the news has been, saying, “We are heartbroken, you guys. We are so sad. But on the other hand, we are so confident that God has a plan for Emma, that he is going to redeem her story.”

She explained, “You know, even when she’s inside, we trust that she can feel our love and know how much her mom and dad love her. And we know that we’ll be able to spend eternity with her someday. And that’s our confidence, and that’s our hope.”

Discussing the coming months, Brooke said, “It’s hard; it’s the hardest thing I’ve ever been through, but what I can tell you honestly — the overwhelming peace I have felt throughout this entire journey so far, and it’s just begun — has been unbelievable.”

Brooke is not alone in describing a sense of peace after choosing to carry her baby to term. Sadly, most families facing a prenatal diagnosis of a life-limiting condition like anencephaly are advised to abort the child. Few parents are offered support like perinatal hospice, or put in touch with other parents who have faced the same diagnosis. Instead, doctors often encourage parents to end their child’s life prematurely in order to avoid the pain and trauma of carrying a child to term who will very shortly die.

Even though offering abortion might seem compassionate in instances like this, it is deeply misguided. A child with a disability is no less human. It is contrary to human dignity to kill someone simply because she may live only a short time.

Studies have also shown that there are psychological benefits for parents who choose to carry to term. Any family that loses a child faces tremendous grief and pain, but parents who chose to abort a terminally ill baby were at even greater risk for serious psychological effects. Writing for Live Action, Sarah Terzo explains:

Couples who abort their terminally ill babies also tend to suffer from grief and depression.

One study shows that 92% of mothers and 82% of fathers of children aborted due to fatal fetal anomaly suffer depression. Another study, in the British Medical Journal study, says:

Women undergoing termination of a planned or wanted pregnancy after prenatal diagnosis constitute a high risk group, vulnerable to depression and social disruption.

Abortion does not take away suffering; abortion ends a human life.

Brooke Martin’s honest discussion of her family’s journey gives her community an opportunity to love her daughter in a way they couldn’t have otherwise in the short time that she likely has in this life. Brook encouraged viewers, “This is just life, and life hurts sometimes. So please follow along this journey with us. Love on Emma as we will. And we will get through it together.”