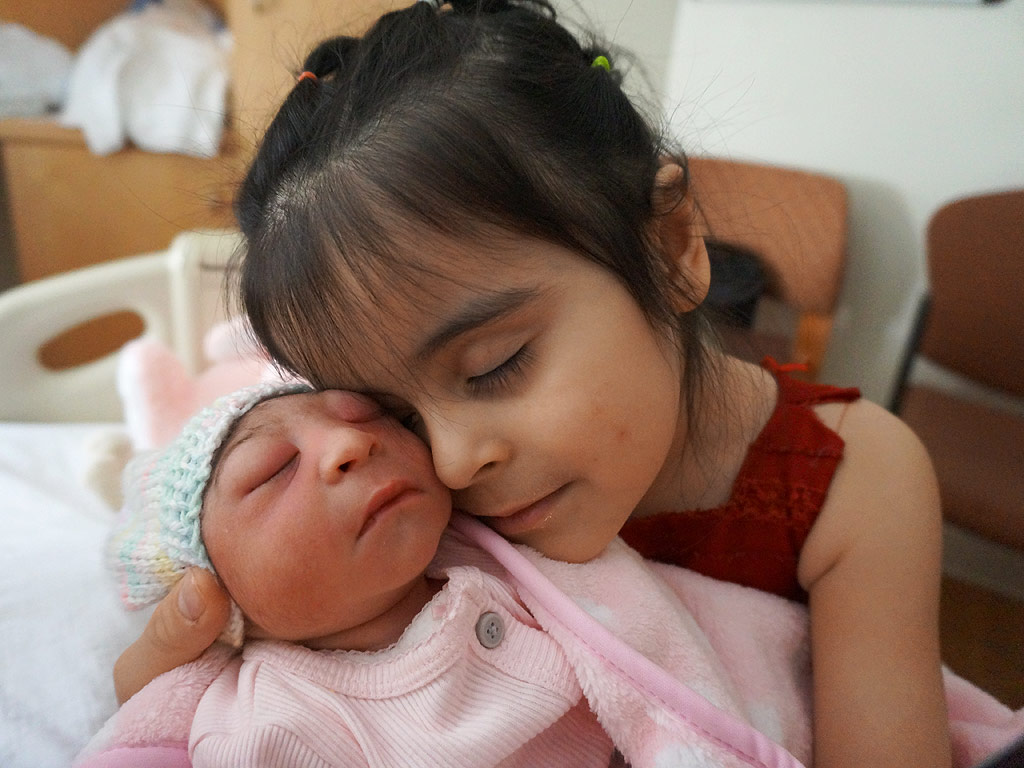 Little Angela Morales wasn’t supposed to live. When she was still inside her mother’s womb, doctors diagnosed her with anencephaly – a condition in which the brain and skull fail to develop, usually leading to the baby’s death before or shortly after birth.

When delivering a prenatal diagnosis of anencephaly, almost all doctors advise mothers to abort in an attempt to spare them the pain of carrying a child for nine months, only to see him or her die within minutes or hours of birth.

But baby Angela was lucky enough to escape that fate – her mother, Sonia chose to carry and give birth to her despite her doctors’ warnings.

Now, having just celebrated her first birthday, Angela is alive and thriving, leaving doctors scratching their heads and her parents urging other couples to think twice before ending the lives of babies with similar prenatal diagnoses. Doctors “used these words when I was pregnant: ‘Incompatible with life,'” Sonia told Rhode Island’s NBC 10 News. “No, anencephaly is not incompatible for life, because she is living and she’s proving that these babies can live.”

For the first few weeks of Angela’s life, the Morales family celebrated every day that she survived with birthday cake, never knowing if it would be their last chance to rejoice over their daughter’s life.

“Last year we were crying. It was like saying hello and goodbye the same day, so it was painful,” Sonia told WPRI, recalling Angela’s birth.

But not only did Angela beat the odds by surviving her entry into the world, she kept on fighting.

Hours turned to days, days turned to weeks, and weeks turned into months. Now, Angela is a year old and seemingly thriving, confounding the doctors who were once sure she would never make it outside the safety of her mother’s womb.

While Angela still lags far behind her peers developmentally, she can lift her head, smile, and roll over – achievements that spurred her doctors to change her diagnosis from anencephaly to encephalocele – a condition in which only part of her brain is intact and growing.

“It’s something that we didn’t expect to happen,” Sonia told NBC 10. “But God had other plans, and He gave us this time.” To WPRI, Sonia said, “We’ll take care of her until God decides to take her away, and God has already given her to us for one year.”

The Morales family maintains a Facebook page for baby Angela, where she has more than 4,000 followers praying for her and monitoring her miraculous progress.

“We just do it because we just want to show her life and we want to show that sometimes the doctors can be wrong,” Sonia told NBC 10 about their ongoing social media outreach.

Baby Angela is not the first child with anencephaly to have beaten the odds after her mother resisted pressure to abort. Nickolas Coke, a little boy from Colorado, lived three years with the condition before passing away in 2012. His grandmother told the UK’s Daily Mail, “He taught us everything – he taught [us to] love, how to be family. He taught us everything…He was our hero.”

Another little victim of anencephaly, Marcela Ferreira of Brazil, became the center of a national controversy in 2006, as abortion advocates urged the government to legalize the termination of babies like her, whose short lives would be filled with pain and suffering.

Marcela’s mother fiercely opposed the proposal. “Everybody suffers, but she doesn’t belong to me. She belongs to God, and I am taking care of her here,” she said in an interview shortly after Marcela’s birth. “Every second of her life” is precious, she said.

“I consider her life to be a miracle so great that I am going to wait until God decides when to take her.”

Marcela lived a year and eight months with her condition. She touched so many lives that 1,500 people attended her funeral and a street was named in her honor.

But even mothers whose children lived only a short time after being born with anencephaly say they have no regrets about bringing them into the world.

Kari Williams’ daughter Marley was diagnosed with anencephaly at her 20-week ultrasound scan. Doctors urged Kari to abort, but she refused. Marley lived five hours, long enough for her to meet most of her extended family. Now, Kari runs a Facebook page for other mothers facing the same diagnosis.

“I tell moms that [doctors] can’t force you,” Kari told Live Action. “I have never seen a mother…who carried her baby and had regret. The only ones with regret are the ones who terminated or induced. And it’s sad.”

“I don’t have a single regret,” Kari added. “I don’t for a single second regret carrying her. I knew she was my baby. I’m not going to end her life. That’s in God’s hands, how long she lives for. If she could have lived forever, I would have loved that.”

Micah, who was just 17 when she learned she was pregnant with her daughter Ambra, also refused to abort, even after she learned the baby had anencephaly.

“[N]o matter what, she was my daughter,” Micah told LifeSiteNews. “There was a life inside of me and I couldn’t just take that away from her.”

Although baby Ambra was stillborn, Micah cherishes the three and a half hours she and her boyfriend spent cuddling their infant daughter. Now, she shares her experience publicly as a pro-life activist, urging other girls and women facing unplanned or difficult pregnancies to give their children a chance at life.

“I got to meet my daughter, to hold and kiss her. I couldn’t imagine not being able to share those few hours with her,” Micah told LifeSiteNews. “Even to this day when I share my stories, doctors, mothers of many children, fathers and strangers will ask, ‘why not abort?’ It saddens me that this is the way we think. I still continue to fight for her, and all the babies that have been aborted.”

Editor’s Note: This article originally appeared on LifeSite News, and is reprinted here with permission.