Organ donation is a lifesaving decision. When a person chooses to donate his organs in the event of his death, it is often regarded as an act of heroism. A family who chooses to donate the organs of a loved one is considered selfless. But things get a bit muddled when a child, who is likely to live only a short time outside the womb, is brought to full term not out of a desire to allow that child to live out her natural life in the arms of her parents, but for the purpose of donating her organs.

Children with a condition known as anencephaly — the absence of a brain or parts of the brain — do not usually live for long outside the womb. Because of this, some believe these children should either be aborted, or carried to term so that their organs can be donated to others who need them. While the former is disturbing and sad, the latter has many concerned that children with anencephaly are seen more as commodities than as human beings.

In February 2017, CNN published a story on a family whose daughter, Eva, had anencephaly. Her parents stated (emphasis added), “We made our choice to carry Eva to full term for a lot of reasons, but the first and foremost was to donate her organs. … It was just a practical endgame that in our minds, before we came to the realization Eva is alive and our daughter deserves to meet her mama and daddy, gave us a purpose to continue on.” 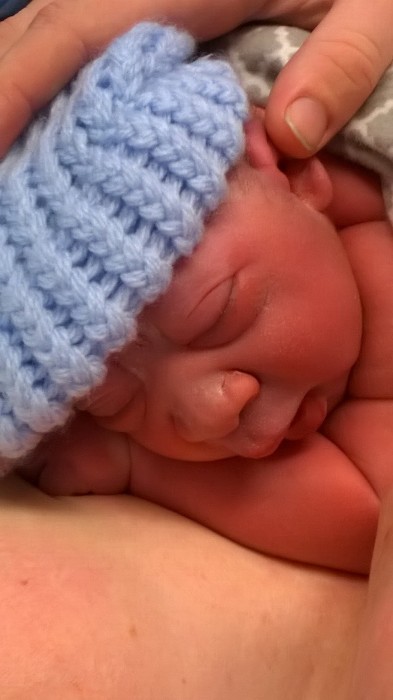 Baby Rory, who survived for two days after birth

While it is certainly laudable for these parents to wish to bring good out of their own tragedy, the first thought in their minds was admittedly not the dignity of their daughter, but of the fact that their daughter’s organs might be of use to others, since she wasn’t likely to survive long anyway. They went on to say that Eva’s organs are “what really matters”: “[W]hile the experience of holding and kissing our daughter will be something we cherish forever, the gift(s) she’s got inside that little body of hers is what really matters…. There’s another family out there hurting and hoping for a miracle for their baby, knowing full well someone else’s baby will need to die first. Eva can be that miracle.”

A blog on bioethics by Michaila Kaufman calls anencephalic children “unborn heroes” because their organs can save the lives of others. But should we really be looking at these small human beings as mere collections of parts, when they are whole persons deserving of dignity? Kaufman says, “These unborn infants, if brought to term, could save the lives of many infants in need, and could have the ability to give life without ever experiencing life for themselves.” The blog notes that “every year 12,000 unborn fetuses are diagnosed with a missing brain and parts of their skull…. 2,000 are brought to term; none will survive more than a few days.”

It sounds as if the author is suggesting that instead of aborting babies with anencephaly (which it seems most people are doing), they should be brought to term since they could be useful… for parts.

Kaufman says, “none will survive more than a few days,” but while the majority of babies with anencephaly may survive no longer than this outside the womb, others do. Later in the piece, Kaufman contradicts her own claims by saying, “The lifespan of an anencephalic baby is generally extremely short. Many die within a few hours, less than half survive a day and fewer than ten percent survive more than a week.…”

But surely, it is not the length of a person’s life that gives it meaning.

READ: ‘Whatever time we get is worth it’: Couple shares story of son born with anencephaly

Then, Kaufman presents an unfortunately dehumanizing characterization of babies with anencephaly:

Anencephalic babies have fully or partially functioning brainstem tissue. Because of this, they are able to maintain some unconscious activity, including the functions of the heart, lungs, kidneys and intestinal tract, as well as reflex actions. They may be able to breathe, suck, engage in spontaneous movements with their eyes, arms and legs, respond to harmful stimulation with crying; however their cry is more of a faint squeak. These infants may be able to mimic facial expressions of a healthy child, but will never have any recollection of what they are doing, even if they could potentially grow up. Because of this activity it may appear that anencephalic infants may be conscious, but sadly they are not and these actions are only reflexes.

This description is sadly reminiscent of pro-abortion claims about preborn children — even those with complete, fully functioning brains. They’re not fully self-aware. They’re not really conscious like the rest of us. They’re not sentient. Therefore, they’re just potential humans. When we dehumanize human beings, it becomes much easier to take their lives (or harvest their organs) without really considering what it is that we’re doing. 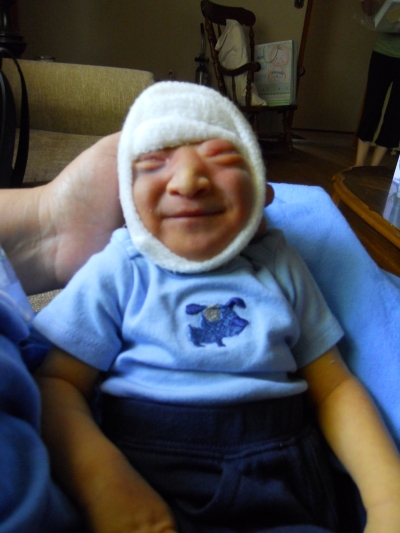 More than 119,000 people are waiting for an organ transplant in the United States, making it very challenging to find this compatible donor, but for pediatric patients it is nearly impossible… The difficulty in obtaining suitable numbers of infant cadavers with supported vital functions by a life-sustaining treatment have led some physicians to search for alternative sources of organs. This is why some physicians and parents have proposed the idea that parents of anencephalic infants be allowed to donate the child’s organs for transplantation.

Kaufman even mentions (perhaps laments?) the fact that because of safety for infants in cars, not enough are dying, so the organs need to come from somewhere else.

Kaufman goes on to say, “Anencephalic live births are uncommon and becoming more scarce with miscarriages and abortions due to prenatal diagnoses…. Anencephalics may not be a complete solution, but can be a worthwhile option when none others exist.” What’s interesting about this is while many want to use anencephalic children for their organs, no one is suggesting we do the same for healthy, “unwanted” children who are being aborted. No one is saying, “Wait! Don’t abort your healthy baby, because somebody might need those organs!” Why is that? Why is it acceptable to parcel out “anencephalics” (note the dehumanizing language Kaufman uses) but not babies who don’t have anencephaly? Discriminating against babies with terminal illnesses is apparently now in vogue.

Let’s not forget that these are human beings. People.

One of those people is Baby Angela, who, unlike most babies with anencephaly, survived much longer than just a few hours. Angela, who has severe microcephaly and anencephaly, is now three years old. She goes to school and has begun to vocalize and communicate with her parents and others. 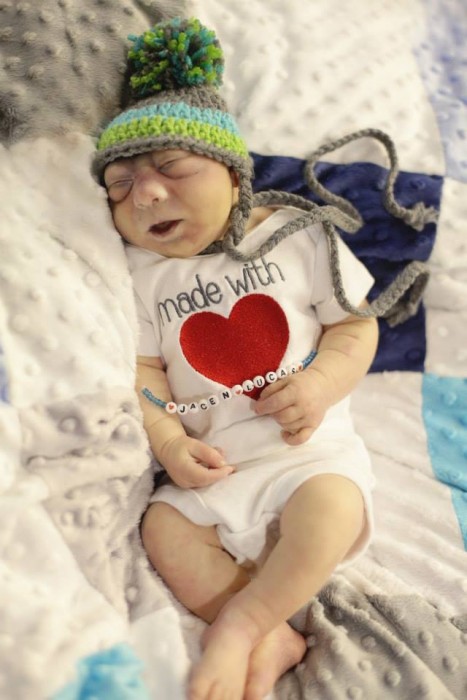 Kaufman goes on to write:

If anencephalic babies were to donate… twenty five kidneys, twelve hearts, and seven livers each day could help save suffering children from growing up in a hospital, allowing them to live a potentially full and healthy life free of machines and outside hospital walls (Shewon, Capron, Peacock, and Schulman 1773). Why wouldn’t someone want to save them? Saving just one life would make a difference.

Of course people want to save them. But isn’t the way we save them important?

If an organism is able to breathe and circulate blood, many assume it to be alive. What if this same organism is missing all or most of its brain, and consequently is deaf, blind, and wholly unconscious. What adds to the definition of human, or of being whole?

If an organism is independently breathing and has circulation, then that organism is alive, not just “assumed” to be so. A human being missing a brain, or who is deaf, blind, and unconscious is still a human being. It’s not an ability to execute a certain task which makes us human. It is our DNA.

Treating one child as a not-quite-human object to be harvested in order to save another child deemed more “worthy” of life is treading on dangerous, unethical ground, and babies with anencephaly deserve just as much dignity and protection as those babies without it.