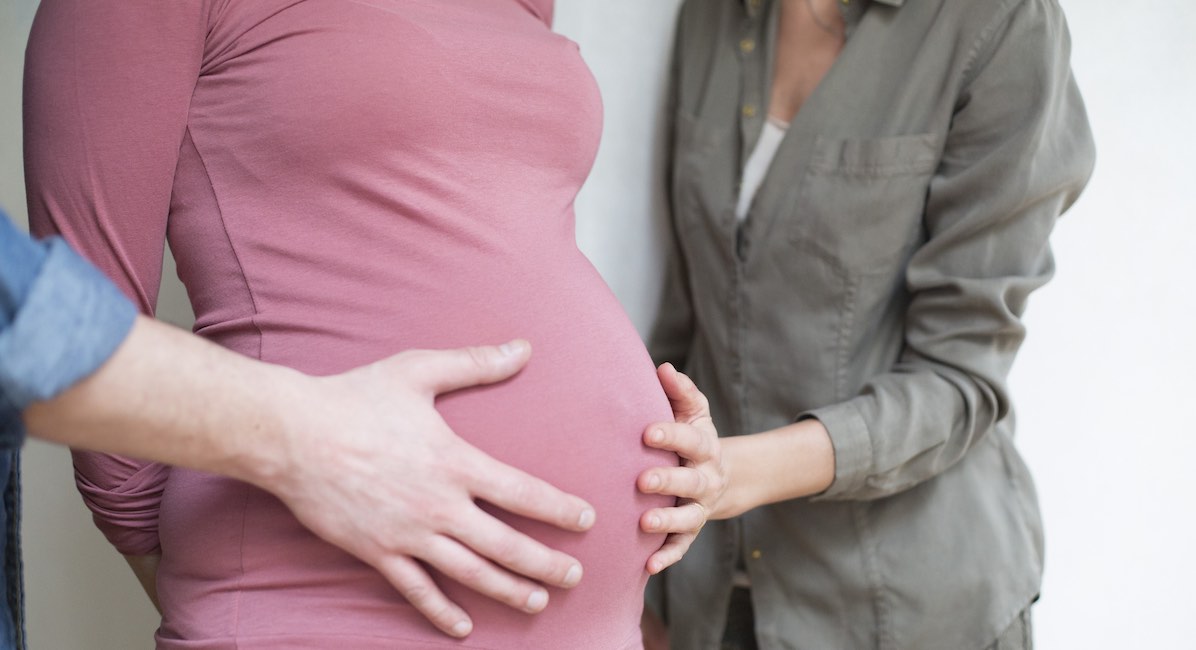 When struggling to have children, many couples today turn to the fertility industry for help; accordingly, the use of IVF and surrogacy has exploded. But fertility methods are fraught with ethical concerns, and have helped to create a world in which children are no longer seen as gifts, but as commodities or as things that adults are owed. When weighing the options of IVF, surrogacy, and adoption, pro-lifers — and anyone longing for children — must understand the ramifications of using an industry to create their children. Adoption is the more ethical solution.

IVF has created many beloved children, but the health risks associated with IVF are many. Children created through IVF have an increased risk of premature birth, high blood pressure, and cancer, and there are risks for their mental health as well. IVF has also killed millions of embryos in the process, with a million more perpetually frozen, waiting for their parents to decide if they want them or not.

Read more about the dangers associated with IVF here. It is important to remember that surrogacy does not generally happen without IVF.

There are two types of surrogacy: traditional and gestational. In traditional surrogacy, IVF is not used because the surrogate is inseminated with the father’s sperm. In this sense, she is acting as both egg “donor” and surrogate. She is the biological mother of the baby, but has agreed to sell her baby to the couple. According to Southern Surrogacy, her parental rights will need to be terminated, and in some states, the non-biological parent will have to fill out a step-parent form in order to have parental rights. Because of this, traditional surrogacy has been losing popularity in comparison to gestational surrogacy.

In gestational surrogacy, the couple uses IVF to create a baby using the mother’s egg and the father’s sperm. When that isn’t possible, they use a donor egg or donor sperm to create the baby using IVF, and then attempt to implant that baby into the surrogate’s uterus. In doing this, the surrogate has no biological relation to the child, which means she has no parental rights to the child. It’s more expensive, but carries less legal risk.

Surrogacy allows couples to create their desired child, and the wealthier the couple is, the more options there are in creating designer babies.

“When you are commissioning and swiping your credit card for a product, even one that you want badly, you are participating in commodification, regardless of whether the intended parents are the biological parents of the surrogate-born children. In this case, the products are human beings,” said Katie Breckenridge of the children’s rights advocacy organization Them Before Us.

A study out of Harvard Medical School revealed that this isn’t an extreme statement. Sixty-two percent (62%) of children conceived through donor technologies, including surrogacy, believe it to be unethical and immoral. They feel like business transactions. One woman told Them Before Us, “Somehow, somewhere, my parents developed the idea that they deserved to have a baby, and it didn’t matter how much it cost, how many times it took, or how many died in the process. They deserved a child. And with an attitude like that, by the time I was born they thought they deserved to have the perfect child… as Dad defined a perfect child. And since they deserved a child, I was their property to be controlled, not a person or a gift to be treasured.”

The loss of a parent

For nine months, this child has been in the womb of one woman, and has become accustomed to her heartbeat and her voice. Studies have proven that being separated from her at birth is a “major physiologic stressor” for the baby, which can permanently alter her brain and leave her susceptible to depression, abandonment issues, and emotional problems related to attachment, bonding, and self-esteem.

One young man who was created through traditional surrogacy said that his birth mother was paid $8,000 to have him and give him away. He explained:

Something horrible happened to us at birth. We lost our mothers. They did not die, but they might as well have been dead because we lost them in the capacity of mother, and to a tiny baby, that feels like death… That makes us feel very rejected. That leaves a hole in our hearts whether we admit to it or it manifests some other way like in depression or a fear of getting close to someone else…

Sometimes it doesn’t show up until we are in our teens or [are] young adults, and like me sometimes it shows up as a baby when I scream my head off for six weeks and they call it colic… Nothing can console us… I wanted my mother and she wasn’t there… You can’t just substitute mothers and expect us to be OK with it.

When a child is purposefully created to be taken away from one or both of her parents, an injustice has been done to that child. Samantha explained her perspective :

I didn’t even know that there was such a thing as a mother until I watched “The Land Before Time” at school. My 5-year-old brain could not understand why I didn’t have the mom that I suddenly desperately wanted. I felt the loss. I felt the hole.

As I grew, I tried to fill that hole with aunts, my dads’ lesbian friends and teachers. I remember asking my first grade teacher if I could call her mom. I asked that question of any woman who showed me any amount of love and affection. It was instinctive. I craved a mother’s love even though I was well-loved by my two gay dads.

Children need and deserve both a mother and father, and research shows that children raised in a home with their biological, married parents are healthier both physically and mentally. In fact, children living with their mother and her boyfriend are 11 times more likely to be sexually, physically, or emotionally abused than children living with their married, biological parents. A 2002 study from the Urban Institute revealed that 15.7% of children ages six to 11 living with cohabiting parents had serious emotional problems such as depression compared to 3.5% of those living with their married parents. The stability of marriage, the bond with biological parents, and the more stable finances of a married couple are all factors.

READ: Adoption, though traumatic, exists to heal a wound. Abortion creates one.

Why adoption is the better option

When it comes to surrogacy, Breckenridge states that a wound is “intentionally” inflicted on the child. Surrogacy creates trauma because it has the goal of separating a baby from her parent(s). But with adoption, the wound has already been created. The adoption agency or foster care system, with the child as the focus, attempts to heal that wound by matching the child with parents who will offer the child the best support to overcome the challenges she will face due to the trauma of losing her birth parents. Adoption, in other words, is an attempt to heal and help children.

Katy Faust, founder of Them Before Us and author of the book by the same name, explained, “Adoption should be sought only when all avenues to keep the child with their family of origin have been exhausted. The trauma a child faces when they’ve lost a relationship with their biological parents should not be minimized or ignored.”

Children who are placed for adoption are the client, not adults. This is why prospective adoptive parents go through a screening process, including home visits and training. Parents using IVF or surrogacy don’t, which had has horrific results.

Surrogacy commodifies children and exploits women, with the women choosing to make money through surrogacy more likely to be poor, while the women who pay them are more likely to be wealthy. A surrogate is discarded once the baby is born, and the child she carried will likely never know who she is, but will suffer the consequences of that broken bond.