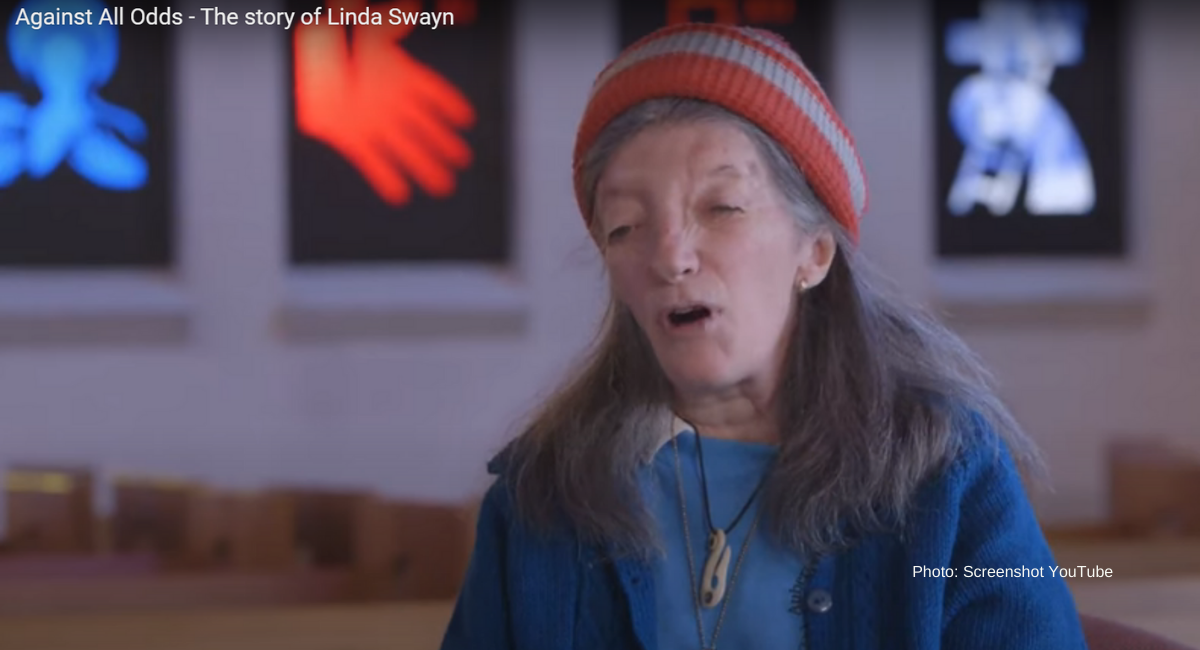 Linda Swayn grew up in the care of the Sisters of Compassion in Island Bay, Wellington, New Zealand, which was founded by Venerable Suzanne Aubert to help care for babies and children deemed unwanted. But Linda wasn’t just deemed “unwanted.” She survived an abortion attempt.

“My mother had an unexpected pregnancy with a married man who already had a daughter that was about four years old,” Swayn told Fr. James Lyons, Chaplain of the Home of Compassion. “And it was a shock to her. She didn’t want her parents to know she was pregnant, so she got hold of a drug called methotrexate, and methotrexate is a drug that’s used to be able to abort the fetus. However, I survived.”

It was the 1960s. Though methotrexate, an anti-rheumatic drug, is today rarely used for abortions, the Mayo Clinic says it is typically used along with misoprostol when used as an abortifacient. It alone can cause the death of the preborn child, but it can also cause neural tube defects, harming the development of the brain, spine, or spinal cord. The Mayo Clinic states, “This type of medical abortion must be done within seven weeks of the first day of your last period, and it can take up to a month for methotrexate to complete the abortion. Methotrexate is given as a shot or vaginally and the misoprostol is later used at home.”

But Swayn did not die. She had been born prematurely and with several medical problems. She spent a year and a half in the hospital due to the effects of the drug on her developing body. After those 18 months, it was obvious to the medical staff that no one was coming to bring her home. That’s when the Sisters of Compassion stepped in and welcomed her into their facility, which included a hospital.

READ: Abortion survivor Claire Culwell: The truth about my past set me free

“One of the main issues with the surviving of an abortion under the methotrexate drug is that it affected the skull, so I’ve got two holes in the back of my skull,” she explained. “And it’s like a fontanelle [a space between the bones] that never closed. […] And the other is it affected my feet. So I’ve only got two toes on each foot, which is one big toe and one other. So I’ve had surgery on my feet to help me walk properly when I was about six years old. And I’ve had surgery on my skull […] as well as surgery on my eyes.”

Swayn learned she was an abortion survivor at about 10 years old when the sisters decided it was time to tell her. She speaks highly of the care she received from the sisters and said that once she received a hearing aid and glasses, she was able to enjoy life even more.

“I feel I’ve had a fulfilled life,” she said. “[…] My life was full of joy and happiness. My medical needs were met. My surgical needs were met. And my social skills needs were met because there were so many children. You weren’t isolated. I had the best education. There was lots of land to play on. We had lots of things to do.”

Swayn earned her teaching certificate and helped establish the New Zealand Special Education Association which works with the parents of children who have special needs and are being educated alongside their typical peers. She was also privileged to meet Mother Teresa and work with her in the streets of India, helping the poor, including babies.

As for how she feels about her own mother, Swayn said she doesn’t feel angry or resentful. “I have forgiven my mother,” she said. “[…] I don’t feel I could ever judge her, just accept what happened.”