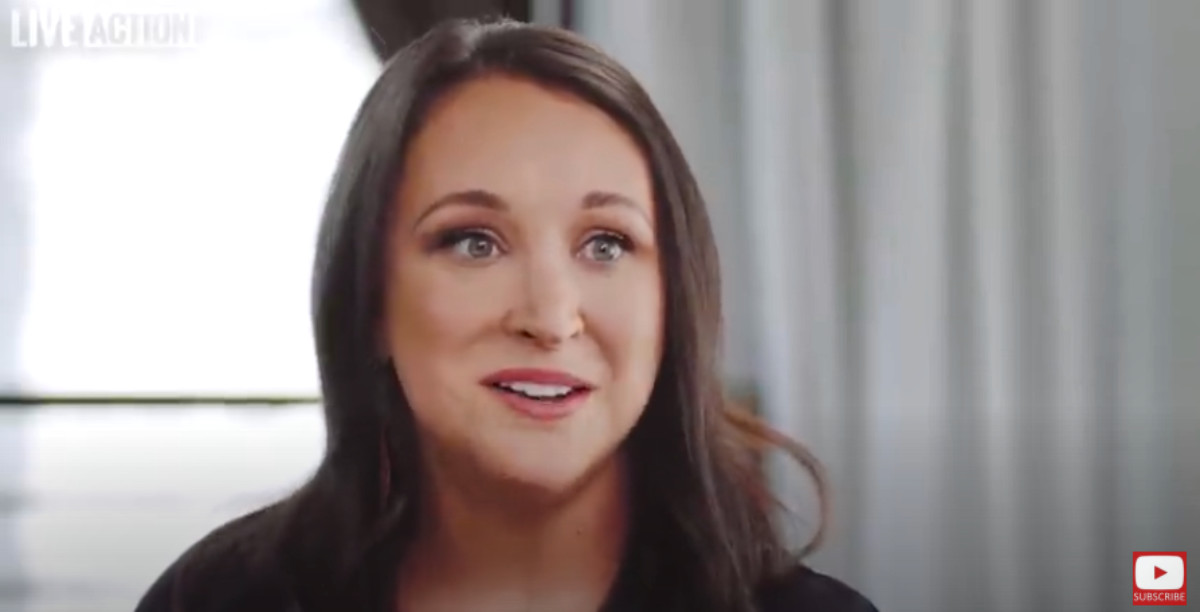 The moment you find out you are an abortion survivor is the moment you begin to navigate your new place in this world. In that moment, you are forced to wrestle with your new identity and the reality that we live in a society that doesn’t want to acknowledge your existence or humanity.

At least that has been my personal experience as one of the first outspoken abortion survivors in history. When I learned I had survived the abortion procedure that had been intended to dismember my body to death like it did to my twin, I thought I was the only one. I remember going to my computer and searching to see if there was anyone else that shared my experience. I knew there were other women like my birth mother Tonya, who had experienced an abortion, but had anyone else survived an actual abortion procedure like I had?

I soon discovered the answer was YES — there were other survivors like me. However, it seemed like it was a rarity. And the reason for that was because the stories of survivors were not being heard, but instead were being dismissed by society to the point that many survivors will likely never learn the truth about their survival story.

For 21 years, all I knew was that I had been born prematurely to a 13-year-old birth mother before being adopted by a wonderful, loving couple in 1988. I reunited with my birth mother when I was 21 years old, and that was when I learned about her abortion and my survival. With tears in her eyes, she shared the pain and regret she had been forced to live with after her mother — my biological grandmother — made the decision for her to abort me and then to place me for adoption after the abortion failed.

I vividly remember her tears and the way her voice shook as she repeated, “Your life is a miracle, Claire. I am so sorry,” over and over again. She fully expected me to run out of the room that day and never speak to her again…

God intervened in my birth mother’s home the day she told me the truth. It was a truth that would set me free and eventually work in the lives of others to set them free as well. I was able to forgive my birth mother because of the incredible grace and forgiveness that had been modeled to me in my home growing up and that I had experienced in my relationship with God. Simply put, I am forgiven, and because of that, I can choose to forgive. So I chose to forgive my birth mother; and, because of her willingness in allowing me to share our story, many lives have been changed and many have been freed of the burden of a past abortion because of the forgiveness and freedom found in Christ and the story He wrote on my life.

READ: Abortion survivor and adoptee Claire Culwell: ‘There is a reason that I survived’

Since then, I have had the privilege of sharing my story across the world and most recently in my new book, “Survivor,” available in bookstores on April 27, 2021. Because of the opportunities I have had in sharing my story, I have personally connected with dozens of abortion survivors who are eager to find community and to be valued for who they are as survivors. Some are even choosing to share their story publicly as well. The Abortion Survivors Network, founded by abortion survivor Melissa Ohden, has connected with over 300 survivors and will continue to serve survivors and their families for years to come.

In my book, “Survivor: An Abortion Survivor’s Surprising Story of Choosing Forgiveness and Finding Redemption,” I hope readers will grasp two things. Firstly, I pray they will come to see that all human life has inherent worth, dignity, and value, regardless of stage or circumstance. One can see the humanity of the unborn in the abortion survivor. And so we cannot be silent. Secondly, I hope readers will know that God always goes before us and will create something beautiful from our shortcomings, pains, regrets, and times of confusion. He wants to meet us in the trenches and walk alongside us, making a way when it feels impossible. He is for us, always. “Survivor” includes a foreword by Abby Johnson, an afterword by Josh McDowell, and multiple pro-life resources.

“Survivor” is available for sale in bookstores April 27th. 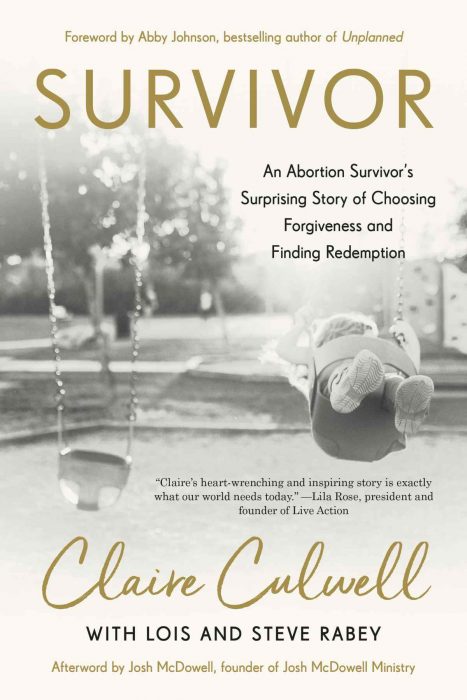 If I could encourage you with a single message today, it would be to trust God. He sees the bigger picture when you don’t. Do not be afraid to stand for truth and for things that matter. Be a part of the change in creating a culture that values life so that nobody who has been impacted by abortion, who has survived an abortion, or who is currently facing an unplanned pregnancy has to walk alone. We can change our culture together, right now.