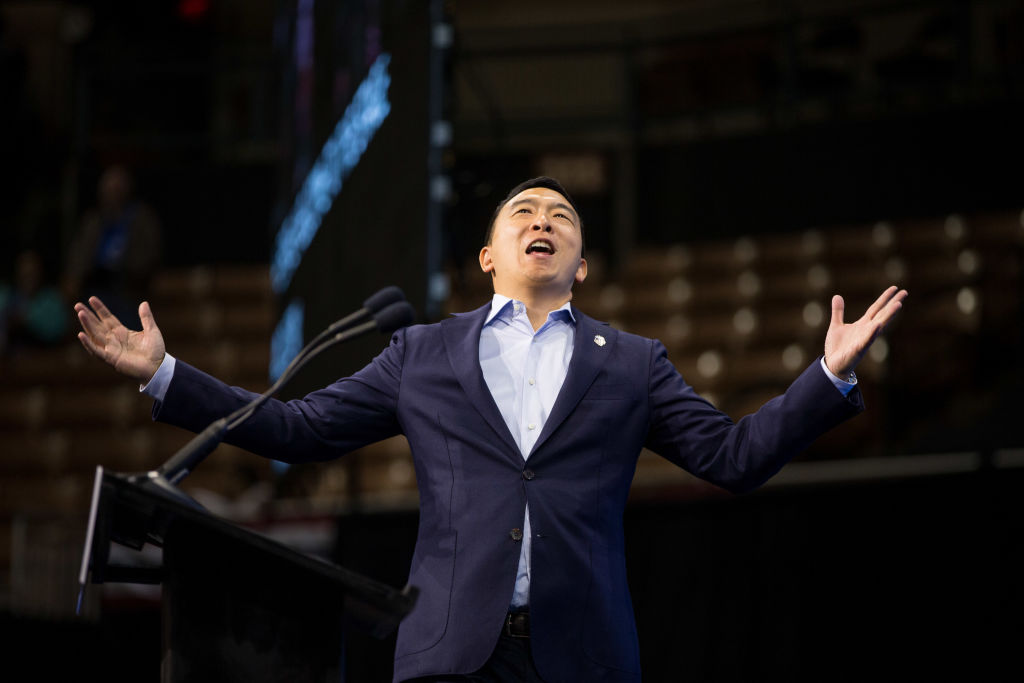 While many abortion advocates insist that no one likes abortion, the truth is that the radical abortion movement has left behind the idea of merely keeping abortion legal; they now want it widespread and normal. This past holiday season, an abortion organization gave out candles that read, “Abortions are magical.” Billboards explicitly meant to celebrate abortion have been erected in states like Alabama and Texas. The head of the National Abortion Federation has said that abortionists are saints. So it should come as no surprise that the remarks of a Democratic presidential candidate — in part, describing abortion as a “tragedy” — have outraged many in the pro-abortion crowd.

Andrew Yang recently participated in a forum in New Hampshire, where he was asked about his position on abortion — and late-term abortion in particular. “I think we have to get back to the point where no one is suggesting that we be celebrating an abortion at any point in the pregnancy,” Yang explained. “There was a time in Democratic circles where we used to talk about it being something, like, that you don’t like to see, but should be within the freedoms of the woman and the mother to decide.”

READ: The abortion industry wants abortion legal even if it means women are unsafe

Yang then said it is important to be careful about “tone” when discussing abortion, particularly when it comes to trying to bridge the gap between pro-abortion and pro-life Americans, adding:

I think that it should be completely up to the woman and her doctor and the state should not be intervening all the way through pregnancy. But it’s a tragedy to me if someone decides they don’t want to have a child and they’re on the fence and then maybe at some point later, it’s a very difficult personal decision and it’s something that we should be very, very sensitive to. I think that celebrating children, family … these are universal human values and if we manage to lead on that and say that we also stand for women’s reproductive rights, I believe we can bring Americans closer together on a really, really important personal issue.

Yang on late-term abortions #OurRightsOurCourts: “We have to get back to the point where nobody should be celebrating abortion… it’s a tragedy, to me, if someone decides they don’t want to have a child… celebrating children, family, these are universal human values” pic.twitter.com/HdgFsTZzO8

The response of hardcore abortion supporters on social media was swift and scathing:

This kind of rampant pro-abortion extremism means that even candidates who support unrestricted abortion are not welcome in politics if they express any thoughts on abortion that are not completely celebratory. It’s apparently no longer enough to say abortion should be legal; for radical abortion supporters, it must be framed as something entirely positive and empowering.