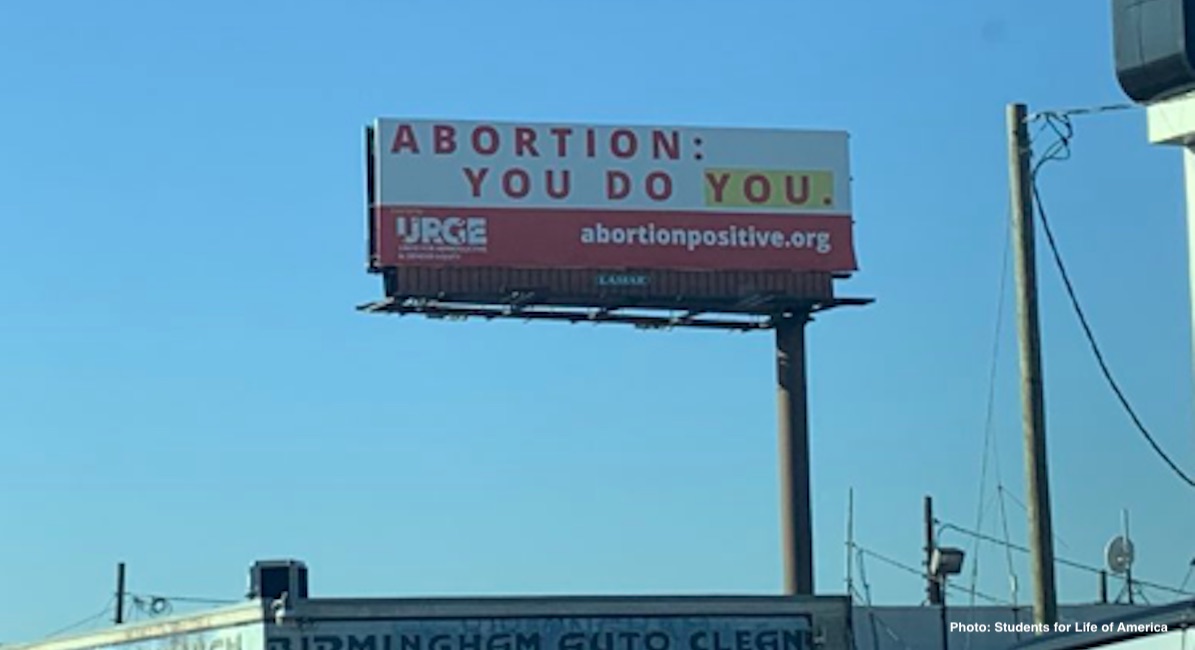 To protest pro-life legislation set to take effect in November, pro-abortion groups have put up four billboards in Alabama — three in Birmingham and one in Tuscaloosa. According to AL.com, the billboards were sponsored by national pro-abortion group Unite for Reproductive and Gender Equity (URGE) as part of the organization’s work with Alabama college students to “destigmatize abortion.”

Earlier this year, Alabama passed one of the strongest pro-life laws in the country, a near-total ban on elective abortion which makes abortion a felony for the abortionist except in cases of medical emergency or the mother’s life is at risk. However, abortion — the deliberate targeting of a preborn child for death — is never actually medically necessary, and aborting children considered “incompatible with life” is, in reality, eugenics.

Kimberly Inez McGuire, executive director of URGE, told AL.com the billboards are meant to “celebrate” abortion. “This [abortion] is a personal decision that each of us have to make. We want to celebrate that individual autonomy and abortion access.” To reflect this celebratory message about “autonomy,” the billboards read: “ABORTION: YOU DO YOU.”

Last month, a billboard in Tuscaloosa claimed 19,000 future Alabama fans were aborted and that Tuscaloosa was the “abortion capital of Alabama.” The website advertised on the pro-life billboard also revealed that more babies were aborted in Tuscaloosa than were born alive in 2017. The staggering number highlights that abortion is not simply a matter of personal choice, but one that affects other people.