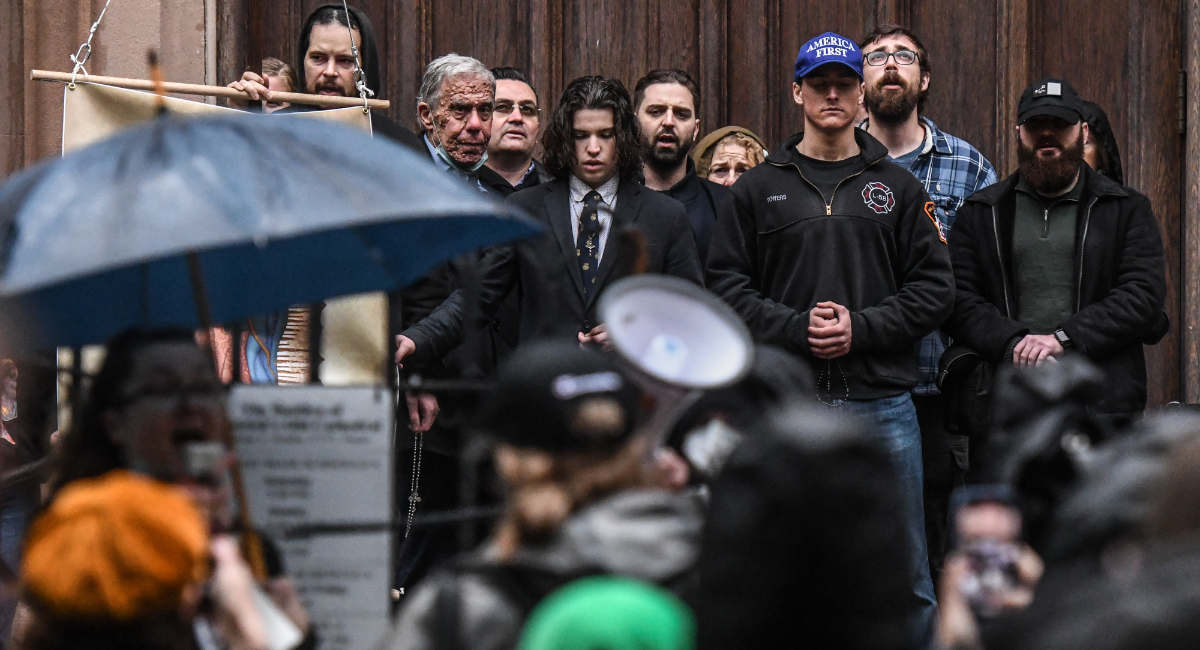 In the wave of violence since the draft opinion overturning Roe v. Wade was leaked in early May, a constant target of pro-abortion activists was the Basilica of St. Patrick’s Old Cathedral in New York City. Led by Rev. Brian Graebe, the parish holds a monthly Respect Life Mass, followed by a prayer walk to the Manhattan Planned Parenthood facility located a block away. This weekend, abortion activists held a counter-protest outside the church, leading to five arrests.

According to multiple media sources, including the New York Post and Fox News, a group of abortion activists descended upon the cathedral, shouting at anyone who attempted to enter, calling them Nazis. The Villager added that they marched around the cathedral, holding signs and yelling, “You don’t care if people die!”

In recent months, the pro-life events were cancelled on the recommendation of the New York Police Department (NYPD), who said police could not guarantee the parishioners’ safety. The cathedral has been threatened with arson, and has had recent processions blocked by violent abortion activists.

“From our clinic defense this morning. It was tough, antis were wily & some of us were brutally arrested by the NYPD (stay tuned for jail support updates),” the group wrote on Twitter. “But we won’t let them take away our victory. This was the view outside the clinic today, antis blocked. A beautiful sight.”

In a statement to Fox News, however, the New York Young Republican Club Catholic Caucus said it was the abortion activists who were violent, and included video footage of the protests, which were far from peaceful or respectful.

“The NYYRC Catholic Caucus denounces the violence once again directed at parishioners of Old St. Patrick’s this morning, another effort to terrorize Catholics, and we applaud any members of our group who attended their rosary rally,” they said, according to Fox News. “Open witness to Christ in New York City is a dangerous act; history will look fondly on those who stood nonetheless. Growing forces in this city want to stop anyone from standing for Christ. If so, we will kneel for him.”