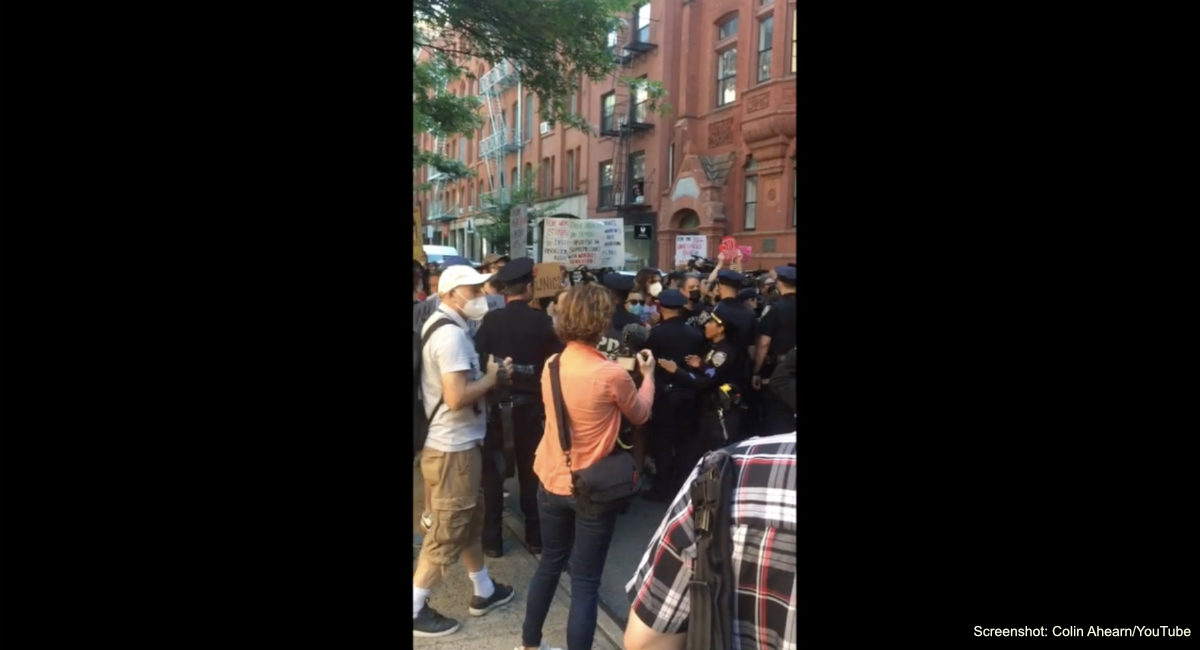 Pro-life parishioners participating in a monthly event called “Witness for Life” at the Basilica of St. Patrick’s Old Cathedral in New York City were mobbed by abortion advocates who attempted to block their procession on June 4.

According to National Review, the Witness for Life event, which is organized by the Catholic Archdiocese of New York, usually involves around 100 parishioners who meet for mass and then process several blocks to a Planned Parenthood facility while praying. However, as the procession departed on the morning of June 4, it was met by over 100 pro-abortion protestors organized by New York City for Abortion Rights and by the Democratic Socialists of America. The protestors surrounded the church entrance and tried to prevent the pro-lifers from starting their march, while yelling things like, “Abortion is healthcare; healthcare is a right,” and “Get up, Get out, New York is a pro-choice town.”

A large contingent of police officers was on hand to ensure the safety of the pro-life procession, physically removing some abortion activists who were being violent. This led to more angry chants from the abortion mob, including, “Racist cops, rapist priests, no matter what we’ll take the streets.”

This isn’t the first time that Witness for Life organizers have encountered violence; in both June and July of 2021, their efforts were met by angry mobs, which led to a request for increased police presence at the events. Last month, abortion enthusiasts blocked the doors of the church and successfully prevented the procession from taking place.

Reverend Brian Graebe, one of the procession’s organizers, told National Review that unfortunately he now expects this to be a regular occurrence. “It’s the most high-profile pro-life event in the city,” he said. “This is the new normal.” Graebe also said that both the police and the FBI were investigating threats made against the church following the event.

Father Fidelis Moshcinski, another of the procession’s leaders, said that he believes that the upcoming Supreme Court ruling in the Dobbs v. Jackson Women’s Health Organization case is fueling much of the anger from the pro-abortion side. He also noted that he has had the same group of protestors following him from state to state as he works with Red Rose Rescue to counsel abortion-minded women. However, he is refusing to let these scare tactics keep him from doing his pro-life work.

“As long as that abortion clinic is up the street, we will continue,” he said.