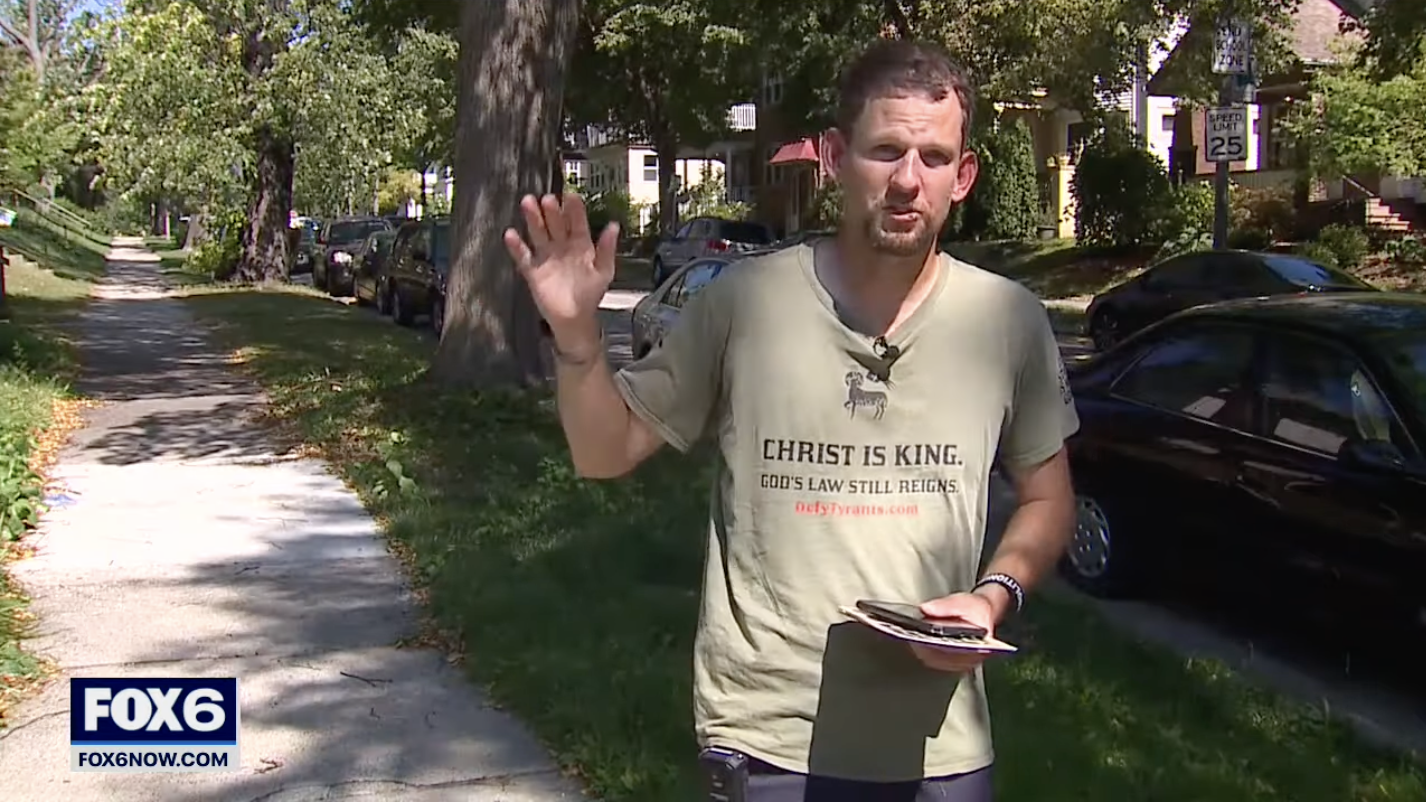 Several high school students in Milwaukee attacked a preacher speaking out against abortion on September 13. A bodycam and a Facebook Live video captured the assault against preacher Nicholas Heald. Heald spoke with Fox 6 about his encounter with the angry high schoolers.

Heald said he was standing outside the high school holding a sign featuring a photo of an abortion victim, and he debated with students for about 30 minutes before the attack. “Have any of you ever seen an image of a murdered baby before? I hope none of you, no one in the school is considering this,” Heald said to the crowd.

School security urged Heald to leave but he refused. One student then lunged at Heald, knocking him to the ground. A woman who was with Heald also captured the attack on video, helping him up after the assault. Heald told her to call the police, and then he stood up and continued preaching.

Heald told Fox 6 that he won’t let the assault stop him. “I kept preaching to the students. Showing them, I wanted them to see I love them. I care about you, I love you,” he said. “That’s why I am willing to get beat up or socked because I love you enough to give you the truth.”

Heald said he wants the police to charge the students, but says that he forgives them. “I forgive you. Jesus Christ can save you. I have no anger towards you for what happened,” he said. “I have no bitterness towards you, because I was a criminal before God, before He saved me.”

Unfortunately, violence against those witnessing for life is not unusual. Live Action News has previously reported on multiple cases of pro-lifers being assaulted while peacefully praying or sharing the message of life. Perhaps it’s unsurprising that people who advocate for violence in the womb are willing to assault anyone who disagrees with them.

Editor’s Note, 11/16/21: Upon receiving correspondence from Nicholas Heald, this article and title have been changed to clarify that Mr. Heald wishes to be known as an Abolitionist and not as a member of the pro-life movement.