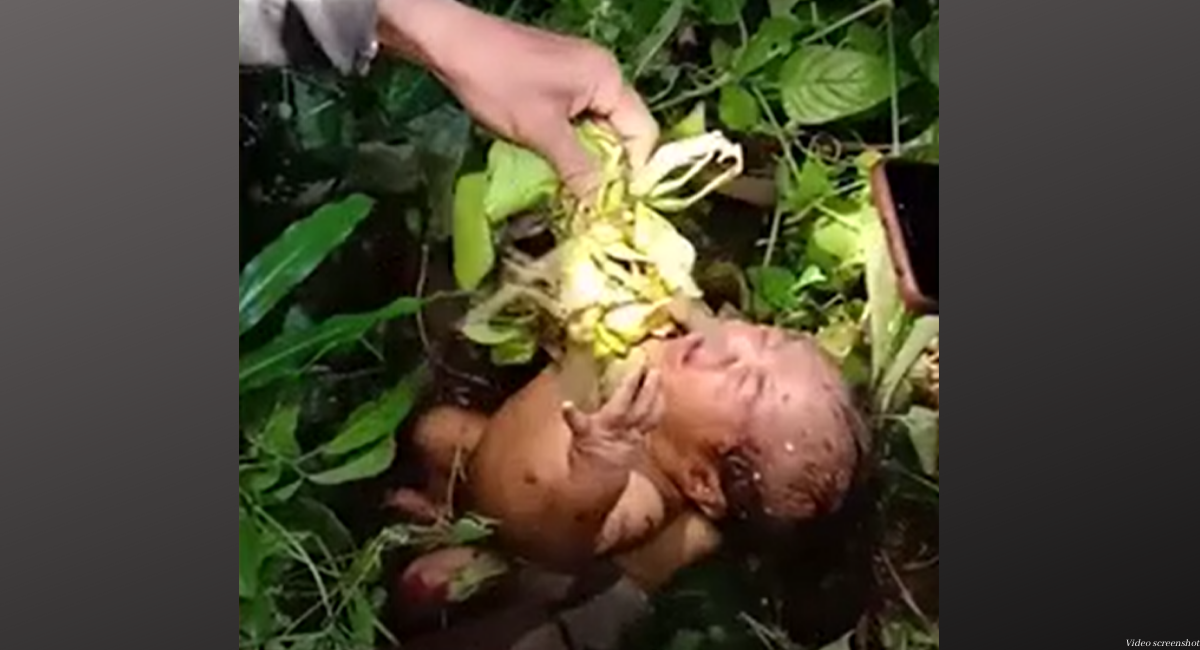 A newborn baby girl was found abandoned in Thailand on December 19, covered in bruises, cuts, and bugs after villagers spotted her while collecting rubber from trees in the province of Krabi. She had no clothes, and had been laid on top of dense green banana leaf plants, according to Express.

The villagers who found her lifted her up, and she began to cry and opened her eyes. They wrapped her in a blanket before calling the police and an ambulance, but did not want to risk carrying her for the duration of a more than hour-long trek through the night back to the village. She was taken out by stretcher and received treatment for dehydration.

She is expected to recover fully from the ordeal and is now being monitored at Khao Phanom hospital.

READ: Woman abandoned in a pillowcase in 1967 finally finds her family

“The newborn girl had worms and insects crawling over her body,” Police Colonel Prasit Yodthong said. “The nearest hospital records showed that no women had given birth there. It is likely that the mother gave birth elsewhere and abandoned the child in the middle of the hill. We are currently tracking down the newborn’s mother. She will be prosecuted. The baby could have died and we think that whoever left the girl knew this.”

The police are interviewing people from nearby villages in hopes of finding information on any women who were recently pregnant. They believe the newborn had been left outside for at least two days before she was found. Locals found it shocking that she survived for so long in an area that is home to cobras and pythons, with temperatures reaching nearly 100 degrees Fahrenheit during the day.

Once she is fully recovered, the baby girl will likely be placed into the government’s system for adoption.

Baby girl abandonment and sex-selective abortion are not common practices in Thailand, though they are common in other Asian nations like China and India. Abortion became legal in Thailand in 2021, and is now allowed up to 12 weeks.