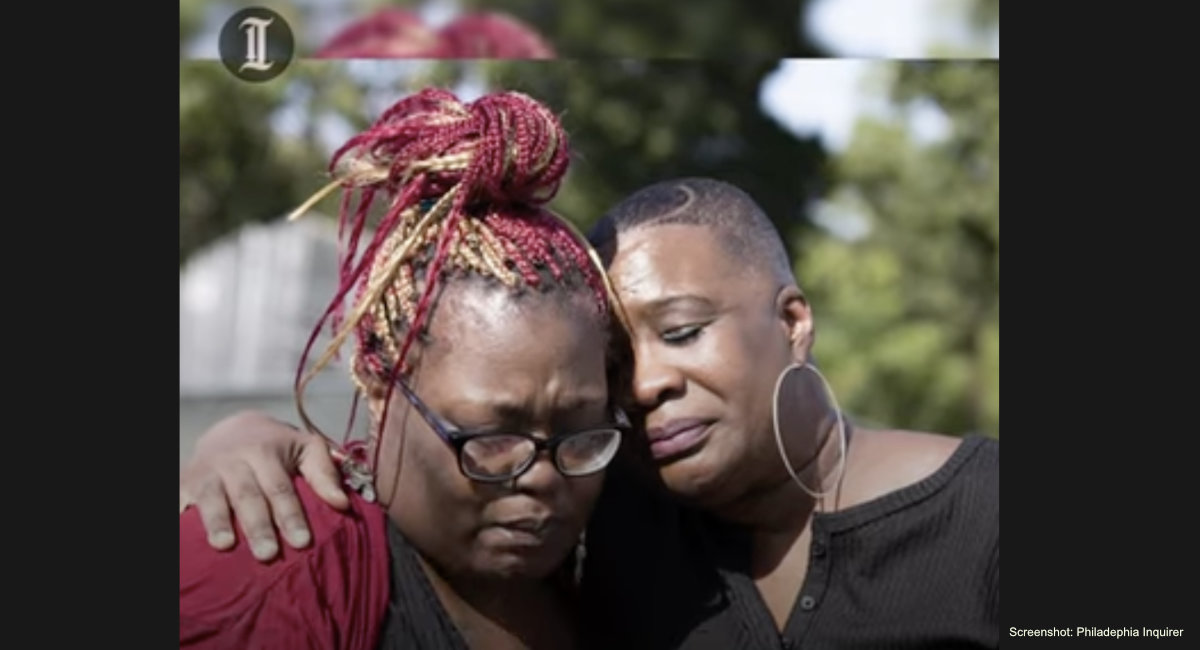 A recent story in the Philadelphia Inquirer tells the amazing way a family has found and embraced one of their own — a woman who was abandoned as an infant.

When Cheryl Edwards was born in 1967, she was left in a pillowcase and abandoned in a dresser drawer in a Philadelphia row house. At the time, a teenager living in the house heard the infant’s cries, and alerted his mother and another resident of the home, George Ikard. Ikard took the pillowcase — and the child in it — and dumped it in the trash behind the house, later telling a reporter that he was too nervous to look inside. Thankfully, a neighbor saw the incident and went to investigate, finding and rescuing the newborn Edwards.

Edwards was placed in foster care and was later adopted, but as the years passed, she was bothered that she knew little about the circumstances surrounding her birth. Hoping for closure and some answers, she reached out to The Inquirer to share her story. “Honestly, I didn’t think that anyone would respond,” she said. “I was holding out hope that someone knew something, I just didn’t know who.”

The response was more than she could have hoped for. Shelly Ward-Moore saw The Inquirer story and immediately recognized it. A grandaughter of Ikard, Ward-Moore was 12 years old when Edwards was born, and at the home at the time of the incident. “As soon as I saw the headline I was like, ‘I know this story!’ And as soon as I saw my grandfather’s name I screamed,” she said, later adding that she and other members of her family always wondered what happened to that baby. “When I would hear stories about people leaving their babies, I always thought back to that baby and wondered if someone is out there,” she said. “Nobody left bread crumbs.”

According to Ward-Moore, while Ikard threw the pillowcase in the trash that day, he knew it was a baby and suspected that it belonged to his daughter, Ward-Moore’s aunt. While the young woman was questioned by police at the time, she was later released. She is still living today, but is in a nursing home and is unable to speak. However, DNA evidence has revealed that her son is Edwards’ half-brother.

“In all the years of my life, it was always rumored in the family that she had the baby,” said Ward-Moore.

DNA evidence has also confirmed that Ward-Moore and her sister, Geraldine Ward, are Edwards’ first cousins. “I’m sorry how it had to be, but we’re going to make it better for her because we’re going to stand by her no matter what and give her all the support and love she needs,” said Geraldine Ward. “And she can always know that she has a family to count on if she needs anything.”

The family has indeed opened its arms wide to welcome Edwards without reservation. “We just want to love on her and welcome her and show her that we’re not going to give up and throw her away. I wish we could turn back the clock where this would have never went that way,” Geraldine Ward said. “I’m just glad she lived to tell her story. God kept her here for a reason. It was to tell her story. That’s why it’s coming out now.”

“The way they embraced me was unbelievable,” Edwards said. “I was a stranger to them, and now I’m family.”

While there were no laws surrounding infant abandonment when Edwards was born in 1967, there are now safe haven laws in each state that provide a safe way for parents in crisis to surrender their newborns. These laws generally allow parents to surrender their infants anonymously to appropriate personnel, and ensure that the children receive immediate and adequate medical attention. The laws are a safe and pro-life alternative to the infant abandonment suffered by Edwards. The laws vary by state; more information can be found here.