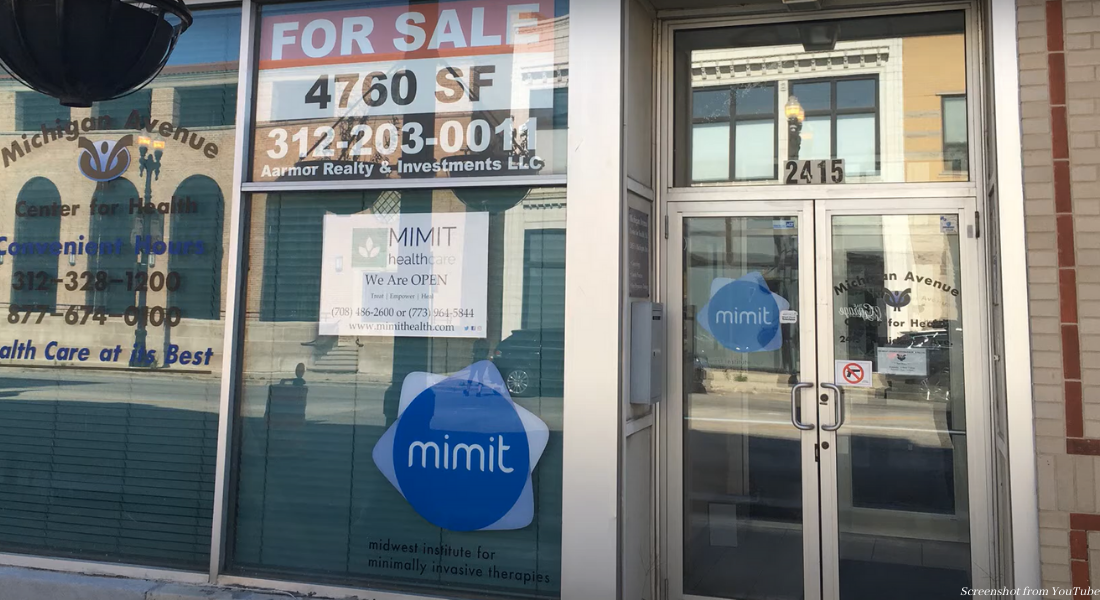 A 17-year-old girl was transported to the hospital by ambulance after falling unconscious and suffering from convulsions following an abortion in May at the Michigan Avenue Center for Health in Chicago, Illinois. Operation Rescue obtained the 911 audio, as well as the accompanying report.

After requesting the ambulance, the staffer on the phone told the ambulance not to come to the front door. “Can you come to the back of the building?” she asked. “The alley is a little bit more accessible.” But in actuality, photos included in the video released by Operation Rescue show a dirty, cramped space in the alleyway, with a dumpster right next to the door.

The staff member seemed unwilling to acknowledge that the young girl had undergone an abortion. “We have a patient convulsing after, uh…” she said, trailing off. “Her vitals are fine. She has a history of it. No medication, but the doctors just wanna— ”

At that point, the dispatcher cut her off, asking in seeming disbelief, “Is this a doctor’s office?” It was only then that the staffer conceded that the girl had undergone an abortion.

The dispatcher confirmed that the girl was still breathing, as well as her age, and then let the staff member know help was on the way. The event report further clarified that the girl was unconscious—something not mentioned in the 911 call—and that she was delayed in getting medication to treat her seizures.

This particular abortion business is owned by Vinod and Vijay Goyal, who have previously operated a chain of abortion facilities in the Chicago area. Yet their facilities have been steadily closing, and the Michigan Avenue Center for Health is currently listed for sale as well. Originally the owners of seven facilities, once this facility closes, the Goyals will be reduced to just two. Considering their history, this is sorely needed in order to protect Chicago women.

In 1996, the Goyals were caught trying to scam an insurance company, charging over 10 times the cost of the actual abortion procedure, and the state took disciplinary action against them. Some of their other facilities were considered so dangerous that they were shut down by the state until every surgical instrument in the facility had been sterilized, and the staff had gone through mandatory training. One woman died at a facility owned by the Goyals after not being properly monitored post-abortion. Numerous other facilities were found to have deficiencies when inspected.

“The world will be a better place once the Goyals are out of the abortion business,” Troy Newman, President of Operation Rescue, said. “Abortion is not safe, especially at nasty clinics like those operated by the Goyals. The 17-year old girl who was hospitalized with seizures after her abortion unfortunately found that out the hard way.”