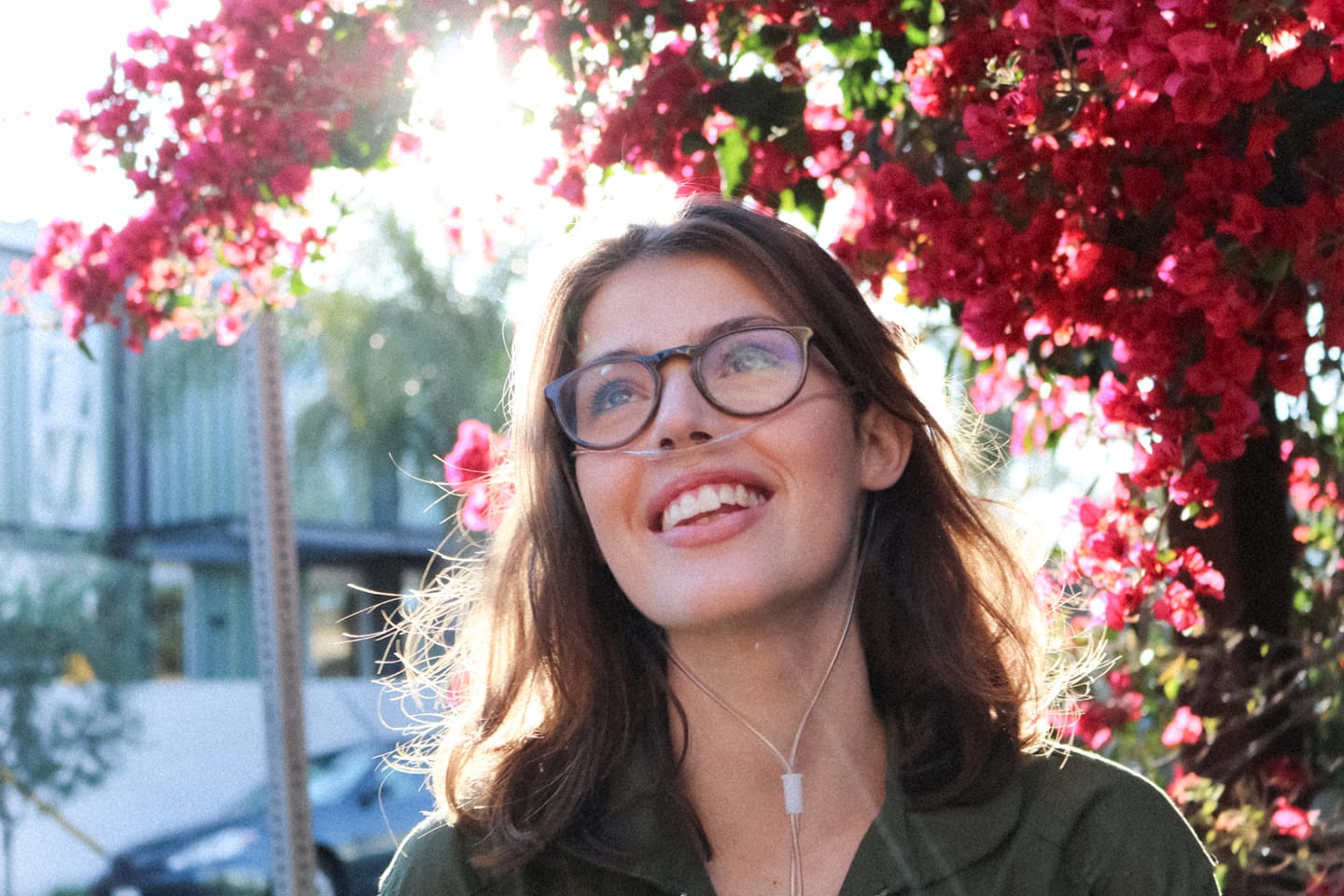 Claire Wineland was a baby when her parents learned she had a genetic condition called cystic fibrosis. Her life expectancy at the time was just ten years old, but Wineland recently died at the age of 21 – more than double what doctors had predicted. During those “extra” years of her life, she created the Claire’s Place Foundation and taught the world that being sick does not mean that your life can’t be amazing.

“I’ve spent a quarter of my life in the hospital, had around 35 surgeries, had a very abnormal life,” she said in an interview with PopSugar Moms. “And yet, I’ve thoroughly enjoyed it.”

After nearly dying at age 13, Wineland woke from a coma and decided to make it her life’s purpose to explain to everyone how it’s possible to “be sick and live a life that you’re proud of.” She said that most of the time when someone gets sick, they basically stop living until they get better. They focus on “how to get to the other side,” which she said doesn’t exist.

As a child, she didn’t have any role models who were sick like she was. So she became one. She traveled, became a speaker, went on dates, and ran a non-profit. She turned her bland hospital rooms into her own personal spaces complete with pretty pillows and twinkle lights. And none of what she accomplished was in spite of being sick, but because she was sick. Being sick allowed her to do and accomplish amazing things, including sneaking out of the hospital to meet her favorite politician, Bernie Sanders.

People who are sick or disabled don’t spend their life thinking about death. They think about everything that the rest of the world thinks about and worries about. Death, she said, was the last thing that she was concerned about. Wineland taught us that a life of health challenges is not something to be afraid of. It’s a life like anyone else’s, with the same opportunities for the wonderful, the amazing, and the normal to occur. Even more, Wineland said that the “people who suffer most in life actually have the most to give.”

Wineland isn’t the only person giving a voice to the people who others think don’t have lives that are worth living. Frank Stephens, an actor and Special Olympian who has Down syndrome, recently testified before Congress regarding Down syndrome research and abortion rates, saying, “I am a man with Down syndrome and my life is worth living.”

Stephens has lectured at universities, and acted in an award-winning movie and Emmy-winning television show. He calls people with Down syndrome “a medical gift to society” and a “blueprint for medical research” into conditions including cancer and Alzheimer’s. He says that most people have prejudiced and outdated notions of what life with Down syndrome is like and he wants society to focus on researching the condition — not terminating preborn people with it.

In 2016, Ben Mattlin wrote an opinion piece for The New York Times, discussing the sudden death of a woman living with the same condition he has: S.M.A. or spinal muscular dystrophy, a congenital and progressive neuromuscular weakness. He wrote about how Laurie Hoirup had spent her life fighting for rights for disabled people and had served as chief deputy director of the State Council on Developmental Disabilities. Mattlin and Hoirup both believed in the equal and fair treatment of people with disabilities as well as equal and rightful access to jobs, dating, housing, etc.

“I decided long ago that if I’m going to like myself, I have to like the disability that has contributed to who I am,” he wrote with the help of a voice-recognition computer.

Shortly after Hoirup’s death, Mattlin learned of the death of Jerika Bolen, a 14-year-old girl with S.M.A. who had refused life-sustaining treatment and died. He said that according to news reports, she was comforted in choosing death by the idea of Heaven where she was told she would be able to move freely and without pain. She was essentially taught that in this world she was being held back – that she deserved to be able to move and run and live without pain — as if life with her disability was something less than, instead of equal to.

“My reaction to this is strong and difficult to express,” said Mattlin. “Growing up with a disability, I often became isolated. Feeling devalued by my peers, with no confidence in my future, I experienced intermittent but profound depression. One can take only so many surgeries, so many bodily betrayals, so much rejection, before wanting to give up. […] I dare not judge Jerika Bolen. […] But I do wish she had found the will to live. I’m saddened – as were many others with S.M.A., and some disability rights groups – to think others might grow so weary or apprehensive that they follow her example.”

He wonders if Bolen had received the same interventions that any other suicidal 14-year-old would have or if she had received the psychological help that a “typical” teen who wanted to die would have. He said, “If I’d had the chance I would have told her that society needs its disabled people, too.”

Mattlin lives a full life with his wife and children and he wishes Bolen had the opportunity to do the same rather than “put her hopes and dreams into the idea of a heaven of unfettered athleticism.”

“I wish I could have convinced her,” he said, “that she wasn’t better off dead than disabled.”