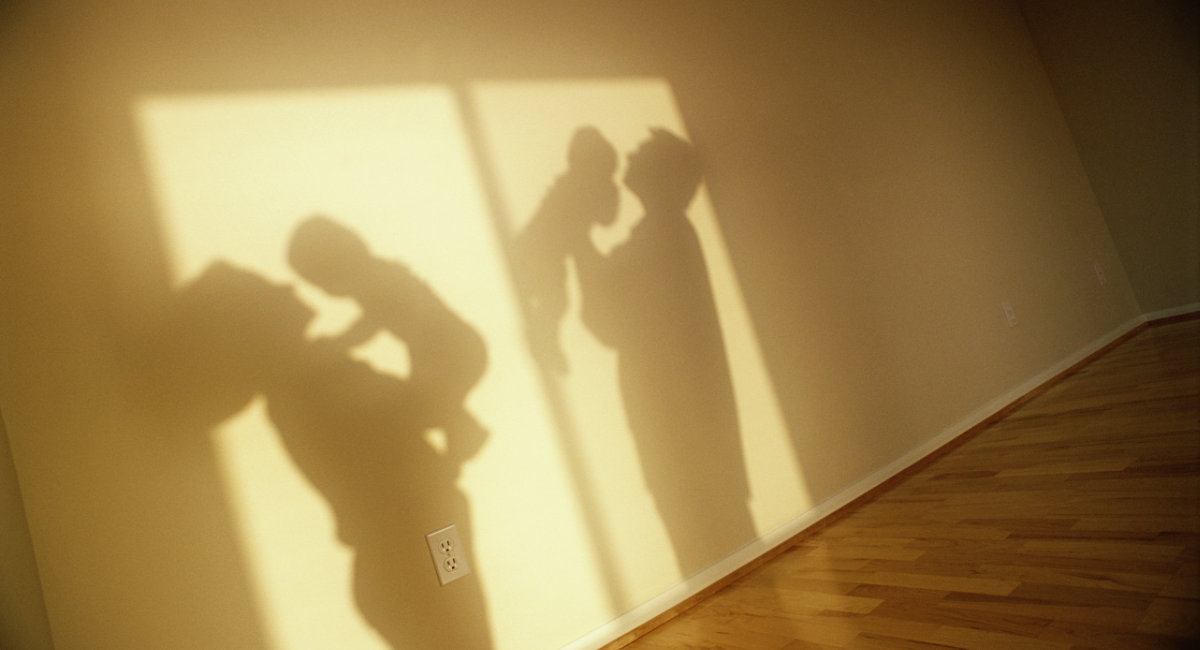 There have been generations of lives lost to abortion under the horrific Roe v. Wade Supreme Court decision which overruled state pro-life laws in 1973, forcing abortion upon the entire nation.

Since Roe, an estimated 63 million preborn babies have been killed legally in the United States. In the past decade alone (2010-2020), abortion has violently ended the lives of nearly 10 million preborn babies in the past decade. Over 50 million Millennial (24.5 million) and Generation Z (26 million) babies have been killed by abortion combined, according to data published by Planned Parenthood’s former “special affiliate” and research arm, the Guttmacher Institute.

The most recent data published by Guttmacher for 2020 revealed that 2,548 preborn babies are now ended every day by abortion in the United States — 106 per hour, and nearly 1.8 every minute.

Live Action News documented the following losses among the generations since Roe v. Wade. To determine the generational categories, Live Action News used age definitions for the various generation groups published by Pew Research, along with reported abortion data published over the years by Guttmacher (Note: the data has varied year to year due to estimations and 2018 data has not been made public).

Between 1973 and 1980, there were an estimated 8,736,000 preborn lives lost to abortion among Generation X, identified by Pew as those born between 1965-1980. This is more than the entire population of the state of Virginia, and exceeds populations in all but 11 states in the U.S., according to 2020 population data estimates.

Millennials are identified by Pew as those born between 1981 and 1996. In that generation, an estimated 24,514,400 Millennial preborn lives were lost to abortion. Data by state published at infoplease.com for 2020 indicates that this would amount to more than the population of the state of Florida, and would exceed populations in all but two U.S. states.

Pew Research defines Generation Z as those born after 1996. Between 1997 and 2020 (the last published report from Guttmacher, excluding 2018 which has not been made public), there have been an estimated 26.000,000 preborn babies from Generation Z lost to abortion. This, like those in the Millennial generation, also amounts to more people than the entire population of Florida in 2020, and would exceed populations in every individual state except Texas and California.

The preborn lives lost to abortion among Millennials (24.5 million) and Generation Z (26 million) each outnumber the populations of a multitude of countries, according to a 2022 estimate published by WorldMeters.info, such as Finland, New Zealand, Sri Lanka, Romania, Guatemala, Ecuador, Netherlands, Cambodia, Rwanda, Sweden, Portugal, Cuba, Belgium, and many others.

Collectively (50.5 million), these lives lost outnumber the populations of Columbia, Spain, Uganda, Argentina, Algeria, Sudan, Ukraine and Iraq, among many others. 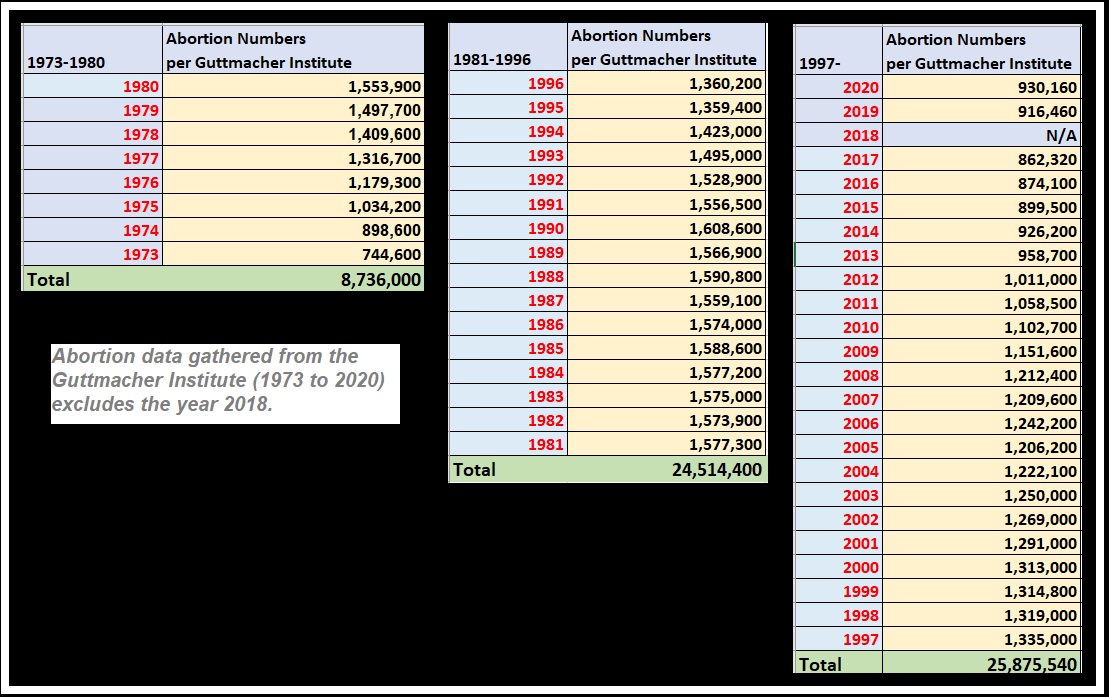 Using data published by Guttmacher, we can also see the impact abortion has had in America by decade:

Between 1973 and 2020 (the latest data published by Guttmacher), there were approximately 60 million abortions reported. Tragically, the number of lives lost to abortion are now estimated to be as high as 63.5 million or more.

To give some perspective, 63.5 million lives is higher than the populations of California and Florida combined in 2020. It also represents slightly more than 83% of the total number of children who were registered in school (76.4 million) in 2017 according to the CDC, and 19% of the entire U.S. population, which the U.S. Census Bureau projected had reached 332,403,650 on Jan. 1, 2022. In addition, these babies killed by legal abortion since 1973 would total nearly three-fourths of the population of Germany, nearly half of the population of Mexico, and nearly all of the current population of South Africa and Italy.

While the U.S. Supreme Court overturned Roe v. Wade in June, they failed to fully protect preborn children, instead allowing states to decide who lives and who dies. In the words of philosopher-theologian Marcel Guarnizo, while the latest decision in the Dobbs v. Jackson Women’s Health Organization case restored “greater legitimacy” to the Supreme Court, “It was clearly a delegitimizing factor for the Court to have ruled that, based on their decision, mothers could kill their children in America.”

Describing the majority’s opinion in the Dobbs decision “deeply flawed,” Guarnizo points out that the majority failed to “affirm that a right to life exists or that the child in the womb has equal rights to any of us after birth.” In fact, the decision which derailed Roe “conferred authority on the states and the people ‘to decide who lives and who dies,’” Guarnizo noted, adding, “This vacuous mantra of the Dobbs decision again affirms the lethal error that gave us Roe and Casey.”

“In truth, no court, state legislature or referendum of the people has any moral, legal or just authority to decide which babies live or die. Any claim by anyone to this authority is intrinsically anti-democratic and totalitarian,” he stated.

As Live Action News previously stated, “Preborn children deserve protection from homicide, not a passing of the buck from the Supreme Court to state legislators about who regulates which preborn humans are allowed to be murdered at what ages of gestation.”