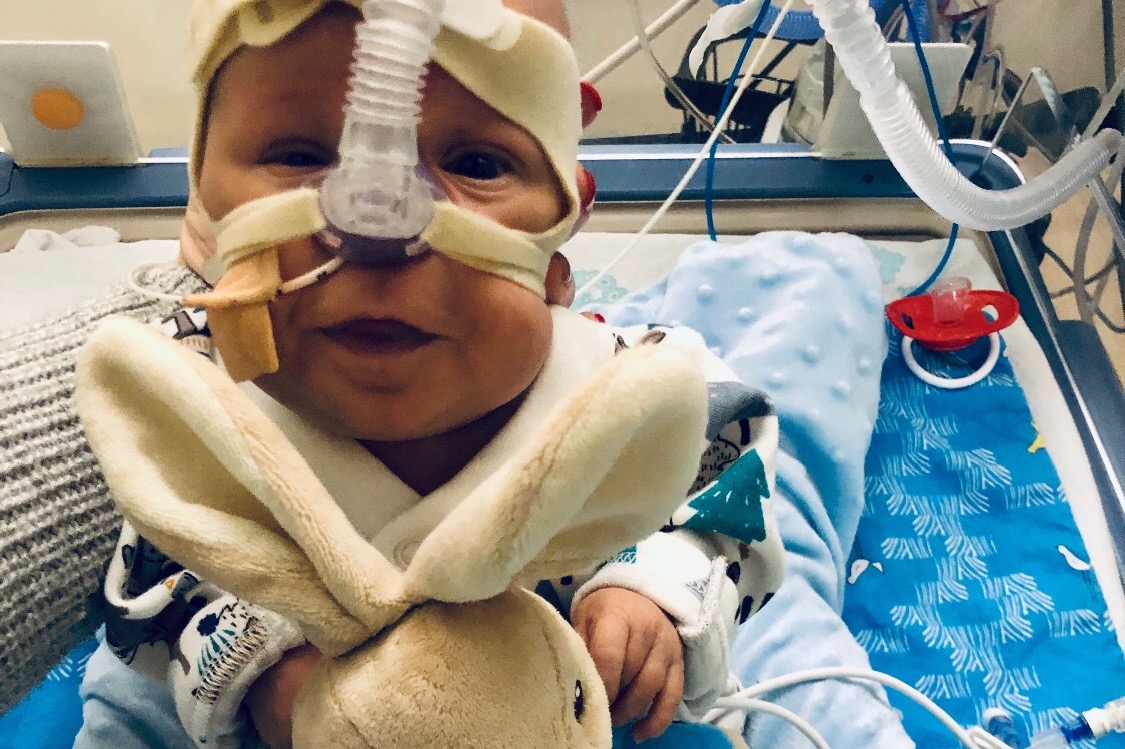 Baby George was born in July 2018, but he wasn’t due until October. His mother was just 23 weeks pregnant when she went into labor, and the premature baby boy weighed only one pound and five ounces at birth. He was only as long as a syringe. Yet, despite doctors predictions that he would die, he was recently released from the hospital.

According to the Mirror, George’s parents Hanna Rose and Daniel Bownes were told by doctors that George, who was born a week before the abortion cut off in the UK, had a one in a million chance of surviving.

“I was convinced that he was going to die so it’s truly a miracle that he’s here with us,” Rose told the Mirror. “Each and every day we have with him is a true blessing.”

Rose said her “world fell apart” when she went into labor at just over five months pregnant. Labor was four long days before she gave birth to George at 23 weeks and six days gestation. She says that since he was not yet 24 weeks, doctors were not going to provide any medical intervention to save his life and she was terrified he would be stillborn.

George was “feisty” but need to be placed in a plastic bag in an incubator and put on life support within minutes of his birth. According to the family’s Go Fund Me page, George developed NEC, a common disease in the bowel of premature babies, at just six days old. Although he was so young that his skin was transparent, doctors performed surgery on his bowels. During the surgery, his liver was accidentally nicked which required an emergency stoma and blood transfusions. After the surgery, he developed meningitis as well as sepsis – a life-threatening illness caused by the body working overtime to fight an infection. His body went into septic shock. George’s parents were told that his life support would be turned off.

“My baby boy hadn’t even opened his eyes yet and seen his mummy or daddy, or managed to cry,” Rose wrote on Go Fund Me.

Doctors were so sure the baby had just minutes or hours to live that the family had the hospital chaplain come to see him for a blessing. Then miraculously, George began to show improvement, shocking all of the doctors.

“It was horrendous – the vicar came and blessed him and sat with him – we were told it was best to turn [off] his life support,” said Rose. “But we were reading to him and suddenly the numbers on his blood pressure were coming up, it was amazing.”

George was a miracle. He spent 26 long weeks in the hospital, beating sepsis four times, before finally being released to go home. He now weighs over six pounds but still requires the assistance of an oxygen tank. He will need surgery on his heart in the future.

“He’s proved everyone wrong and gone against everything the professionals know,” said Rose. “We believe he is going to carry on doing that and with the right help he will thrive.”