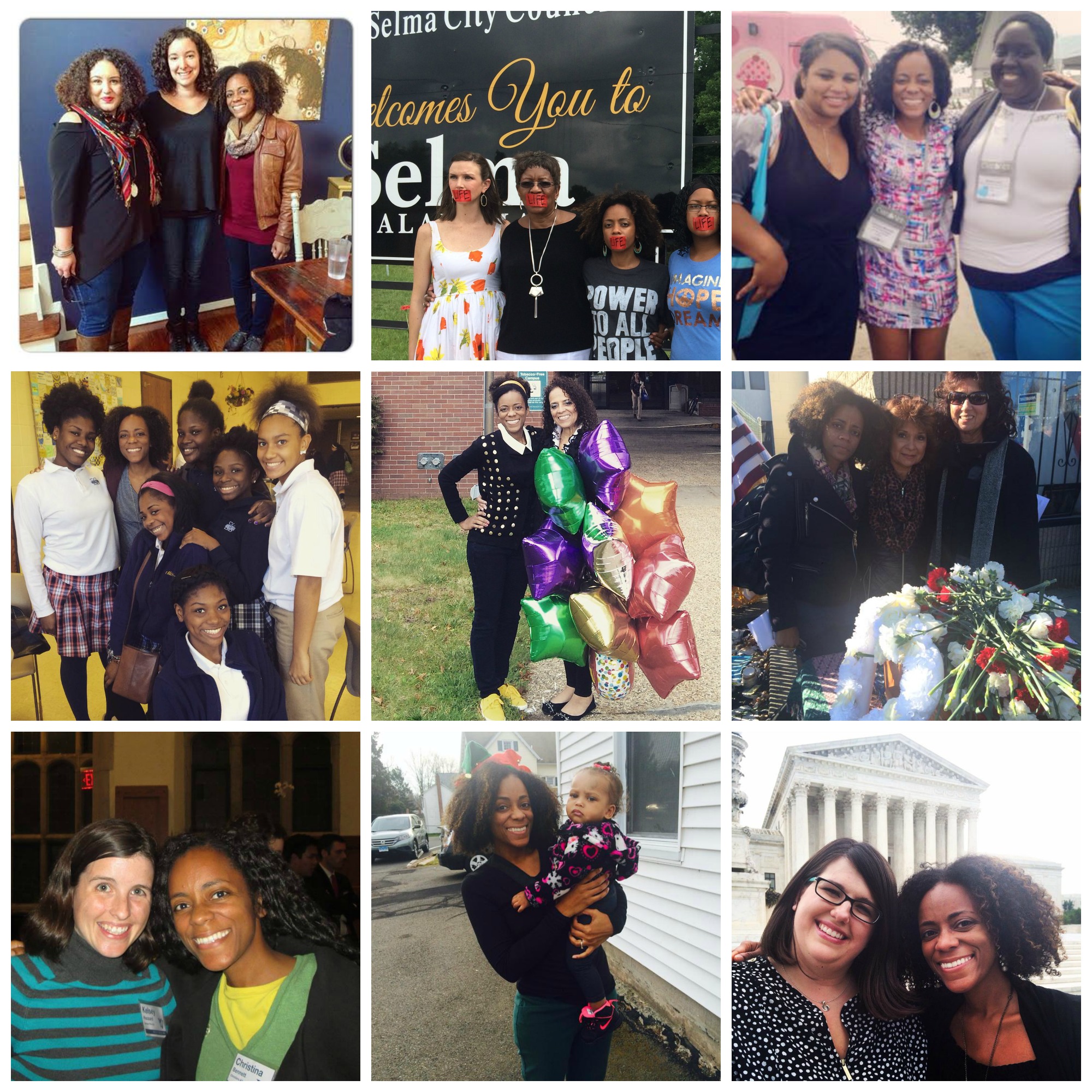 It’s the last day of 2015 and it was a wonderful year. Since I’m inspired by the #2015BestNine pics all over social media, here’s nine life affirming moments I’m grateful for! Shelby, Becca and me
R to L

Filmaker Becca Roth invited me to take part in a project focused on people with opposite views coming together to dialogue. Becca set up a conversation between me and pro-choice feminist activist, Shelby Knox. I have to admit I was intimidated when I found out Shelby was mentored by feminist, Gloria Steinem.  Nevertheless, I was willing to have an honest conversation about abortion.

We talked politics, faith, personhood, women’s rights, and even about our curly hair. At the end of of the conversation, Shelby said that while our talk didn’t make her pro-life, she really liked me as a person. In a time when people view those with conflicting views as enemies, that was a win in my book.

It was an amazing experience to take part in CareNet’s annual conference in San Diego this September. We learned that in CareNet’s history the combined pregnancy centers have helped save over 400, 000 children from abortion. A special moment for me was meeting young leaders like Autumn Williams, who was a teen mom and is now working to have her own life affirming pregnancy center. Autumn inspired me with her courage!

7. Praying with pro-life heroes who shut down a Connecticut abortion facility! Marilyn and Carmen are some fierce ladies. They’ve reached out to women going in for abortions at Summit Medical Center in Bridgeport, CT, for over 25 years.  In that time, they’ve seen over 2,000 babies saved because of their sidewalk counseling, and over 400 women began a relationship with Jesus.

They provide resources and are mentors to the moms. It was an honor to stand with them as they celebrated the closing of this abortion facility, and mourned the lives of the thousands of babies. My husband and I with film producer Jason Jones Me with Kelsey Hazzard from Secular Pro-Life Dave Sterrett, author of ‘Aborting Aristotle’ and ‘We Choose Life’. This past October, I went to a conference held by CLAY, a pro-life group of students at Yale. In addition to meeting inspiring students, I also became friends with secular pro-life leader, Kelsey Hazzard, author, Dave Sterrett, and film producer, Jason Jones. The pro-life movement has some of the most passionate people in the world.

5.  Being a Christmas elf and handing out gifts to over 100 kids!

It was a wonderful joy to pass out Christmas gifts to over 100 kids through the pregnancy center I work for. So grateful for all the generous donors that made Christmas morning brighter for needy families. Volunteers at the pregnancy center

4. Sharing the value of LIFE with an entire Jr. class of a Catholic High school!

What a honor to teach seven classes of junior high schools about the dignity of the preborn child. A special highlight was having two girls approach me after class, who told me they were grateful to have been adopted and not aborted. 3.  Being a part of Students for Life’s ‘Call Him Emmett’ project and ‘Women Betrayed’ rallies.

The Center for Medical Progress released their undercover videos this year exposing Planned Parenthood, and the pro-life movement spread the word. The ‘Call Him Emmett‘ project gave people a space to share their emotions over the aborted children they saw in the videos. The ‘Women Betrayed‘ rallies were held across the country in protest of the way the abortion industry targets women. 2.  Finding out the illegal abortion facility we marched to shut down in Selma, AL, closed!

Pro-life leader, Catherine Davis, had a vision to take a team to Selma, AL, to pray for an illegal abortion clinic to be shut down. Her idea named ‘The Selma Project‘ highlighted the way the industry targets and betrays black women. Traveling by bus to Selma and seeing the clinic close down in December was a great moment for justice. Having the march filmed by ‘Eyes of the Heart Films‘ for an upcoming pro-life documentary called “Hear from Heaven” made the experience even more amazing. Power to the People shirt design by Ryan Bomberger Marching over the Pettus bridge in Selma

This was the best pro-life moment of 2015. My mom and I went back to the hospital in Hartford, CT, that she walked out of 34 years ago. She had an appointment to abort me in this building, but she changed her mind! (Read our story here.)

Thankfully, the hospital merged with a Catholic one and no longer commits abortions. We wanted to release a bunch of balloons but it’s against the law in CT to do so, because we have laws that protect animals. In 2016, I’ll continue to fight for laws that protect baby humans, too.